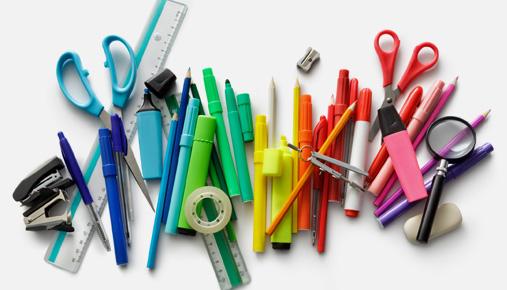 Do you have a child heading for college in the near (or far) future? It’s exciting to think about all the opportunities a college education can offer, but paying for it might bring back nightmares of that final math exam you once barely passed. That’s why it sometimes pays to learn more about 529 college savings plans, particularly 529 tax plan benefits. Taking proper advantage of a 529 tax deduction can potentially help you pass the next final exam: Juggling between saving for your child’s education and your own retirement.

For many financial advisors, these factors reinforce the appeal of tax-advantaged 529 college savings plans as part of a broad approach to financial preparedness.

Before delving deeper into how to take advantage of 529 plans, let’s put an exam question out there right away: What’s most important to save for: your retirement or your kid’s college tuition? It may come as a surprise, but parents’ primary obligation should be their own retirement planning. If you hold a 30-year mortgage, you get to live in the house while you pay it off. If you borrow for college, you pay off that debt while you work. Guess what? There’s no pay-as-you-go during retirement. Unlike houses, cars, and college, you must pay for retirement before you arrive. Keep that in mind while you consider how to balance your savings.

As a parent, you probably already understand that college expenses have increased exponentially since you attended way back in the Stone Age. And the return on investment is different, meaning not all career choices compensate for the cost of training and education as they may have once done. Beyond that, many now require advanced degrees.

These challenges explain why a 529 plan can be an important part of your broader financial planning: there’s a very reasonable point of entry.

Are There Any Disadvantages to 529 Plans?

Some potential drawbacks include:

That said, the opportunity for tax-free growth offered by 529s may outweigh the benefits of any alternative investment approaches. Also, remember to distinguish between college savings plans and tuition pre-payment plans (TPPs). The latter have a variety of significant limitations that might make them less attractive.

Limitations of TPPs include:

TPPs don’t cover room and board, which is half the cost of collegeThey are designed for use only with state colleges where you live—a problem if you move or if your child wants to go elsewhereSome states have discovered that they can’t honor the promises they’ve made to investors. As a result, those programs have either shut down or reneged on their promises

For the most part, 529 plans have avoided these problems.

Obviously, one of the benefits of a 529 is the chance to let money grow tax-deferred over time, so the sooner a plan is created, the better. But for parents who don’t start until their kids are teenagers, a 529 can still be effective.

Keep in mind that you’ll have at least four and likely five or six years of undergrad costs to plan for. So, for instance, if a plan is started when your child is 15 and he or she needs resources through age 23, that’s eight years for a plan to grow. You might try for loans, scholarships, or work-study to pay for tuition and expenses for the first years and then tap the 529 in the final years of school.

Plus, if you have more than one child headed to college, there’s flexibility in changing beneficiaries to other family members without adverse income tax or penalties. The first child’s tuition brings sticker shock, often, and then the reality that there’s a need for planning kicks in so that you can get all the kids through college.

Also of note: the 2018 federal tax law extended the 529 plan such that it can be used for tuition at grades K-12. Some states, however, may have additional restrictions, so be sure to check the specific 529 rules in your state.

College funding is both a personal and a national policy challenge.

The Great Recession weakened public funding for higher education, and remains a concern as some states struggle to rebuild their coffers or deal with pension shortfalls. It’s a reminder that government support of higher-ed financial aid is not fool-proof. Private school endowments, which fund scholarships, were also hit by the recession but are improving. Tuition is on the rise, and total student loan debt in the U.S. as of mid-2017 topped $1.3 trillion, according to the Pew Research Center. About four in 10 adults under age 30 have student loan debt, the research center said. Roughly one in five adults ages 30 to 44 (22%) have student loan debt, as do 4% of those 45 and older.The median borrower with outstanding student loan debt for his or her own education owed $17,000 in 2016, according to the Pew Research Center. The amount owed varies considerably, however. A quarter of borrowers with outstanding debt reported owing $7,000 or less, while another quarter owed $43,000 or more.

Stretching the Benefits of 529 Investing

Remember the importance of communication in helping you potentially avoid college-cost surprises. For instance, talk to your children about their career plans and higher-ed aspirations to help determine the best fit so you can hold down costs. Some ways to save include:

Starting your student at a community college for one or two years to get the basic courses out of the way and then transferring to a state or private institution to sharply reduce the cost of a degree. Scholarship and financial-aid research can be time-consuming, but is often well worth the effort. For some families, eliminating room and board costs by living at home or off campus can be effective.

Times have changed, and that can play into college plans and how you approach tuition, as well. When asked in the 1960s, incoming UCLA freshman said they attended college with hopes of making the world a better place. By contrast, many of today’s students often say they go to college to get a better job and earn more money. So it really is all about return on investment (ROI) these days.

Few employers ask a job candidate where they spent their first two years of college—they just care that you have the degree. And subsequent employers care mostly that you have the experience and skills to do the job. So it’s important that students don’t spend more for their degree than necessary from an ROI perspective.