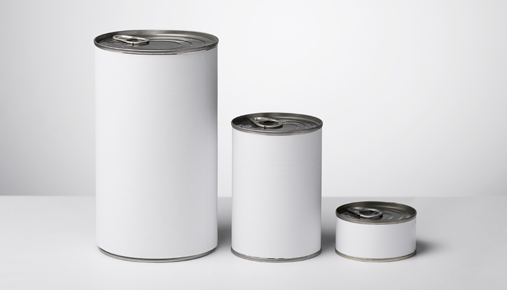 Can You Reduce Trading Losses By Hitting the Scales?

Assuming you haven’t discarded your New Year’s resolution in favor of leftover candy canes, then you might be trying to shed some holiday pounds. If you’re like me, you’re still working on some Independence Day, Halloween, and Thanksgiving pounds, too. This task is even harder because the grocery store’s “seasonal” aisle is already full of chocolate hearts for Valentine’s Day. So how do we fight temptation? One number at a time.

The authors of the book Change Anything: The New Science of Personal Success suggest that hitting the scale every day is one factor in keeping weight off. Scaling in to trades with regularity can be a healthy solution, too, by helping you potentially reduce trading losses.

Losses are inevitable. This is why some traders say the key is to reduce the damage to your long-term success. Traders typically try to do this in three ways. First, they commonly use a stop-loss order. Second, they determine how much of an account to risk on each trade. Third, they accumulate a position by scaling instead of jumping all in at once. Let’s look at an example.

The main takeaway? The stop-loss order will help this trader potentially manage losses if the stock falls, but it also helped her determine how many shares to buy in the first place. She’s scaling in.

Even when you’re monitoring your portion size, sometimes that hand slips back in for another helping. Slippage is a very real problem when using stop-loss orders. Stocks can move fast, and they can gap. This means your order may not fill where you expected, which could mean you lose more than you planned. Scaling can help with this problem too.

Some weight-loss specialists say that eating small, frequent meals each day will boost your metabolism. Although there is some controversy around whether or not this works, it might at least keep you from binging. Similarly, scaling in to a trade won’t eliminate all losses, nor will it make you immediately profitable, but it can help you manage losses when trades go badly.

Let’s look at an example that divides the amount invested into different groups. We’ll build the position in three groups of shares.

Here are the details for the first group:

The entry price of $146 and the stop price of $140 means we only have about $177 at risk. This means only about 0.05% of the account value is at risk. This is well below the 1% rule for our example. The potential profit tells us the value of the trade at the current price. Right now, we are down the commission we paid.

Let’s look at the second entry:

The second group is purchased after the stock rises. This means the new entry price for the shares is $151.77. We also moved up the stop to $145.77. The stop-loss order has reduced our risk to the first group to about $16.43. It also has a current potential profit of $151.57 minus commission if the stock was sold at the sell-stop price. Only 0.38% of the account is currently at risk because the potential profit in the first group is offsetting the potential loss in the second group.

And the third and final group:

By adding the third group, we have purchased shares at a higher price, but we were also able to move up the stop-loss order. This has virtually eliminated the risk for the first group, reduced some of the risk of the second group, and has a combined potential profit of $212.44 ($192.73 + $29.70 – $9.99). The percentage of the account at risk is now about 0.61%, which is still well below the example’s 1% rule. If the stock falls, the small profit in the first group can help offset some losses in the second and third groups.

All this work entering a trade pays off in the long run because it allows you to potentially manage losses. Smaller losses mean less pain when a trade goes wrong. But the most important part can be when you get to let your winners run. Getting past the initial entry tends to be the hard part. However, when the stock gets going, watching it run is when trading gets fun. From this point on, you can begin to adjust your stop-loss orders by maintaining the 1% rule. However, you’re doing your best to try locking in those profits along the way.

Now, if only we could lock in weight loss …