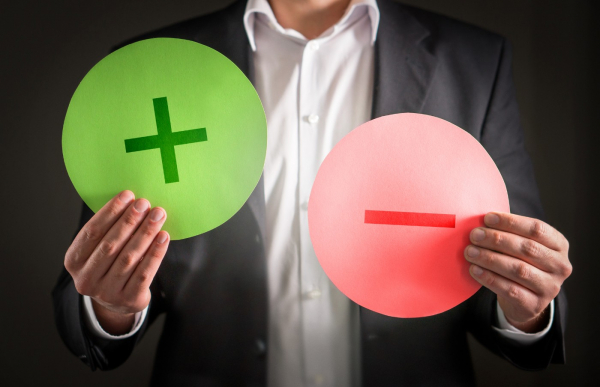 Negative rates may seem far away in the U.S., but by one measure they’re here already

The Fed might have to eventually consider negative rates, some analysts say

How does it feel living in a negative-interest rate environment? Look around you and see!

Negative interest rates are a fact of life overseas, and we’re arguably already experiencing them in the U.S., too, despite nominal rates being well above zero. How is that, you ask? Well, consider that a 10-year Treasury note recently yielded about 1.5%, below the latest year-over-year core consumer price index (CPI) growth of 2%. That’s a “real yield” of negative 0.5%.

Still, we’re a long way from the Federal Reserve actually pushing rates below zero the way the European Central Bank (ECB) and the Bank of Japan (BoJ) have done over the last four years. Could the Fed ever follow suit? If so, how might the average investor consider positioning his or her portfolio?

“All your safe-haven assets like Treasuries would have little-to-no yield” in a negative interest rate situation, Cruz said. “Even investment-grade corporates would have little-to-no yield. Your high-yielding credit would be pretty risky, so people would go into lower-risk equities, including traditional lower-risk stocks like Utilities and more defensive stocks like Consumer Staples.”

Cruz added, “Any yield that’s out there, from a fixed income standpoint, would be high yield, so if investors want yield, they might go into defensive sectors.”

Though negative rates are designed to stimulate economic growth, overseas experience shows that it’s unlikely to actually work. That means the sectors that tend to do better in times of strong growth might not do so well with rates of zero or below.

In Europe and Japan, the central banks officially set benchmark interest rates at negative levels along some points of the yield curve. The U.S. Federal Reserve is nowhere near that, lowering its benchmark Fed funds rate to a range between 2% and 2.25% at its July 2019 meeting. Still, the Fed Funds rate target was set between zero and 0.25% just a few years ago, and there’s no guarantee they won’t go back to that range or lower.

At the same time, yields on U.S. Treasury notes are already well below the Fed’s short-term rate, with most trading below 1.8% as of early September. In Europe, the yield on the German bund—a 10-year benchmark—recently traded at negative 0.68%. There aren’t any guarantees that U.S. Treasury yields won’t eventually dive much lower if recessionary winds blow. This could create some of the conditions of a negative-rate environment even if the Fed doesn’t officially place rates below zero.

As yields descended this summer, investors clamored into so-called “defensive” sectors of the stock market that historically tend to do better in a low-rate environment, and also to longer-dated Treasuries offering higher yields. Utilities, Real Estate, and Consumer Staples are the only sectors to post double-digit gains since a year ago, as of early September. The U.S. 30-year bond yield fell below 2% recently for the first time ever as investors sought income.

We’re getting ahead of ourselves, however. What is a negative interest rate policy (NIRP), why do central banks sometimes put it in place, and would the Fed ever consider such a move?

Negative Rates: What They Are and How They Work

When rates go negative, it means that banks depositing money into the central bank must pay to keep the money there. Theoretically, this would make banks more willing to make loans to businesses and keep money flowing into the economy, rather than sitting in a vault. NIRP is also designed to stoke inflation to help economies avoid entering dangerous deflationary spirals.

The U.S. never targeted negative rates, but the Fed did keep its benchmark short-term interest rate at approximately zero from late 2008 through late 2015 as the economy got hit by the Great Recession and its aftermath. Would the Fed ever resort to negative rates? Analysts say it can’t be ruled out if the global economy keeps scraping along and rates in Europe and Japan slide further.

“There’s certainly a much greater potential for negative rates to happen,” said Sam Stovall, Chief Investment Strategist at research firm CFRA. “With the global economy in such a tenuous position right now with the trade war, and with the advanced age of this bull market, we might be forced into trying some new schemes and new ways to stimulate the economy.”

In early September, former Fed Chair Alan Greenspan concurred, telling CNBC, “You’re seeing (negative rates) pretty much throughout the world. It’s only a matter of time before it’s more in the United States.”

Greenspan spoke of the immense appetite investors seem to have for yield, but noted that by purchasing Treasuries for that yield, investors effectively lower the yield they receive because yields fall when the underlying Treasury price rises.

“We’re so used to the idea that we don’t have negative interest rates, but if you get a significant change in the attitude of the population, they look for coupon,” Greenspan told CNBC.

Europe and Japan put negative rates in place to stimulate business and consumer spending, but arguably the strategy didn’t work. By August, close to $17 trillion in negative-yielding bonds had built up around the world with little or no sign of improvement in the tepid European and Japanese economies.

“In talking about negative rates, we’re finding that all these countries tried, but no one has really been able to boost business spending,” Stovall added. “A lot of people question the merit of negative interest rate policies, so why would we want to here when it hasn’t worked?”

In the U.S., NIRP remains more a conversation topic than anything solid. In an interview with CNBC at the Fed’s Jackson Hole Symposium last month, Philadelphia Fed President Patrick Harper called it a “high hurdle” to think about negative rates. In another recent interview, Harker said, “Moving interest rates 50 or 25 basis points is not going to have a major effect.”

Like Harker, many economists now believe borrowing costs in the U.S. are already low enough to keep companies from having any trouble obtaining the money they need. Some say uncertainty around trade is the factor slowing economic growth from nearly 3% last year to closer to 2% so far this year. If that’s the case, the Fed could arguably lower rates to zero and have virtually no impact on the economy.

Desperate times can mean desperate measures, however, and if a recession rears its head, perhaps the Fed might be tempted to play the negative rate card. At the very least, the benchmark 10-year Treasury yield, down from above 3.2% a year ago to below 1.5% in September, could start testing lower levels. This would likely happen if the U.S. economy ground to a halt while European rates continued to descend.

If Rates Go Negative, Where Should Investors Consider Going?

Assuming rates here fall to zero or below, how should investors consider reacting? From the way they’ve played it so far, it looks like anticipation of lower rates caused many investors to flee by bidding up Utilities, Real Estate, Consumer Staples, and other dividend-paying stocks, as we mentioned above.

These sectors offer yields well above the 10-year Treasury yield. In fact, the dividend yield on the S&P 500 Index (SPX) is now higher than the yield on the 10-year Treasury note and the 30-year bond. The Utilities sector recently hit an all-time high as investors chased yields. But it’s worth noting that dividends are never a guarantee, and can be particularly vulnerable during a recession.

One sector that investors might want to consider being cautious about in such a scenario is Financials. “Financials is the sector that will get hurt more than anyone else by negative interest rates,” Cruz said. “Lower rates don’t bode well” for Financial stocks.

Already, Financials are the worst-performing S&P 500 sector over the last year, down more than 6%. Negative rates can hurt banks because they have to pay to leave money on deposit at the central bank and can end up paying to own government bonds. At the same time, they often can’t pass negative rates along to retail depositors because they fear the money will go away.

In a negative interest rate environment, Cruz said, it could be tempting to chase high-yield fixed income investments, as those types of investments might be among the only ones paying relatively high rates. But investors need to know what they’re getting into before adopting such a strategy.

“The biggest thing is, you have to be careful not to chase yield into risky places,” Cruz said. “People will look at the bond market and say, ‘Here’s a good yield.’ And if you’re at negative rates and something looks good from a rate perspective, it’s probably very risky. Really ask yourself: why is this paying such a high yield relative to lower risk assets?”

In other words, when the weather gets rough, many investors look for a place to park, which brings us back full circle. Even a zero—or negative—interest rate on Treasuries and other investments may seem compelling, if the economic situation were to deteriorate. It’s an old Wall Street adage: “Sometimes you seek return on invested capital; other times the overriding concern is the return of invested capital. 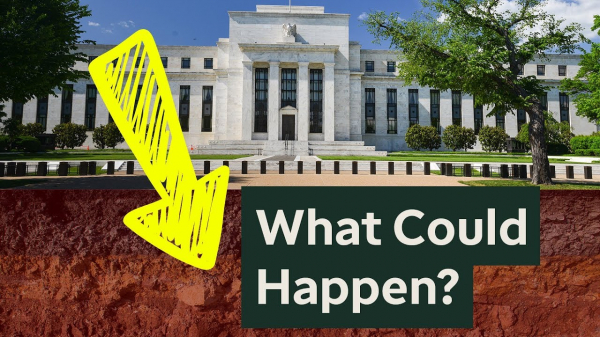 How Negative Interest Rates Could Affect You