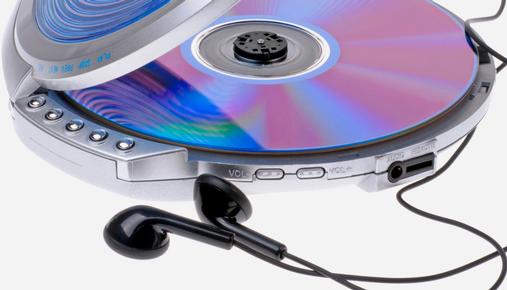 Whether you’re a millennial who’s tired of hearing older people reminisce about how they used to get 5% interest on their certificates of deposit (CDs), or an older investor who fondly remembers those days, it’s likely you’d welcome higher yields on your cash. The last decade was quite a dry spell for anyone trying to squeeze money out of bank deposits and fixed income investments in a low inflation, low interest rate environment, but that might be changing. Could the “good old days” be coming back thanks to the recharging economy and Fed rate hikes?

Signs of change are afoot. The economy grew 3% or better in both the second and third quarters of 2017, and the government estimates that growth in the fourth quarter also might have topped 3%. Wages are rising a little more quickly, although inflation remains under 2%. Even bank rates have started to rise a little. In what might be a real sign of change, one-year CD rates recently pulled ahead of the average S&P 500 (SPX) dividend yield.

“The yield environment is starting to look better, and fixed income is looking more and more attractive to investors,” said Robert Siuty, senior financial consultant at TD Ameritrade. “Some money market rates look more attractive, and of course that can translate to higher CD rates.”

“High” is in the eye of the beholder, naturally. We’re probably not talking about 5% anytime soon. Recently, however, one-year CDs were paying about 1.7%, according to data from Bankrate.com. This is roughly even with the dividend yield of the S&P 500, which was 1.69% as of late January, according to tdameritrade.com.

“A typical CD investment is definitely more attractive today than it has been in some time,” Siuty said.

As the economy grew faster over the last year, the Fed hiked its Fed funds rate three times in 2017, and forecasts three additional hikes in 2018. That would conceivably bring the benchmark interest rate to above 2% for the first time since the Great Recession of nearly a decade ago. Interest rate increases by the Fed often help bring higher yields on savings vehicles offered by banks, as well as on fixed income products.

Investors might want to consider keeping some funds in cash and short-term securities for short-term needs, and the question now is whether this rising interest rate environment could jump-start growth for investors who want more than crumbs from their rainy-day funds. Other questions— assuming higher interest rates continue translating to better savings and CD account yields—include:

What are the best savings products in which to place your cash?What percentage of money should you consider putting aside in cash?Should you consider raising the percentage of money you keep in cash if banks start paying higher and higher rates?How can you set up a CD ladder, and what exactly is it?How do banks set their rates, and why does it take so much time for rates to rise from zero?

The question now is whether this rising interest rate environment could jump-start growth for investors who want more than crumbs from their rainy-day funds.

Where you decide to put your emergency cash, as well as savings for near-term goals that are still a year or two out—such as buying a home or any other major purchase—depends on your age and your willingness to take on risk. Older investors might want more of their savings in products traditionally considered safer, such as CDs or money market funds, while younger investors who need their money to grow faster but are willing to accept more risk might want to consider putting non-stock savings into Treasury bonds, municipal bonds, or corporate bonds. “You can typically afford to have much more stock exposure when you’re younger, looking for higher growth, and can withstand a higher level of volatility and risk,” Siuty said. “When you’re in your 50s, 60s, and older, fixed income should definitely be considered for part of your portfolio.”

Also, consider the percentage of cash you might want to put into fixed income products. Generally, the higher your age, the more you might consider having in fixed income or cash. The Federal Deposit Insurance Corporation (FDIC) provides principal protection for CDs (up to $250,000 per depositor per issuer), so someone looking for the least amount of risk might want to park some money there. “Corporate and municipal bonds bring a little more risk,” Siuty said.

Putting Up a “Ladder” For Your Funds

Investors might also consider building a ladder of their CDs in a way that can potentially help provide somewhat stronger yield as well as the possibility of better principal protection. This can mean dividing your money into CDs with different maturity dates ranging from, say, one year to five years out. The longer CDs will typically pay higher yields, but the shorter CDs will allow you a better chance to withdraw savings when needed.

One thing that confuses some investors is what seems like a long process before banks lift the rates they pay to roughly match growth in the economy.

Laddering CDs can make sense in a rising interest rate environment because, as each short-term CD matures, you might be able to replace it with another CD with a higher rate.

One thing that confuses and, to be blunt, frustrates some investors, is what seems like a long process before banks lift the rates they pay to roughly match growth in the economy. If the economy is growing 3% or more, as the government estimates, why are CDs still paying around 2%?

“Banks have been hammered on their net interest margins—the spread between their borrowing and lending rates, where they’re supposed to make most of their money—for the last 10 years,” said Devin Ekberg, managing director of education at the Investments and Wealth Institute. “They may be slow to narrow those margins. An analogy would be like when gas prices adjust rapidly higher on crude oil spikes, but are slow to come down when the spike is over. The result is that consumers will likely see little change in deposit rates, despite market interest rates rising.”

That may not be what investors want to hear. However, rates are moving a little higher, and that might sound pretty refreshing to those who’ve been waiting.