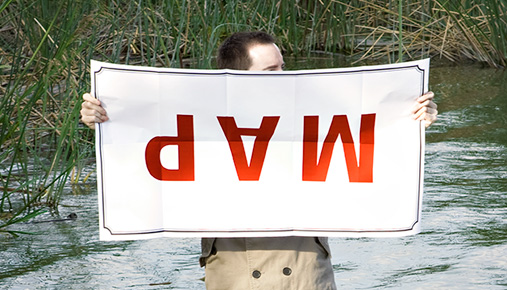 Should I stay or should I go? It’s a common, chronic question gnawing at any investor who’s watched the market do what it does. Getting into a stock, sort of like falling in love, is easy – it’s the getting-out part that’s hard. We’ll let others tackle affairs of the heart. For the purposes of investing strategy, straightforward technical analysis tools known as confirmation indicators can help provide a sense of whether there’s more “up” in up, and vice versa.

Say, you bought a stock several months back and watched it climb steadily; then, it seemed to hit a ceiling, or took a modest dip, with no apparent real-world “news” moving the price. Time to cash in your chips? Or hold steady and stay the course? There are many factors to consider, of course, but adding a confirmation indicator to your stock chart can provide valuable insight to inform your next possible decision (of course, one option might be to just close out a portion of your position and pocket any gains).

As the term implies, this tool ties hits a central tenet in some of our previous discussions on technical analysis – keep it simple. By averaging prices over recent history, the SMA smooths out day-to-day gyrations and provides an idea of the stock’s longer-term trend.

Generally speaking, if a stock is above longer-term averages, such as the 100- or 200-day, it’s considered to be in an up-trend, even if the price drops for a few days. Flipping that thesis around, down-trending stocks tend to remain below the longer-term averages. But if the price closes above the 100-day, for example, that may signal it’s time to jump in, confirming that downside has been exhausted.

Moving averages can also generate confirmation signals over shorter time horizons. For example, if the 10-day average “crosses over” the 20-day, that may be a “buy” or “sell” signal.

Like hairstyles and eyewear, many technical indicators come and go like passing fads. But the RSI is widely considered a “classic” that has stood the test of time. Developed in the late 1970s by J. Welles Wilder Jr., a mechanical engineer turned market technician, the RSI offers a sense of a market’s “momentum,” up, down or in-between.

If a stock is climbing, a strengthening RSI may confirm the price trend. But if the RSI surpasses 70 into “overbought” status – and stays there for some time – that may be an indication a top is near. For a declining stock, an RSI under 30 is typically viewed as “oversold” territory, possibly confirming the price is bottoming out.

RSI can help identify divergences between price and momentum, which can be a warning signal that a stock is overbought or oversold and about to enter a correction or reversal phase. Remember, stocks, and markets in general, don’t move in a straight line up or down. There are often consolidations or “pauses,” when prices don’t appear to be doing much of anything, before the trend resumes. This is where tools such as RSI can come in handy.

“I like to use the RSI-Wilder to measure the strength of a trend,” said Jeff Bierman, TD Ameritrade’s chief market technician. “It measures whether a trend is sustainable.”

For Better, For Worse?

As in the initial stages of romance, establishing a stock position that turns profitable can be exciting. It’s the long haul where the going may get challenging. It’s important not to fall “head-over-heels” with any single charting tool in particular. Before making a decision to buy or sell, carefully weigh other technical signals, as well as fundamental factors, to make sure you have a firm grasp of the big picture.

“There is no 100% guarantee on any indicator,” Bierman noted. “Line up your ducks in a row. Look at a confluence of indicators. Usually three or four will give you a green light.”