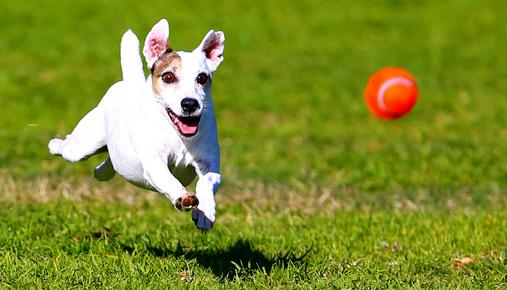 This poses another question for many homeowners: Should you consider refinancing your mortgage now, before rates rise even more?

Mortgage interest rates are indeed hovering around their highest levels in more than four years, but they remain low by historical standards. Refinancing your mortgage at a relatively favorable rate could help free up money for things like education expenses, home improvements, vacations, and more.

Still, there are several need-to-knows for homeowners before they make any decisions on mortgage refinancing, McBride and other professionals advise.

Get a Handle on Current Mortgage Rates

Catch Up with the Fed and the Economy

Rates are rising because the U.S. and global economies are getting stronger and the Fed, per one key component of its job description, aims to keep inflation in check.

In March, the Fed raised its benchmark funds rate to a target of 1.5% to 1.75%, the sixth increase in the latest “tightening” cycle that began in December 2015. The Fed funds target sets the tone and direction for 30-year U.S. Treasury bond rates and other Treasuries, which in turn affect mortgage rates and most other forms of consumer debt.

The Fed isn’t done: Fed projections indicate there could be at least two more funds rate hikes this year amid an outlook for improving GDP growth.

“We’re beyond the ‘emergency’ level of rates we had after the financial crisis” in 2008, McBride says. The central bank isn’t on a preset course with interest rates, McBride notes, but “as the economy improves, the Fed is raising short-term rates to a more ‘appropriate’ level,” assuming the economy stays on its present course.

Know Your Own Mortgage Rate (and Your Type of Mortgage)

Did you purchase a home or refinance your mortgage in recent years? Chances are you’ve already got a decent rate, and it may be best to stay put.

Based on a March forecast from the Mortgage Bankers Association, interest rates on 30-year fixed-rate mortgages will average 4.9% this year and jump to 5.4% in 2019, after averaging 3.9% in 2017.

“A lot of people are already carrying a rate below 4.5%, simply because rates stayed so low, so long,” McBride says. “You’re not going to do better than that.”

Know Your Mortgage Type. Specifically: Do You Have an ARM?

The “real urgency,” McBride says, is if you have an adjustable-rate mortgage (ARM), in which the rate is scheduled to reset this year or the next.

If you do have an ARM, “now is the time to move into a fixed rate” if possible, he says, because “rates are going up.” Currently, many people can still lock in a 30-year fixed below 4.5%. “But if you hold onto an ARM, it could jump to 4.75% or 5% this year, and you’re exposed to additional increases in the years ahead,” McBride warns.

Get an Appraisal, Do the Math, Look Ahead

Typically, the appraised value of your home needs to be high enough to provide you with sufficient equity to justify refinancing, which is where loan-to-value (LTV) comes in.

A long-standing rule of thumb said that a homeowner needed an LTV of 80% or lower. For example, someone with a home valued at $200,000 and a mortgage loan of $160,000 has an LTV of 80%. However, some homeowners can still refinance if they have higher LTVs, depending on their lender, credit scores, and other factors.

Also, consider the fees for refinancing and how long you plan to be in the home, McBride says. “You want to make sure you generate sufficient savings to offset the costs of refinancing.” If refinancing costs are $2,400, for example, and refinancing your mortgage at a lower rate saves you $200 a month, you’ll break even in two years.

Get Your Credit Reports, Shop Around

Before you put a call in to your lender, pull copies of your credit reports from each of the three major U.S. credit bureaus (Equifax, Experian, and TransUnion). “That gives you the opportunity to correct any errors before you enter the loan application process,” McBride says.

Also, approach a search for mortgage rates as you would for a home itself, or other major transactions. “Not everyone has the same rates,” McBride notes, and there are many free, online search platforms to comparison shop for the best available rates in your area.

Evaluate your financial situation and continue to pursue your goals.