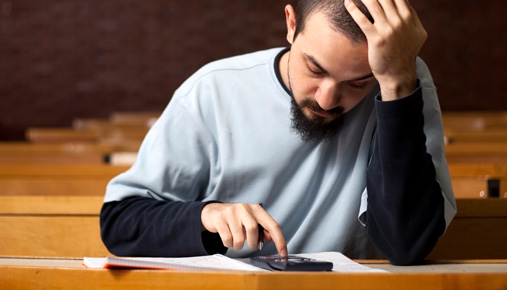 College ROI: Is Higher Education Worth the Tuition and Debt?

Is a piece of paper from a top-tier university worth the pile of debt it may take to obtain it? That’s the evergreen question that burdens students and their families as tuition and living costs escalate at a rate that dwarfs average wage gains. Is the college ROI worthwhile?

There are ways to help reduce the challenge of paying for college. Those include targeted investing; a wider school and scholarship search (including a community college springboard to that advanced degree); plus smart debt handling once off campus and into the cubicle.

Depending on salary prospects in their fields as well as overall strength in the job market, young professionals can be saddled with loans they have a slim chance of erasing expediently. And that has a domino effect.

Starting a career in deep debt risks delaying home ownership, suggests  Census Bureau data and analysis from the National Association of Realtors (NAR). Home ownership has dropped among Americans under age 35, to 34.6% in early 2015 from 43.3% in early 2005, Census Bureau data says. The NAR has found that an increasing number it surveyed admitted that their student debt stymied efforts to raise a home down payment. Researchers at the Federal Reserve Bank of Philadelphia and Penn State University found “a significant and economically meaningful” link that more student debt led to fewer small businesses being formed. What’s more, heavy student debt risks a delay in building a robust retirement nest egg, as wages earmarked for paying down loans are not feeding a stock portfolio. 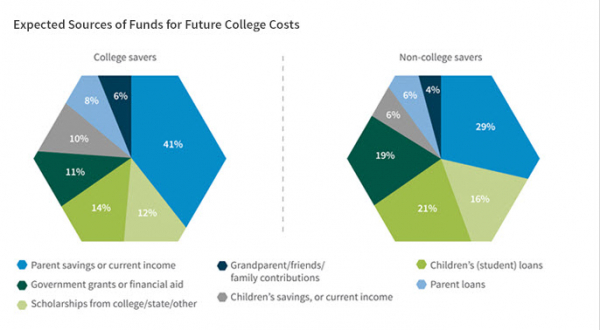 Despite the steep price of admission, college still matters for many—big time. In recent years, individuals 25 to 32 years old with a college degree earned an average of $17,500 more annually than their peers who have solely a high school diploma, according to the Pew Research Center. In 1979, this gap was $9,690, Pew found.

But is the pay gap enough to compensate for college debt? Student loan debt at graduation is considered manageable if annual starting income is sufficient to repay the student loans within a reasonable number of years. So long as total student loan debt is less than the annual income, the borrower will be able to repay student loans in 10 years or less, say consultants at Edvisor.

And then there are the economic intangibles.

“The reason a college degree’s worth is so difficult to evaluate is due to all the non-economic factors and benefits one gains through the actual experience … the wonderful networking opportunities, the friendships, the sense of accomplishment, and so on,” says Andrew LaCivita of employment recruiter milewalk Inc, in a blog.

LaCivita stressed that his company and its “white-collar” clients are seeing a rising emphasis on experience and other attributes versus where a job prospect attended college.

“I’m not sure what all this means other than the cost of a higher education has skyrocketed over the last three decades. This precipitous rise, which in many cases is tenfold that of wages, has forced people to look more closely at whether the intangible benefits are truly worth it,” LaCivita said.

Where Matters to Your Wallet

College choice can have a big impact on college affordability. The average cost of an in-state, public, four-year college is about half the cost of a private, non-profit four-year college, according to the College Board. Even if a public institution offers a less generous financial aid package, the in-state public college may still have a much lower net price, saving the student thousands of dollars a year.

Students can get in-state tuition in their legal state of residence or by participating in select regional exchange programs, where some public schools charge in-state tuition or discounted out-of-state tuition to students from adjacent states, especially if they’re pursuing a major not offered in the student’s home state.

Enrolling at a community college for two years and transferring to a four-year public college can save about a quarter of the cost of a four-year degree, says Edvisor. Staying focused on the end result is vital, however. Only about a fifth of students who intend to obtain a bachelor’s degree and who start off at a two-year college graduate with a bachelor’s degree within six years, compared to about two-thirds of students who start off at a four-year college, the consultants find.

Plus, a college search might include the 60 or so selective colleges where grants replace loans in the financial aid package. These include all of the Ivy League institutions. For instance, the average debt at graduation at Princeton University is less than $6,000.

Experts suggest students apply to at least one financial aid “safety school.” That’s a college that not only will admit the student, but where the student could afford to enroll even if they were awarded zero financial aid.

Every college is required to have a net price calculator on its website that can give prospective students a personalized ballpark estimate of the college’s net price. This net price, however, is for just the freshman year. The net price in subsequent years may differ significantly. About half of all colleges practice front-loading grants, which can raise a returning student’s chances of needing loans to finish up.

Living expenses represent about half of college costs at public colleges. And while most students might argue that the intangibles include leaving the nest (mom and dad might say this, too), it may make sense for some students to save up by living at home. Plus, some colleges are located in expensive cities, where eating out and rent will top other locales. Travel to and from college can add to costs. These are all factors to crunch when adding up the pros and cons.

One of the first things to learn at college is that there’s a big difference between lower-interest, federally funded loans and the typically higher-interest private loans that many students have to take on.

Experts continue to extol the college experience for (among other things) pride, social and cultural awakening, networking, and overall life experience. Others stress that the best path to higher wages comes with on-the-job experience, dedication, and leveraging a less-expensive degree.

What’s clear: saving and investing, plus rolling up your sleeves to pursue scholarships and grants, sure can beat struggling with the financials (aka debt) long after leaving campus. So does having an open mind toward the end result. For many, a diploma is a diploma, period.

Inelastic demand for higher education has given colleges room to raise prices even during a decline in state funding for public education. Subsidies at private schools are shrinking, too.

According to the College Board, between 1984 and 2014, the average published tuition (not including room and board) of private, four-year institutions rose 146% when adjusted for inflation. The increase for in-state students at public institutions during that same period rose 225%. In 1984, according to the Social Security Administration, the national average annual wage was $16,135. That’s the equivalent of $36,763 in 2014 wages—an increase of 22% or about one-tenth of the relative increase in public university costs over the same period.