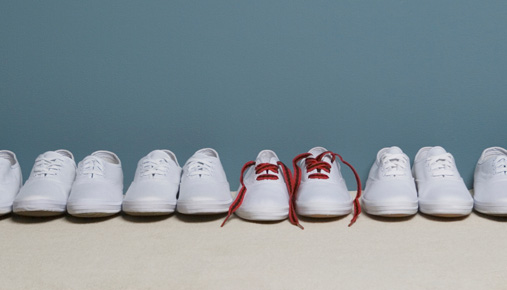 There are a number of well-known sayings related to stock market trends. For example: “the trend is your friend,” or “don’t fight the trend.” They help traders remember to trade with, not against, the prevailing trend.

But some traders only follow the trend in order to trade against it. They’re called contrarians, and although their style isn’t for everyone, learning how to spot the end of a trend is a skill that could benefit a trader with the attitude and especially with the higher risk tolerance needed to go against prevailing winds.

The idea behind contrarian trading is that at some point a trend may become exhausted. That basically means there’s overcrowding on one side of a trade, leaving no new money to drive it forward. When that happens, many investors may run for the exits at once, causing a rapid, and sometimes violent, move in the opposite direction.

A Contrarian on Wall Street

A famous example of contrarian mechanics, highlighted in the David M. Kennedy book Freedom from Fear, occurred in 1929, just before Black Tuesday and the ensuing Great Depression.

Joseph P. Kennedy, patriarch of the Kennedy clan and father of future president John F. Kennedy, was a banker and trader during the 1920s—a period characterized by wild public speculation in the stock market.

Part of Kennedy’s daily routine was stop and have his shoes shined on the way to his office. One day, near the height of the frenzied market, Kennedy’s shoeshine boy—literally a boy—gave him a stock tip.

To hear Kennedy tell it, he promptly went to his office, began selling his positions, and then went short the market. His timing was impeccable, and he made a fortune from the crash.

The idea behind this contrarian trade was that if even shoeshine boys were speculating in the stock market, then everybody must already be invested. With no one left to drive the trend higher, the trend eventually collapsed.

The catalyst for Kennedy’s trade was a type of signal, but no doubt he had been seeing other, more objective indicators to support his decision. That same type of combination can be used today when seeking a contrarian trade.

Figure 1 shows a stock in the beginning of a move lower. As the stock moved down, the RSI (on the lower section of the chart) indicated the stock was in oversold territory on three different occasions (noted by the green arrows). 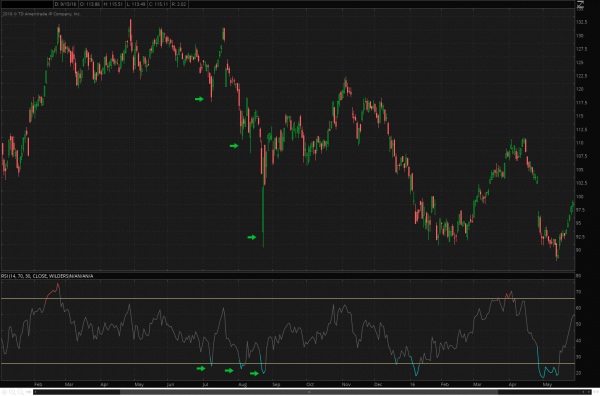 Image source: the TD Ameritrade thinkorswim® platform. For illustrative purposes only. Past performance does not guarantee future results.

However, none of the rallies that followed the first two readings held, and the overall downtrend remained in place. Then came the third oversold reading, which coincided with heavily bearish messaging coming from the financial press. Combined with the oversold RSI, some traders would say this made a compelling case for a trade against the prevailing trend.

Other indicators such as stochastic oscillators can help identify potential contrarian opportunities across various time frames. The thinkorswim® platform also offers social tools to give you a sense of what some traders may be thinking about a particular trend.

Feeling contrary? The combination of subjective sentiment and objective indicators may give you  a foundation for deciding on your own contrarian trades.