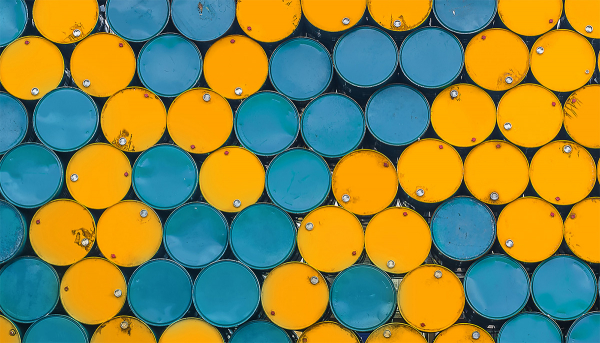 Each has unique characteristics that make them responsive to different geopolitical, local, and economic forces

So you’ve decided to try your hand at commodities investing, and you think the energy sector might match your objectives. Specifically, you’ve identified crude oil as your market of choice. Early in your research, you spot more than one type of crude oil traded on U.S. exchanges—West Texas Intermediate (“WTI”) and North Sea Brent (“Brent”) crude.

You notice that both have comparatively different trading volumes depending on the contract months. You also notice that although Brent and WTI prices are correlated, meaning that they tend to move together, there are times when Brent is more expensive than WTI and vice versa.

Now you must stop and ask yourself:

What are the similarities and differences between the two commodities? Are their prices affected by the same global economic forces?What role might local economics play in differentiating WTI vs. Brent Crude prices?

Light and Sweet versus Heavy and Sour

“WTI and Brent crude are both referred to as light and sweet crude oils,” says Stephanie Lewicky, Senior Manager, Futures & Forex at TD Ameritrade. But what do these terms mean, exactly?

“To begin with, there are many different types of crude oil and crude oil blends in the world, and they’re typically classified according to their capacity to be refined into gasoline,” she says. “Crude oil that is lighter in density is easier to refine into gasoline. Conversely, oils with heavier densities are more difficult to refine.”

API gravity is a standard measurement to classify oil density that was developed by the American Petroleum Institute. With numbers falling between 10 and 70, the lighter the oil, the higher the API gravity number. For example, oils in the high API gravity range—light oils—will often float on water; correspondingly, these oils are easier to refine. Heavy oils in the lower range of API gravity scores will begin sinking in water.

So, crude oil that is both light and sweet is easier to refine. And these two qualities make up the benchmark for premium oils. WTI and Brent crude, both recognized as light and sweet, constitute premium benchmarks in the global crude oil market.

Now, consider the differences between the two.

Differences in WTI vs. Brent Crude, and Why They Matter

Futures on these major crude oil benchmarks are listed on U.S. and European exchanges.

The most widely traded WTI crude oil contracts (/CL) are traded on the NYMEX, one of four exchanges owned by CME Group.Brent crude’s primary exchange is the Intercontinental Exchange (