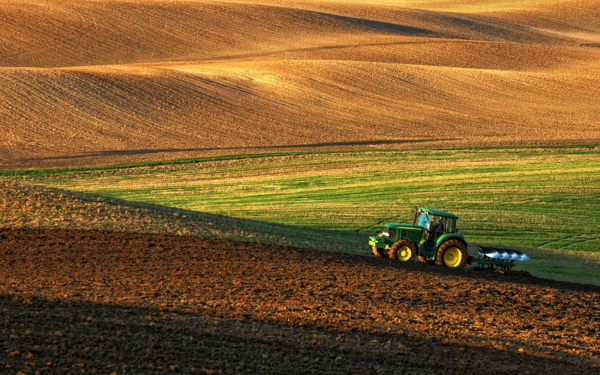 Thin trading continues, and some profit-taking appears to be in mix

(Friday Market Open) It seems a bit ironic that in a week where the market set an all-time high, it might have to claw its way back today to avoid a disappointing finish.

That’s the way things look this morning, and it’s actually not a huge surprise. Number one, there appears to be some profit taking going on. Number two, the story continues to be thin volume, which can cause quicker moves up or down. Also, the market is still near the highs and maybe some people don’t want to take risk into the weekend.

It’s been a long time since the market had a Friday where it sold into the weekend, so today could be an interesting test of whether this early weakness lasts. Any kind of recovery into the late hours of the session might help set up a positive scenario for the start of next week. Even in that scenario, the question remains how much more near-term enthusiasm there is to take things up even higher without some sort of major catalyst.

Good news this morning came from the heart of the Midwest in Moline, Illinois, where Deere (DE) reported earnings and revenue that beat analysts’ estimates. The caveat is that everything was down from a year ago, including equipment sales.

DE, like just about everyone, got weighed on by the pandemic, and said “unsettled market conditions” and “customer uncertainty” have had a moderating effect. Despite that, shares rose 2.5% in pre-market trading and investors await the company’s call for more insight on how the company is tractoring through the economic crisis. In the construction area, residential has been strong but a glut of office space is possible, so consider listening to DE’s discussion of demand for construction equipment.

From tractors to shoes: Investors are running toward Foot Locker (FL) this morning. That company beat analysts’ earnings estimates and saw shares jump nearly 5% in pre-market trading. A huge surge in same-store sales appeared to provide major traction. This lines up nicely with some of the strong retail results seen earlier this week from companies like Target (TGT) and Walmart (WMT). It might also be positive for Nike (NKE), which FL tends to follow.

Pfizer (PFE) and its German partner grabbed some headlines this morning with an announcement that their COVID-19 vaccine candidate is in final-stage testing and well-tolerated by people receiving it in the clinical trial. This is really a “show-me” situation where investors might want to see data and the actual filing before getting too excited. Remember, vaccines are a tough business and many companies are racing to develop them like never before. Hopefully, some of these products will be successful.

You’d think with all this good news, stock indices might get a lift. No dice. Even as the opening bell approached, investors looked at a sea of red numbers. We’ll see if anyone comes in to buy as the session gets underway.

Back in the Zone

After spending Wednesday flirting with the “reopening trade,” markets went back to their old comfort zone Thursday as the FAANGs reasserted dominance.

It wasn’t just the FAANGs, but really the Tech sector in general driving things along for the Nasdaq (COMP) as the week advanced. Information Technology topped the sector leader board with 1.3% gains Thursday and is the third-best performer over the last week behind Consumer Discretionary and Communication Services (sectors that some FAANGs also call home). Cyclicals and “value” sectors like Energy and Financials got taken out to the woodshed Thursday and haven’t had much traction the last week.

So much for the argument heard around Wall Street a couple days ago about sector rotation. It just doesn’t seem to be happening. Momentum is mostly in the “growth” stocks, meaning Tech, and until the trade stops working, portfolio managers might be tempted to keep putting money there. What’s concerning to some analysts is how the mega-caps (mainly FAANGS) continue to muscle higher while much of the rest of the market either marches in place or actually moves lower.

While Tech doesn’t show signs of yielding its pole position in the sector starting grid, it’s not all cut and dry. For instance, last month a couple of huge names in Tech ran into trouble following earnings as both Microsoft (MSFT) and Intel (INTC) gave up ground.

With INTC, the selling was partially tied to product issues, but with MSFT, a better than expected earnings report basically got the cold shoulder from investors.

The same thing appeared to happen this week with Nvidia (NVDA), so maybe it should be called the “Microsoft Syndrome” NVDA seems to be hitting every single number there is, and it got a bunch of upgrades. The stock fell early Thursday despite all that and finished barely higher on the day. Some people pointed to the price-to-sales ratio being up at around 25, which is above its traditional level of around 20, and said this hints at the stock being overbought.

While that can’t be ruled out, there may be more fuel in this engine. This is a situation where momentum is trading, and all the momentum in semiconductors is with NVDA and Advanced Micro Devices (AMD). INTC seems to be going the other way, though shares got a boost yesterday from news it would buy back some stock.

That’s good news in one sense because it suggests INTC doesn’t need to throw all of its spare cash at its production problem to ramp up machines or anything like that. Let’s face it, though. We haven’t seen a lot of companies doing buybacks since the whole Covid thing started, and what INTC is doing when it buys back stock doesn’t expand their business. It could be a cautionary note for investors.

Before wrapping up the chip talk, one thing that didn’t get much attention with NVDA earnings was how they made their name by being a chip-maker for video gaming and now their data center business is outpacing games. They’re expected to release a new chip for games in early September, so they’re bifurcating themselves in  a very healthy way that seems to be attracting investors.

As we’ve seen over the last few years, companies that can’t expand beyond their original business sometimes get left in the dust. AMZN doesn’t just sell books now, and Apple (AAPL) doesn’t just sell computers. It’s good to see other Tech companies branching out, too.

CHART OF THE DAY: PROTOCOL NOT FOLLOWED: Historically, gold and the dollar often track different directions. That was the case earlier this month as gold (/GC—candlestick) climbed to record highs while the dollar index ($DXY—purple line) retreated. Lately, however, gold is pulling back despite what remains a weak dollar. This pattern could reflect thin, late-summer trading. Data Sources: CME Group, Intercontinental Exchange. Chart source: The thinkorswim® platform from TD Ameritrade. For illustrative purposes only. Past performance does not guarantee future results.

Risk Measures Getting a Bit Fuzzy: Turning to Treasuries for a minute, the 10-year yield seems to be backtracking as the week continues, falling to around 0.65% by Thursday’s close. That might have reflected economic concerns raised by the Fed in its July meeting minutes.

At the same time, gold also retreated Thursday and the dollar index can’t get back on its feet. Normally you’d be more likely to see gold climb along with Treasuries if investors are getting cautious, but things are a little out of whack lately so it’s hard to look at this and see any kind of takeaway.

Instead, it might just be that it’s late summer, people are still coming back from vacation, volume is thin, and the market lacks direction. It wouldn’t be shocking if this kind of lackluster trading continues into early September, with Labor Day being the traditional end of the season.

What if Treasury Yields Start Rising? One thing some analysts warn about is possible risk-aversion if 10-year yields start moving higher, say to between 0.7% and 0.9%. The current low yields could be helping fuel the growth sector rally, but if borrowing costs start rising, that trend might lose some steam.

With yields basically in a holding pattern between 0.5% and 0.7% for months now, maybe it’s too soon to worry about that. It’s just something to consider tucking away. Especially with MarketWatch reporting Thursday that Fed Chair Jerome Powell’s speech next week could focus on how the Fed might let inflation run hotter than it has in the recent past before cranking up rates.

Any prolonged inflation scenario would likely put pressure on the bond market, and as we saw in late 2018, a rise in Treasury yields (which move the opposite direction of the underlying Treasury note) can cool off stocks. Whether the same thing would occur without the Fed actively raising rates the way it did back then remains to be seen.

First Impressions Don’t Always Count with Earnings: What happened earlier this week with Walmart (WMT) shares is a handy reminder of how earnings reports sometimes play out in the market. WMT skyrocketed ahead of the opening bell Tuesday after the company reported a really nice quarter, highlighted by huge gains in online and same-store sales. That was all good. What wasn’t so good was what happened to shares after that pre-opening salvo. They finished down about 0.7%. Investors might have been scratching their heads, wondering what happened.

Often it’s not what a given company says in its press release that moves shares on earnings day, but what it says on its call. That might have been the case with WMT, as executives noted that sales had eased lately thanks in part to government stimulus drying up. This led to some analysts saying that maybe the peak had passed for retail this year, and that’s not what investors wanted to hear.

A great example of people buying the press release and selling the earnings call came in early 2018 when shares of Caterpillar (CAT) soared in pre-market trading on strong earnings only to plunge during the call. The pitfall, apparently, was when a CAT executive made comments that left many investors thinking the company’s best quarter of the year was already behind it. So the lesson could be, pay attention to earnings calls before making any big moves in the market.