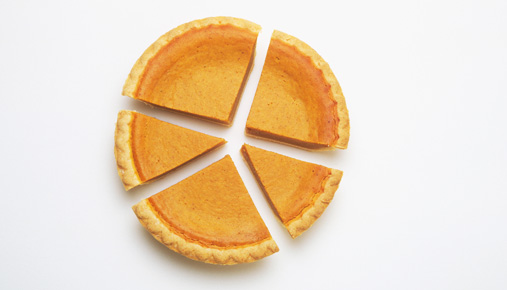 Estate Planning for Special Needs Children: Trying to Be Even-Steven?

In the parenting world, it’s an exacting task to treat all children fairly, despite their different personalities and capabilities. Certainly, most parents exert much time and effort to ensure one child never feels less loved than another, and many will cement that in their estate planning. But there are times when unequal treatment might be a better choice.

One of those times is when you’re planning the future for a special-needs child after you’re gone. Exceptional care must be taken when considering how and when your inheritance is distributed to most children with special needs because of the public benefits they may be receiving and the tax consequences involved.

In general, children with special needs are candidates for a number of state and federal benefits that they often require for long-term support. The most common are Supplemental Security Income (SSI) and Medicaid. In many states, but not all, SSI may qualify children for Medicaid, or Medicaid comes automatically with SSI.

Remember that those are need-based benefits that are means-tested, according to the Social Security Administration (SSA). SSI recipients are held to a strict assets threshold of $2,000 for an individual. If a child ends up with an inheritance that will put him or her above that ceiling, the child—or adult—is out of luck. Even $1 over the allowable level will result in disqualification from benefits that might be used to cover medical, therapeutic, or housing needs.

If the money is paid directly to the child as beneficiary, it will severely slash or entirely wipe out SSI benefits. Even money paid to someone else, like a brother or sister who provides food or shelter, can reduce SSI benefits, but no more than $265 a month (for the 2017 tax year) from the SSI check. Money paid to a caretaker for things other than food or shelter, like a cell phone, medical care, or education, does not impact SSI benefits.

Couldn’t the special-needs heir disclaim the inheritance? Not good enough for SSA. Even if the money is transferred by the child, who never actually touches it, the SSA considers it as a means of income for SSI purposes.

Government benefits may be retained, however, if an inheritance is set up into what’s called a special needs trust (SNT). These trusts are designed to help a beneficiary with special needs while also preserving government aid and protecting assets.

The trust still allocates inheritance assets to the special-needs child, but does so through a third party that leaves the management, control, and tax-filing duties under the care of whomever will be the child’s guardian—typically another sibling, but often a designated trustee—after the parents’ death.

But there might be tax implications looming. The inheritance itself isn’t taxed, but the income that it might generate in a special trust is generally subject to taxation at trust tax levels, which may be higher than individual tax rates, even for the unemployed disabled.

There are a number of ways to set up SNTs, which can be complicated, and the rules can vary from state to state. As with any trust, it’s probably best to consult with a tax advisor or attorney who specializes in income taxation of trusts. You want to be sure that all income is reported properly and, maybe more important, that any deductions aren’t left on the table.

How Does This Settle the Equitable Inheritance Thing?

The Slott Report at IRAHelp.com has some advice. Using the example of two children, one with special needs, and two major accounts in a family estate—$500,000 in a traditional IRA and $400,000 in a non-retirement account CD—Jeffrey Levine, director of retirement education, offers this:

“The initial inclination might be to leave 50% of the IRA and 50% of the CD to the healthy child directly, and the remaining 50% portions of each to your special needs child via a special needs trust,” he said.

That muddies the even-steven picture because so much of the inheritance in the SNT is swallowed by taxes. He suggests leaving 100% of the CD, which would be 100% tax free, to the SNT, and the entire IRA to the healthy child.

“True,” he notes, “$500,000 is more than $400,000, but that ignores the taxes that are still owed on the IRA.” Considering the net tax implications might help you decide how to slice up an estate between children.

Regardless of how you choose to divide, many experts recommend being up front with your children as to your intentions, especially if one child will be needing long-term care. Knowing the plans ahead of time can help all parties prepare, both emotionally and financially, for what lies ahead.