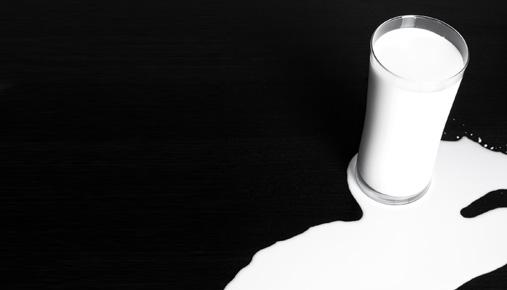 Many experienced traders say that a secret to their success is trading only when they have an edge—real or perceived. An edge can be a viewpoint, such as something in the charts or in the fundamentals that says, “the scales look to be tipped one way on this.” And if the trader doesn’t see that edge in a trade, it’s one to avoid.

Earnings can sometimes fall into that category. Sometimes, no matter what your indicator or charts say, or how well you think you’ve analyzed a company’s fundamentals, a stock’s reaction after an earnings announcement is still basically a coin toss because of all the subjectivity involved.

When a position hits a stop order, it often means you’re going to take a loss on it. Pulling—or canceling—a stop is often a subliminal attempt to avoid admitting you were wrong, because as long as the position is open, there’s still a chance it could come back and be profitable.

The problem is, every 50% loss starts with a 5% loss. It’s not magic, it’s just math. And it only takes one small loss that turns into a big one to make a big dent in a portfolio. Losing is no fun, but it’s part of trading. Being disciplined about your stop orders can help ensure that you’re able to come back and trade another day.

Inside every trader is an image of what type of trader they think they are. Sometimes that image is correct, but sometimes it’s not. You may imagine yourself to be a fast-paced day trader, but in truth, maybe your personality is better suited for swing trading, where you hold positions for longer time frames, say two to six days. Or maybe you’ve been swing trading and you’d like to pick up the pace.

Trading in the time frame that best fits your personality allows you to be more comfortable and relaxed, which can promote clearer thinking and better decision making.

Traders use technical indicators to trigger entries and exits because they can be objective. For example, if a stock breaks below a technical level such as a five-period exponential moving average (5EMA), there’s no way to deny it; it is what it is. But sometimes technical indicators can be used to rationalize otherwise irrational trading decisions.

Suppose you decide to sell a stock when it breaks below the 5EMA, and it does. Maybe you’re hesitant; maybe you change your indicator to a 9EMA. And if that’s broken, a 21EMA, then a 50EMA, and so on. You keep giving the stock more room, more chances to avoid taking a loss, using different technical indicators or values to justify your actions.

Nothing is more frustrating for a trader than missing out on a move—especially if it happens in a stock that’s been on your radar for a while. And that’s why traders often make the mistake of trying to jump on a move after it’s already happened … often at the point when it’s ready to reverse.

Although it can be painful to be on the sidelines when a stock makes a big move, it may be better to move on, or at least wait to see if you can find a pullback that offers what you see as a reasonable risk/reward ratio.

There’s a fascination among traders about picking turns. Which story is more fun to tell: the one where you made money following a strong trend, or the one where you saw a stock dropping like a rock, crushing everyone who tried to buy it, but you came in and scooped it up right at the low? If you’re like many traders, you prefer the second one that makes you sound like a superhero.

Perhaps that’s why some traders spend a disproportionate amount of time trying to buy bottoms or short tops. Of course, the problem with this approach should be self-evident. If you’re more concerned about how you made money than actually making it, you might be trading for the wrong reasons.

Notice a shared theme among several of the mistakes on this list? It’s “avoiding decisions.”

The proverbial deer in the headlights usually meets his demise because he won’t make a decision. Traders sometimes experience the same phenomenon. Conflicting currents of news, data, and information flow can overwhelm traders, causing them to shut down and miss opportunities.

When you’re holding a position, greed, fear, and a whole host of other human emotions can gang up on you and cause you to freeze. It may be better to take the initiative and decide, one way or the other, even if you’re not 100% certain of the right answer. Because refusing to act won’t stop the markets.