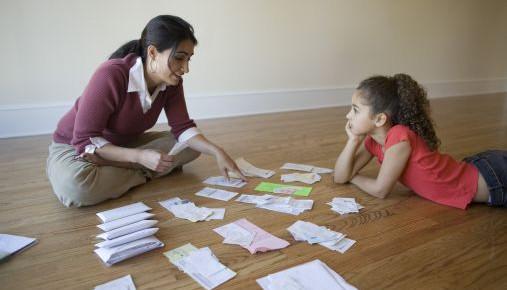 Financial Planning 101: How to Deal With Debt As a Young Investor

Nations do it. So do companies. There’s nothing inherently wrong with taking on some debt, especially considering the rising cost young people face for essentials like housing, education, and cars.

But financial success means not taking on more debt than one can handle. It also means building credit, paying down debt once it’s incurred, and identifying good debt vs. bad as well as the “in between.”

Ultimately, there’s a return on investment for those who find ways to pay down their debt and build good credit. Less money going to creditors means potentially more money on tap for the ultimate goal, which, even for young investors, should be retirement. One expert on retirement, Kathy Stokes, Senior Advisor, AARP, had this to say to young investors who may feel burdened by debt:

“The beautiful thing about paying down your debt is when you’re done, you now have that much more money available in your budget and you can put money away for savings goals, for retirement, setting up an emergency fund, and anything you weren’t able to do because you were under the gun on debt.”

Before discussing how to get rid of it, let’s identify the types of debt:

There’s also debt that could be called “in between,” meaning it has its good and bad points. Sometimes it’s necessary to borrow money to invest. Ultimately, the debt is for a good cause, but it’s better if one doesn’t have to borrow for this purpose in the first place.  Credit card reward programs also fall in the gray area between good debt and bad, because some reward programs, if used to their maximum extent, can save significant money for young investors.

Ultimately, think of good debt as debt as a long-term investment in yourself. Bad debt is debt for items that quickly lose their value. Jewelry, fancy cars, etc.

“Good debt is anything you’re putting yourself into debt for that furthers your efforts to do well in the economy,” Stokes says. “It could be buying a house or putting yourself through school, because you get a return on investment. What’s not necessarily good is credit card debt. You need to spend some money with credit cards to build a credit history and a credit score, but it’s not good to carry debt.”

Credit cards with high interest rates are among the easiest ways for a young investor to get in trouble with debt. Imagine buying a laptop computer for $1,000 using credit, and then simply making the minimum payment on a credit card to pay it off. With a minimum payment of 2%, or $20 per month, at the current average credit card interest rate of 15%, it would take more than six years to pay off the debt. The “$1,000” computer would end up costing $1,579, with interest included. Paying 58% above a product’s original price isn’t a good way to practice strong fiscal discipline.

Buying some items, such as clothes or fancy dinners, on credit cards and then spending months or years to pay them off, isn’t a good idea. But some debt, like a mortgage or education loan, can’t be avoided for most young people. What are some tricks of handling that debt and building a better credit rating?

The old anti-debt remedies still hold true. Take lunch to work rather than eating out. Avoid the extra latte. If possible, try to pay more than the minimum monthly payments on education and mortgage debt. It will help you pay it off more quickly and save money. Any money that you hadn’t planned on having, say, from a small inheritance, can immediately be used to pay down existing debts.

Another idea is to try downsizing. Maybe a smaller apartment is big enough. Maybe it makes sense to rely on public transportation rather than spending thousands on a vehicle. None of this may sound particularly rewarding, but for young people, a little discomfort in the present may pay off big in the future.

Paying down debt more quickly and not biting off more than you can chew helps young people improve their credit ratings, which could mean more leverage when it’s time for those big investments, such as a new home or paying for a child’s education.

“Some people may have two or three credit cards and have debt on all of them,” Stokes notes. “Some experts say go after the highest interest rate card you have first, and that makes sense, but I’d suggest going after the credit card with the lowest balance, because you can achieve it more quickly and it will feel great accomplishing something. It will feel like a victory.”

To help keep tabs on remaining credit card debt, a number of banks provide free online calculators that are worth checking out. They can help determine how long it might take to pay off current debt, and how much quicker such debt can be paid off by paying more than the minimum. They can also help prevent taking on future debt by showing how much an item could end up costing if one buys it on credit and only makes minimum payments. That’s how we calculated the cost of the “$1,000” laptop discussed above. Checking such a calculator before using a credit card might be a good strategy to prevent impulse purchases, especially in this day and age when the Internet offers so many ways to quickly spend money.

Retirement planning isn’t a set-it-and-forget-it proposition. Your plans take thoughtful care and the help of professionals.

Get the help you need with retirement planning »