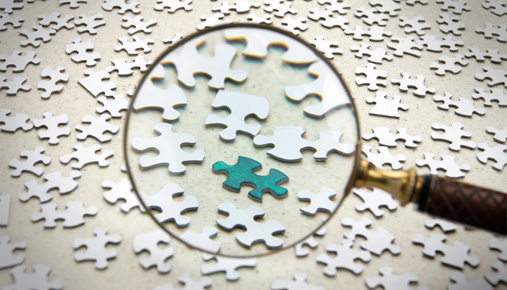 Food for Thought: Breaking Through Your Mental Blind Spots

In a recent study, Harvard University researchers determined that some 47% of people performing any given task found their minds drifting to other subjects.

There’s a lesson here for traders. Specifically, the importance of maintaining laser-focused attention on the here and now. Given everything competing for our attention these days, that’s easier said than done. What’s a wandering trading mind to do?

Practicing “mindfulness” could be the answer, according to trader and clinical psychologist Gary Dayton. His new book, Trade Mindfully: Achieve Your Optimum Trading Performance with Mindfulness and Cutting-Edge Psychology, explores this and other related gray matters.

Mindfulness, as Dayton sees it, is the “state [of] a mind that sees what is happening in the present moment without judgment.” For traders who master mindfulness, “attention becomes sharper and you begin to see things in the chart much more clearly,” he said. “It helps us stay in the present, the here and now. Our minds are frequent flyers to the future and the past.”

In his book, Dayton examines how a variety of mental blind spots adversely affect traders. He offers a few pointers to avoid these traps. Some highlights:

The recency effect. This is the tendency to weigh most recent events more heavily when making a decision. A trader who has had three losses in a row, for example, might hesitate on the fourth trade because the mind is saying “this will be a loss too,” Dayton writes.

Loss aversion. Humans are naturally averse to losses, which we tend to experience more often (or perceive that we do) than wins. In trading, this could contribute to cutting winners short because of a fear of losing that profit.

Representativeness, or the appearance effect. Humans often make decisions based on appearances without making a detailed, longer-view analysis. “A trader is looking at a chart and sees a bull flag [technical pattern] and says ‘Oh, that’s a great bull flag, let’s go in and buy the market.’ But, it could be a good bull flag, or it could be occurring at the end of the trend, but we don’t take that into account.”

Base rate neglect. This is the tendency to ignore the odds. Every trade has a probability of winning and losing. Traders can become seduced by the recency effect and ignore the base rate or the odds of the trade (see figure 1 for further suggestions on how to counter these effects).

FIGURE 1: MIND OVER MATTER. How to maintain mental sharpness when trading? Putting pen or pencil to paper and keeping good records is one key step. Source: Gary Dayton. For illustrative purposes only.

Generally speaking, mindfulness “helps traders stay focused and helps to tone down all the mental chatter and emotional response,” Dayton said. His book also includes worksheets and forms traders can use to apply these and many more concepts to actual trading.