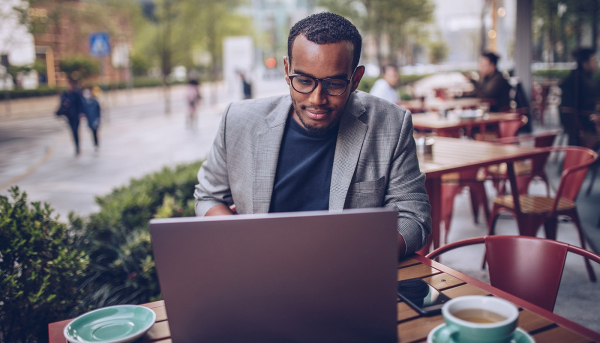 Freelance Economy: How to Prepare for Financial Uncertainty

Freelancing may give you more freedom and flexibility, as well as more  responsibility for your finances

Freelancing offers some real advantages, including the ability to work in various locations and a more flexible schedule. But it also comes with more responsibilities for managing your finances. As your own boss, you’re in charge of making sure you get an appropriate income as well as establishing a way to save for retirement.

According to a new survey conducted by The Harris Poll on behalf of TD Ameritrade, six out of 10 Americans said freelancing is the modern version of the American dream. That sentiment was highest among those who have already joined the on-demand workforce, with 71% saying freelancing is the new ideal. More than half (57%) of traditional workers agreed.

The Harris Poll survey was conducted online from Sept. 28 to Oct. 3, 2018, among 2,143 U.S. adults ages 18 and older. Key populations included: 438 on-demand workers (220 full-time freelancers and 218 side hustlers) and 975 traditional workers. The remaining sample pool consisted of part-time workers, students and retirees. Harris and TD Ameritrade are separate and unaffiliated companies.

“With more than 16.5 million people in the United States working in ‘contingent’ or ‘alternative’ work arrangements, we’re seeing an enormous shift in the way people spend their working lives,” said Christine Russell, senior manager of retirement and annuities at TD Ameritrade. “Although some see drawbacks, a lot of people put a premium on the increased freedom and flexibility this evolution is enabling. And however they feel about it, there’s widespread agreement that freelancing is the future of work.”

One reason why more people are favoring freelancing is that they have lost trust in employers.

Millennials are especially likely to choose freelancing flexibility over traditional corporate employment, with 52% of respondents from that generation saying they’d rather work 80 hours a week freelancing for 20 years than work a nine-to-five corporate job for 40 years. And 48% of millennials would ideally have both freelance and traditional work, while just 24% want to freelance full time, according to the survey results.

Financial Challenges of a Freelance Career

Although many people are excited by the opportunity to be their own boss and chart a unique career path, there are challenges. A freelance lifestyle could turn out to be unsustainable and leave them (and possibly loved ones) at risk financially.

Although a majority of respondents said they believed the on-demand workforce is the future of the American economy, 57% thought that an economy driven by on-demand work is not sustainable in the long term.

The biggest barriers to becoming a freelancer are financial uncertainty and a lack of traditional benefits. Planning for retirement is also more difficult for freelance workers, according to 66% of respondents.

“Although being your own boss can give you the freedom to be more flexible with your hours, that freedom also extends into how you build your financial future,” Russell said. “Unlike their traditional counterparts, on-demand workers probably don’t receive friendly emails from their HR department reminding them to take advantage of the company retirement benefits, which is why it’s important to be proactive and learn about various tools available to the on-demand workforce.”

Fortunately, freelancers have several tax-advantaged retirement accounts to turn to for their long-term financial-planning needs. Much like 401(k) plans provided by traditional employers, alternative retirement accounts can offer opportunities for retirement saving through tax deductions or tax-free growth.

Here are some retirement savings vehicles that freelancers can use:

Roth Individual Retirement Account (IRA). You don’t have to be a freelancer to open a Roth IRA, but these accounts do have significant relevance for freelancers. When it’s time to withdraw, there’s no need to pay taxes on the earnings on a Roth IRA, because they’re paid up front. The 2019 contribution limit is $6,000 or $7,000 for those who are 50 or older. Although there are income limits on who can contribute, anyone can convert existing IRA or 401(k) assets to Roth plans. Keep in mind that a Roth IRA, is not for everyone, and even some of those who choose a Roth IRA going forward may not convert a Traditional IRA to a Roth.Traditional Individual Retirement Account (IRA). Like with a Roth IRA, freelancers can also open a traditional IRA account, which has different tax advantages. Contributions to a traditional IRA, which have the same limits as for a Roth IRA, can be deducted from your income taxes that year, unlike contributions to a Roth IRA. However, keep in mind that when you withdraw the funds you will be required to pay taxes on any gains. Simplified Employee Pension (SEP). In addition to contributing to a traditional or Roth IRA, freelancers can also contribute to a SEP IRA, which is a special plan just for entrepreneurs. This plan allows workers to contribute and deduct 25% of their freelance income up to $56,000 for the 2019 tax year. The SEP IRA is flexible: It’s possible to change the percentage of contributions every year, skip years, or even contribute once and never again.Solo 401(k). Another plan only available to entrepreneurs – and especially solo-preneurs like freelancers – is a form of 401(k) called a Solo 401(k). Also known as an individual 401(k), a solo 401(k) provides the ability to contribute and deduct 25% of freelance income up to $56,000 for the 2019 tax year. Those 50 years or older may qualify for $6,000 in catch-up contributions.

To help investors determine which method of saving is best for their situation, TD Ameritrade provides a Contribution and Eligibility Modeling Tool that models contributions to SEP IRA and Solo 401(k).

The freelancing life can bring a range of perks, including the freedom to work where and when you like. It can also come with financial uncertainty. Freelancers must take even more responsibility for their income and retirement finances without the benefits that traditional employers might bring.

Consider being just as diligent about your savings as you are about your career. You can get an early start on your long-term savings by opening a tax-advantaged retirement account and making regular contributions to try to maximize returns.

Note that these are not the only tools available to on-demand workers. Be sure to consult with a qualified tax-planning professional with regard to your personal circumstances before making a decision. TD Ameritrade does not provide tax advice.