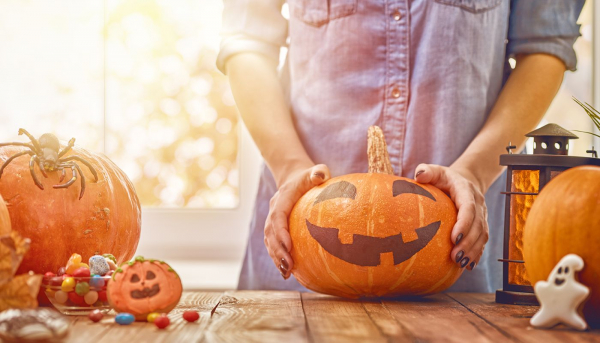 Halloween-related spending hit a new high in 2017, according to the National Retail Federation

Halloween is right around the corner, and not only is it a big hit with kids, but it’s also big business. We’re not just talking about the Halloween festivities, but also Halloween-related stocks and investing.

According to the latest data available from the National Retail Federation (NRF), which has tracked the holiday since 2003, total spending for 2017 hit a record $9.1 billion. And with more than half the U.S. population planning to celebrate this year, spending an estimated average of $86.79 each, 2018 could shape up to be another record year.

Not surprisingly, the biggest Halloween activity is handing out candy. NRF’s survey shows that 7 out of 10 consumers plan to give out treats. The recipients of those treats—according to the U.S. Census Bureau—will largely be children ages 5 to 14, although in total an estimated 41.1 million trick-or-treaters will be heading out this year, and visiting 120 million potential stops.

The actual figures could be higher, of course, since many other children outside those age ranges also go trick-or-treating. (And there’s no estimate on who eats more Halloween candy, adults or kids.)

It’s easy to sugar-coat the holiday, but that could lead to a little indigestion. The Census Bureau also noted that as of 2018, the U.S. chocolate and cocoa industry’s shipments totaled about $20 billion. The National Confectioners Association says the industry generates $35 billion in retail sales each year.

No Need to Get Spooked

You might not want a witches’ brew in your Halloween portfolio, but there are many ways to think about adding a little holiday spirit. The top candy manufacturers also make many Halloween treats.

Hershey’s owns many of the brands on the market, including ones that don’t carry its moniker, like Dagoba Chocolate and Scharffen Berger Chocolate Maker. Rocky Mountain Chocolate Factory is known for its candy and retail stores in the U.S., but also operates locations in Canada, Japan, the Philippines, and the United Arab Emirates. Tootsie Roll makes almost 30 different sweets, including Junior Mints and DOTS.

NRF says online search and retail stores are where more than 50% of Halloween celebrants get their costumes, with most of the other 50% surveyed hitting discount stores. That could mean shoppers may visit the big retailers like Amazon (AMZN), Target (TGT), and Wal-Mart (WMT) for supplies.

Want to think outside the pumpkin? Consider entertainment. Spooky movies are a staple of Halloween. Netflix (NFLX) will likely stock a bounty of scary flicks, and Lions Gate Entertainment (LGF) distributes many horror films, like the Saw series, American Psycho, and a reboot of the classic Halloween, slated for a pre-Halloween release. Theater chains like AMC Entertainment Holdings (AMC), Cinemark (CNK), and IMAX (IMAX) may also indulge in fright fests with showings of classic or new film releases to draw out crowds.

Make no bones about it, Halloween stocks can be a fun way to think about the magic of investing.