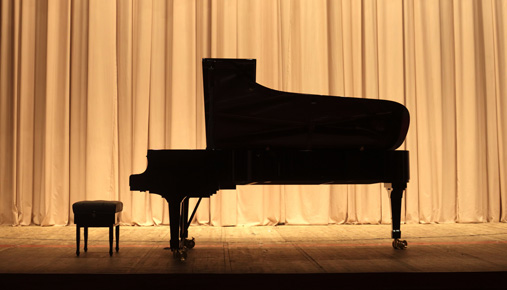 Have You Practiced Your Trading This Week?

We’ve all heard the old saying: practice makes perfect. Just like athletes who hone their skills on a daily basis, traders can, too. However, many traders don’t practice their strategies and methods at all. Have you fallen prey to the idea that if there isn’t money on the line, it’s not worth doing? Nothing could be further from the truth.

Research shows that well-structured practice can push you to perform at the edge of your abilities, and that coaching and social support are key ingredients in success, says Dr. Gary Dayton, an active trader, trading psychologist, and founder of TradingPsychologyEdge.

“‘Deliberate practice’ is the term developed by psychologists that describes the kinds of things people do to reach a high level of performance and expertise in a given field,” Dayton says.

Dayton points to the the 10,000-hour rule popularized by Malcom Gladwell, who wrote in his book Outliers that it takes 10,000 hours to become a world-class performer. “It’s a myth on a couple of levels. First, the research Gladwell drew upon didn’t say this. Top performers had practiced on average for about 10,000 hours. Some practiced much more, some much less. Gladwell took the average and made it into a minimum threshold, which the research just doesn’t support,” Dayton says.

Second, high-level expert performance is attainable in substantially fewer than 10,000 hours, Dayton says. “This is important. I’ve heard many people immediately give up on deliberate practice because they think it will take them too long to make accomplishments. This is unfortunate. Even 10 or 15 hours of deliberate practice will be of measurable benefit.”

How Do You Practice—Mindlessly or Deliberately?

It’s not just the hours you put in, but how you practice and the type of adjustments you make that could make the difference. Dayton outlines two different scenarios in how to practice a golf swing:

A. The typical golfer about to play a round shows up early at the course and gets a bucket of balls for a pre-game practice. He selects a club and then starts hitting the balls. Soon, the bucket is empty and he wanders over to start his game.

B. A person employing deliberate practice takes a different approach. She gets the same bucket of balls, but is interested in working on specific shots. She may start, for example, with a long, shallow tee shot, driving four or five balls, then assessing her shots. Because she is shanking a bit to the left, she adjusts her stroke and drives another five balls. No longer shanking, she sees she is lofting a bit too high and works the next set of balls to flatten the trajectory. Once satisfied with her tee shot, she may go to her pitch or chip shots and work through her practice in the same methodical way.

One golfer is just hitting balls, rather mindlessly, while the other is practicing in a purposeful and deliberate way, Dayton explains. “Deliberate practice is practice structured with a specific goal, seeks feedback to identify performance weaknesses, and uses that feedback to make informed adjustments to get closer to the goal.”

Deliberate practice could be the key to breaking bad habits or conquering negative emotions that derail your trading success. Dayton points to this example: “One trader made good trades, but held trades too long. Mentally, he was afraid of ‘leaving money on the table.’ He often gave back profits as the market reversed. He employed deliberate practice to find the ‘sweet spot’ of trade exit for his setups,” Dayton says.

Just like the golfer, he tried a variety of different approaches, assessing the feedback and adjusting, Dayton explains. “Eventually, he developed an approach that not only took him out of the trade at the sweet spot, but also, when certain conditions arose that he discovered from his deliberate practice, he could hold a portion of his trade for greater profits. Deliberate practice helped him not only technically, but mentally as well.”

How to Practice Your Trading

One of the best deliberate practice routines for traders is to use the replay function available on many charting software packages, Dayton says. “This allows you to set up your market and indicators, start at a given historical point in time, and then walk-forward the data.”

thinkOnDemand, the backtesting function in the thinkorswim® platform from TD Ameritrade, can allow you to practice your trading with actual historical market data, in historical market conditions. You can replay a set of conditions and see how different strategies or tactics may have played out.

Let’s say your entries were too early. “Use this feedback to make adjustments and try the adjusted entry in the next 5 or 10 trades. Continue like this, working on each aspect of your trading, seeking to find limitations, making adjustments, and testing your revisions in a continuous cycle of deliberate improvement,” Dayton says.

Practice Makes Perfect … or At Least, Gets You Closer

In the end, perhaps traders could see improved discipline from time invested in practicing their market approach. Trading is a performance-based activity, Dayton says. “In over 40 years of research and inquiry into what makes great performers in any field great, nothing has been found that surpasses deliberate practice’s utility in developing expertise and mastery. In fact, the research shows that things people typically associate with greatness such as talent, personality and genes, truly aren’t a factor. It’s deliberate practice that makes the real difference.”

Practice Trading on thinkorswim Without Risking a Dime

Practice analyzing, strategizing, and trading like nobody’s business with paperMoney® on the TD Ameritrade thinkorswim® platform.