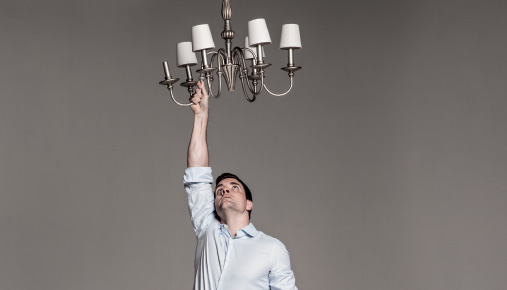 How to Muck Up a Chart: Four Stock-Charting Taboos

In the world of trading, there are basically two types of approaches. Think of one as traditional and discretionary, where you manually execute trades using a set of indicators and inputs. You trade with your gut, while your emotions pose the biggest threat to smart trades.

The other approach is mostly mechanical. You use a bunch of charts and indicators in an attempt to get a handle on predetermined entry and exit points. Here, you’re not trading with your gut. But the greater concern is “input risk”—if one of your algorithms or assumptions is wrong, you could lose money.

Whatever your charting preferences, a number of cardinal sins could ruin a good plan at some point.

This is all about indicator overload (Figures 1 and 2). Open any charting program and take a look at available indicators. You’ll usually find a dizzying array—hundreds more than most on thinkorswim® in fact—ranging from simple moving averages to complex indicators like the Ichimoku Cloud with six different inputs. Both types of indicators do basically the same thing—they smooth price data to help you see the longer trend and recognize areas of potential support and resistance. It doesn’t make sense to use both since they do the same thing. 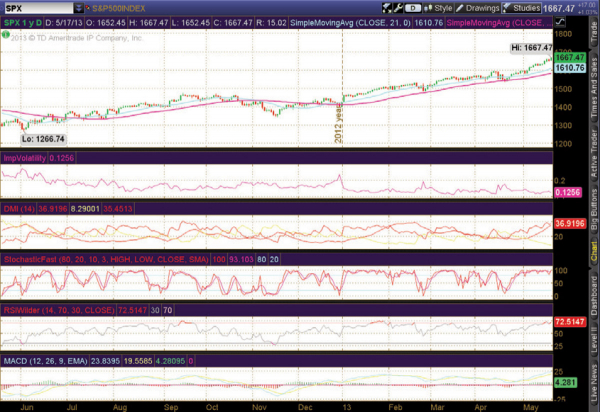 FIGURE 1: ANALYSIS PARALYSIS. How easy would it be to spot a coming trade with this chart? Not very. A dizzying array of indicators will create trader inertia. Chart from TD Ameritrade’s thinkorswim platform. For illustrative purposes only.

Oscillators such the Relative Strength Index (RSI), Stochastics, and Moving Average Convergence Divergence (MACD) also use various permutations of price and time. They show you the same information from slightly different perspectives. But how many times have you seen charts that include two or more oscillators?

The net result of trying to track too many indicators is that you wind up not trading. Conflicting signals can keep you on the sidelines, catatonic in your comfortable ergonomic chair, paralyzed by indecision. If you want to use multiple indicators, it could make more sense to choose ones that utilize different types of data. For instance, if one indicator uses price and time, you may consider using a second one with volume, and a third with market breadth including new highs and lows, to give yourself a more complete picture.

Once you move beyond three sets of trading indicators, there tends to be too much information to help you quickly and easily track potential opportunities.

Aviation experts tell us that a visual-flight-rules pilot (VFR) has an average lifespan of two minutes if the pilot gets lost in the cloud. Why? A VFR pilot must have the ground in sight at all times. If that reference is lost, the instruments can’t be interpreted properly or trusted. Pilots will then try to fly by the seat of their pants and this often leads to disaster. Although not life threatening, making the same mistakes in your trading behavior can be financially and emotionally disruptive.

Why do some traders ignore indicators? When a trade goes bad, some are tempted to believe that this time will be different, i.e. “I just hit my stop loss but the stock is acting better today so I’ll give it room.”

Unfortunately, the trader realizes the error of this decision after many “Teflon” stops have been broken, and the trade has turned into a huge loser.

“Ignoring indicators or targets stems from the tendency to think positively,” says veteran commodity trader and trading teacher Larry Williams. Although optimism may feel right at the time, it can be a serious trading buzz kill. When Williams enters a trade, he says he does so expecting to lose. That way he won’t be tempted to overstay his welcome when a stop loss or exit signal is triggered.

An old trader adage says it takes volume to move prices up. But prices can fall of their own weight. In real terms, price is what it costs you to buy a stock. But volume may be what fuels it.

Volume is a measure of the amount of “participation” and also provides liquidity. Without volume, trades may get more expensive due to widening bid-ask spreads. In the worst case, when volume dries up, trades can become pretty impossible. Few experienced traders would buy a stock that trades less than 5,000 shares a day. But how many of those traders ignore volume when doing their charts?

Volume is also a valuable chart-pattern confirmation tool. Choose any well-known chart pattern such as the Head & Shoulders, Cup & Handle, Wedge, Flag, or Pennant. Each one has a volume signature which is used to confirm the pattern. For example, one way to separate a bearish rising wedge from a true rally is volume (Figure 3). 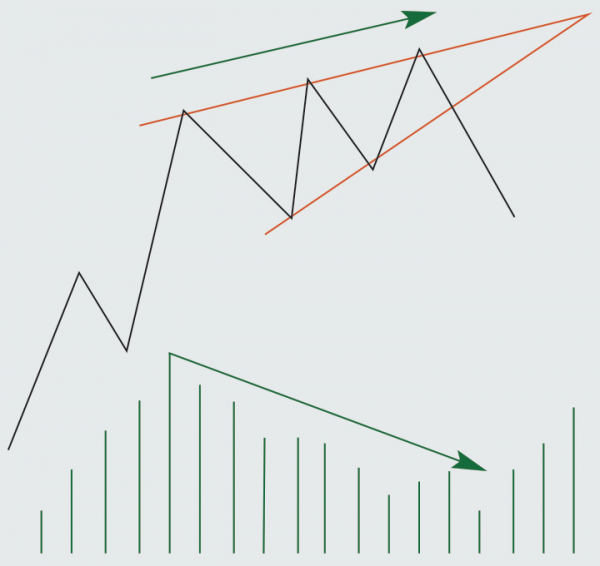 FIGURE 3: BEARISH WEDGE in an uptrend (black line with red wedge) will typically have declining volume (green line) before a breakout occurs on heavy volume. For illustrative purposes only.

4: Assuming All Charts Are Created Equal

Many traders assume that stocks, indices, and exchange traded funds (ETFs) move the same way. But there can be a world of difference between them.

First, stocks can be more volatile, with the potential to make double-digit percentage moves in a day. This type of move is extremely rare in, say, a broad-based index.

Second, most stocks exhibit seasonal patterns based on their market or production. For example, a gold-mining company can be impacted by seasonal gold demand and production schedules. Since a broad-based index often tracks stocks across industries, the seasonal pattern may not be as obvious or easy to read because the trader sees a composite of all the companies involved.

Third, each stock has a kind of individual trading personality. And those who trade it represent a community which moves, based on the behavior and personalities of everyone in the group. An indicator or trading system that works well with a stock may prove worthless for trading an index-tracking security.

Be careful not to assume a system that works well in individual stock trading will automatically work when trading a basket of stocks.

When Your Charts Stop Working

If you find your charting system is performing poorly, chances are the problem is between your keyboard and your seat. (Yes, you.) Tweaking your system now and again ought to be expected because markets are always changing. Adjust parameters such as look-back periods and moving-average lengths. Or perhaps improve or discard the logic, and start over. If your approach in the long term isn’t working, don’t hold onto it in the hopes that the market will one day cooperate again. As economist J. M. Keynes once said, “Markets can remain irrational a lot longer than you and I can remain solvent.”