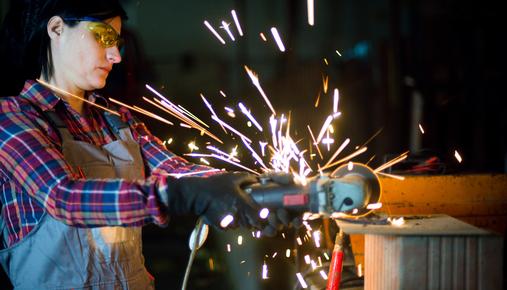 How Working Women Can Harness Their Financial Power

Have you ever taken a second to reflect on the achievements of women and their evolutionary roles in society? I’ve been particularly interested in the financial evolution of women as it relates to personal finance and long-term investing.

There is no doubt that a woman’s role in the household has rapidly changed over the past several decades, but a new study shows just how pronounced this change has been. According to the Allianz Women, Money, and Power Study, 51 percent of women report that they are the Chief Financial Officer (CFO) of their households, and 53 percent say they are responsible for managing long-term savings and investments. Additionally, 37 percent of women who participated in the study say they are the primary breadwinners.

I believe there are four key societal trends driving women to take a more prominent role in controlling their financial futures:

Trend 1: Leaning in and articulating their worth.

It’s been four years since Facebook COO Sheryl Sandberg made “lean in” a popular (and sometimes controversial) rallying cry. Nearly half (44 percent) of the women surveyed by Allianz said that they have “leaned in” by asking for a raise or promotion at work.

Since the financial crisis of 2008–2009, more women are feeling responsible for household financial decisions. Author Jay Newton-Small has asserted that more women in Wall Street and regulatory roles could have prevented the crisis. As a result, women are taking ownership of their financial situations to ensure this doesn’t happen again.

Trend 3: Women in the workforce.

This trend seems fairly obvious. By 2000, nearly 60 percent of women were in the labor force, up from 38 percent in 1960. This rapid growth boosted women’s representation in the workforce overall.

We have also seen a rise in women going to graduate business school, which has led to larger representation in corporate leadership and more exposure to advanced finance and accounting. Beyond the traditional MBA, women are even surpassing men in master’s programs in other related fields, like accounting and management. (See the Women Well Represented in Master’s Programs chart for male-to-female ratio in applicant pools by program type.)