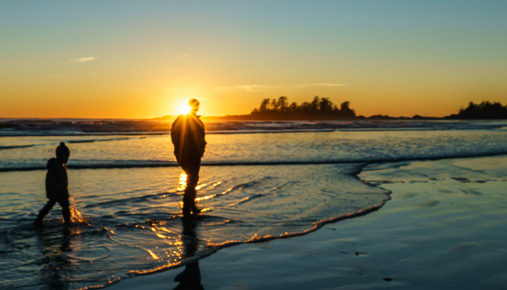 Recent record-high U.S stock prices may be great for younger investors who are trying to grow their wealth. But when the stock rally coincides with record highs in the bond market, it doesn’t make things particularly easy for a different type of investor: retirees trying to find safe and relatively decent yields.

How are retirees dealing with historically low yields in the U.S. and, in some cases, negative interest rates in Europe and Asia?  This is a timely and important question for investors who need income from a portfolio.

Arguably, the environment has never been more challenging for those with long-term income needs, as yield on the U.S. 10-year Treasury bond recently fell below 1.4%. It’s bounced back a bit since then, reaching nearly 1.6% by mid-July. Yields on the 10-year regularly traded above 4% in the years before the 2008 financial crisis. Yields fall as bond prices rise.

“The age-old investment dogma that equities outperform bonds over the long term, even on a risk-adjusted basis, has been upended,” says Stephen Biggar, director of product strategy for Argus Research.

Over the past 10 years, bonds with greater than a 20-year duration have actually outperformed stocks, with an average 9.3% return versus 7.3%. Meanwhile, 10-year Treasuries are running close with a 6.7% average over the past 10 years. So not only are yields on Treasuries low; anyone investing in bonds now has to do so at record-high prices, meaning potential losses if the bond market descends from these lofty levels.

But all isn’t lost for those in or near retirement. It’s still possible to generate relatively safe and decent income in the current market, but keep in mind that key word “relatively.” Things have changed a lot from 10 years ago in the income world. 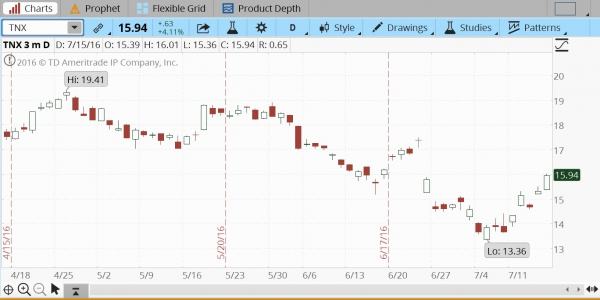 If a 1.4% or 1.5% yield from a 10-year government bond won’t pay the bills, retirees need to find other pathways to income. But that can sometimes mean sailing into rougher seas.

“That’s the problem,” says David Settle, curriculum development manager at Investools®. “The search for a higher yield is in areas that are pretty risky for retirees.”

There are several investments outside of the traditional government bond sector where retirees can seek relative safety and decent yields:

Let’s look quickly at each possibility and explore their pluses and minuses for the income investor.

Dividend Stocks: Looking Beyond the Obvious

In the past, when retirees wanted income outside of government bonds, dividend stocks in sectors such as utilities and consumer staples were often popular choices. The problem now: so many investors have already taken this route that those two sectors are starting to look overvalued to some, Settle says.

Instead, it may be worth looking at some alternate sectors where stocks are under pressure, potentially providing better value opportunities.

“Some income investors may see discretionary, industrial, and technology sectors as showing some potential value now,” Settle says. “They’re not exactly traditional areas for income investing, but you may have to think outside of the box when you want income and want to protect principal.” He notes that even the tech sector, not a place one typically thinks of as a potential source of income, was recently yielding higher than 10-year Treasury bonds.

It’s still important to recognize and understand the risks when considering dividend stocks, however.

“We would not recommend going out too far on the risk curve to obtain higher yield,” Biggar notes, adding that even now, some traditional utility dividend plays provide a 5% dividend and, while not guaranteed, have demonstrated increasing payments over time.

Municipal bonds have some advantages for income investors, including the fact that interest income is typically federal tax-free and often free from state taxes as well. (Although some munis can be subject to the Alternative Minimum Tax.) That’s certainly appealing for investors who are trying to keep any extra money they can in this low-rate environment.

“With municipal bonds, you can get a safe 4%,” Biggar says. “You’ll be paying above par on these, but if you keep an eye on yield to maturity, which is the yield that factors in any premium over par, you can still get a reasonable yield.”

Not too long ago, retirees could choose corporate bonds for part of their portfolios and count on yields at around 5%. No longer.

“Ten years ago the kind of products you’re getting 5% in now may have gotten 10%, and you’d think it was too risky,” Settle says. “People say they need to get 5% because that’s the expected return, and that would have been normal before 2007 or 2008. Now, to get 5% returns on any income product, a lot more risk will be taken.”

In other words, don’t expect today’s 5% corporate bond to be as “safe” as yesterday’s. Interest rates on 7-to-10-year bonds of high-quality U.S. companies are 3.14%, according to Bank of America Merrill Lynch. A year ago, those corporate bonds yielded 3.92%.

“The relative attractiveness of U.S. corporate debt has drawn in billions of investor cash,” The Wall Street Journal recently reported. “For investors, the low yields mean they are getting paid less for the risk they are taking with bonds that, while safe, are riskier than government debt.”

Still, the “Pi” rate of 3.14% looks pretty good compared to 1.4% from a 10-year government bond—as long as investors understand that even high-quality corporate bonds can still be risky.

Going For the Long One

If shorter-term government bonds don’t bring in yield, does it make sense for retirees to look longer term? Perhaps. The 30-year government Treasury bond yield was recently 2.28%. That’s pretty weak compared to 5% or higher before the 2007/08 financial crisis, and it’s still well below corporate bonds, but many analysts consider it less risky than corporates.

Biggar sees benefits of owning both shorter- and longer-term bonds.

“Interest rates, particularly on the short end, are highly unlikely to move lower, while yields on longer-dated maturities have also likely witnessed most of their downside,” Biggar says.

“To move up the capital structure from common shares, preferred stocks are also a good way to get reasonable yield,” Biggar notes. “Most of these are issued by banks, so there is some sector risk, but they tend to yield in the 4.5% to 5% range.”

A Return to Normal? Not Likely Anytime Soon

All that said, most retirees would probably be happier if markets returned to their historic norms, when a 4% yield on Treasury bonds promised relatively secure income prospects without losing sleep. Can that era return?

“Presumably, the bond rally can’t last forever, given yields can only go to zero—or can they?—while stocks have infinite upside,” Biggar says. “However, our view is that yields, particularly on durations of at least 10 years, will remain lower for longer, as global economic pressures and a persistent flight to safety result in a continued strong demand for bonds.”

That means it’s going to remain important for income investors to stay on their toes.

“The main thing is, you may not be able to think as a retiree of building a portfolio like you could 10 years ago,” Settle says. “You may need to think outside the box.”

You may be searching for yield, but you’re not alone. TD Ameritrade has tools intended to help do some of the heavy lifting for you.

Explore income solutions that may fit your needs »