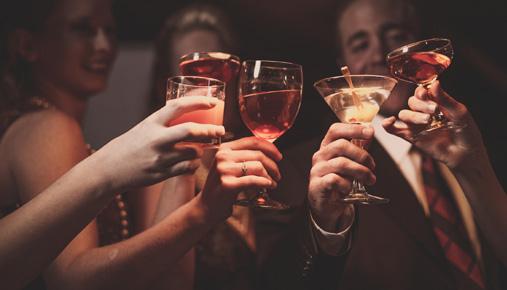 Remember investment clubs? Popular in the 1980s, they were a way to exchange knowledge about trading, back in the pre-internet days when getting information was difficult. Today, information is a mere click away, but investment clubs can still be a good way to learn about investing money and buying stocks.

Have Fun, Learn, Have More Fun

Chicagoan Lisa Arneson has been in an investment club since 2008. She and her friends initially started the club to learn more about the stock market, “especially because we just had the big crash,” she says.

They formed an LLP, get together quarterly, and have monthly dues of $75. They make buying decisions as a group. Initially the group was big on education, says Arneson, although it’s less so now because they’ve been together for nearly 10 years. But beyond simple investing, she says she likes their brunches and the social aspect of getting together.

“I like the idea of investment clubs. When open, unbiased information flows into investment rationale and strategy within a group, all members benefit. No one is dictating all the decisions, but rather portfolio recommendations are based on merit and consensus,” he says.

“The best thing about an investment club is it gives someone access to opinions and knowledge of individuals that they trust, who are also putting their personal money into a potential investment. There’s a level of comfort in investing in something that others agree with you on,” he says.

Of course, nothing is foolproof, and White says people who are thinking of starting or joining an investment club should know that decisions are usually made on consensus, so some individuals’ views may get overridden. People should also consider the financial obligation.

White notes that club members need to be on top of possible legal requirements. Although most clubs don’t need to be registered with the U.S. Securities and Exchange Commission, some do, depending on how they’re structured.

“Using an investment club could be good idea if you have like-minded individuals who can all discuss potential investments without fighting, and who genuinely don’t care how the votes go on investments. It also is probably for individuals who have a little bit of wealth, or who can make a decent monthly payment,” he says.

White encourages people who start or join clubs to keep the emphasis on fun as they learn about investing and investment management.

“Use a percentage of the profits to do something interesting as a group, like go a on special trip with your families. That could be a goal of the club, and once it’s reached, you could set a higher one,” he says.

Are you ready to trade against college students nationwide for a chance to win big prizes? Get a team together and register for the thinkorswim&reg Challenge. No purchase necessary. Subject to Official Rules.