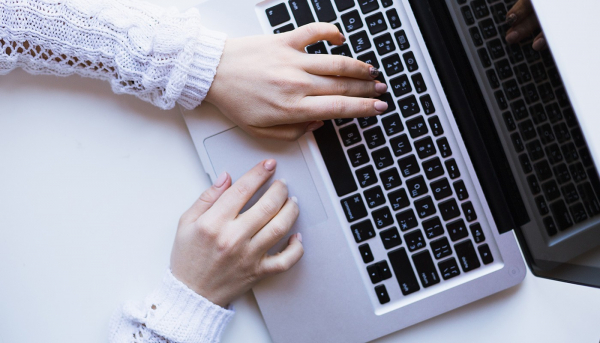 The Strong U.S. Dollar Drives a Pullback in Precious Metals

Are Oil Prices Falling Because of Recession Fears Or Just Changes in Supply and Demand?

(Thursday Market Open) Equity index futures are pointing to a higher open as signs of weakness in the labor market may let the Fed take their proverbial foot off the economic brake.

Earlier this week, the JOLTS job openings were higher than expected but lower than the previous month. This morning the Challenger Jobs Cuts report saw an uptick in corporate layoff announcements and the initial jobless claims also came in higher than expected. Equity index futures rose after the Challenger report as a possible indicator that tomorrow’s Employment Situation report may be weaker than the consensus for 250,000 jobs added during June.

Though it may seem odd to see job losses as good news, the overheated hiring market has led to wage inflation and weaker corporate earnings. But signs that the labor market is weakening, and inflation is abating could prompt the Fed to be less aggressive in future rate hikes.

It’s news that appears to be helping investor confidence. The Cboe Market Volatility Index (VIX) was lower once again this morning testing its recent lows around the 26.5 level. This VIX level appears to be correlating with the 3,870 level in the S&P 500 futures. If the level is broken, the S&P 500 may test last week’s highs around 3,900.

Commodity markets are attracting increased attention as oil, precious metals, and lumber continue to tumble. Downswings are also happening in grains including corn, soybeans, and oats. The Bloomberg Commodity Index futures are down more than 18% from its June high, although its heavily weighted towards oil. Nonetheless, many investors are perceiving the weakness in commodities as a sign of an oncoming recession, but it may be that the U.S. dollar strengthening over the last 14 months is finally curbing inflation.

British Prime Minister Boris Johnson’s resignation was big news this morning and the British pound did trade higher afterward as did the London’s FTSE 100, which gained 1%. There was even a small upward blip in the S&P 500 futures overnight after the announcement. But as the trading day goes on, the news is unlikely to prompt much more movement.

The U.S. Dollar Index ($DXY) closed 0.50% higher on Wednesday, yet another 52-week high for the greenback. While the strong dollar may have weighed on stocks, it really seemed to do a number on precious metals.

Gold futures settled 1.6% lower on Wednesday, taking its two-day slide to 4.5%. While gold has been volatile over the last year, it had been trending upward as of last week. That ended Tuesday, and in yesterday’s session, the precious metal tested its August and September 2021 lows.

While the dollar is a factor on precious metals, the downtrend in copper is more concerning as an economic indicator. Copper is used as wiring for anything that conducts electricity. That’s why many investors use copper as an economic indicator to reflect the demand for everything from electronic goods to wiring in new homes and skyscrapers. However, copper is down more than 30% from its March high, which some analysts view as a bad sign for the global economy.

The major indexes were able to eke out a few gains despite NYSE decliners outpacing advancers once again. The Dow Jones Industrial Average ($DJI), Nasdaq Composite ($COMP), and the S&P 500 (SPX) rose 0.23%, 0.35%, and 0.36% respectively. Mega-cap stocks were able to help the indexes finish higher.

The service sector of the U.S. economy grew more than expected in June with the S&P Global Composite PMI and the ISM Non-manufacturing PMI numbers posting above analysts’ estimates.  Job news was a little more tempered as the May JOLTS report showed higher-than-expected job openings, but still lower than April’s total.

CHART OF THE DAY: DIPSTICK. WTI crude oil futures (/CL—candlesticks) have recently fallen back near pre-Russian invasion levels. This has been a level of support much of the year. Data Sources: ICE, S&P Dow Jones Indices. Chart source: The thinkorswim® platform. For illustrative purposes only. Past performance does not guarantee future results.

Russian to Market: While there’s a strong argument that oil prices are falling due to recession fears, there’s also reason to believe that regular market forces are pulling oil prices lower. The spikes in oil prices back in February and March were a reaction to Russian oil not getting to market because of global sanctions against Russia’s war against Ukraine. Nations including Australia, Britain, Canada, and the United States stopped importing Russian oil while Japan and the European Union committed to phasing out the use of Russian oil.

However, Reuters reports that China and India are among nations that have increased purchases of Russian oil, allowing Russia to maintain exports at about 80% to 85% of their January numbers. So, the oil supplies that were thought to be lost due to the war and sanctions probably aren’t as big a factor in recent higher oil prices.

It’s also important to know that Russia is selling that oil at a discount which is likely putting downward pressure oil prices.

Two-Cycle Oil: Another reason to believe oil may have topped out by regular market forces is that oil normally hits a top in the summer months and starts to recede in September. According to the “Stock Trader’s Almanac,” oil often trades on a cycle where it bottoms in February and ramps up as North Americans come out of their winter slumber and start traveling, creating the highest demand for oil and oil products.

While there’s still several weeks left in the travel season, there’s a reason why oil contracts are called “futures” because oil traders are focused on what may happen to the future price of oil.

Homeward Bound: Finally, oil prices may be falling because seasonal demand may actually end up lower. High inflation across the board is forcing many consumers to be more selective about their spending choices. According to the U.S. Travel Association’s Monthly Travel Data Report, 41% of American travelers said that rising gas prices will impact their travel plans over the next six months. Travelers may choose to travel less and/or stay closer to home, thus reducing demand for oil products overall.

It’s not just inflation causing people to cut back on travel plans. A new survey conducted by Morning Consult on behalf of the American Hotel & Lodging Association found that rising COVID-19 cases in the U.S. are prompting 69% of respondents to take fewer trips while 55% are likely to postpone trips and 42% are likely to cancel.