IPOs: Do They Live up to the Hype? – Professional ThinkorSwim indicators – Premium ThinkOrSwim Downloads & Indicators

IPOs: Do They Live up to the Hype?

Our brains are wired to like new things, even when they aren’t necessarily better than the old. In the world of investing, nothing is newer or can generate more excitement than an initial public offering—commonly referred to as an IPO. There’s a lot of buzz surrounding IPOs and speculation runs rampant as to who will be the next company to file and when.

Shares for headline-generating IPOs can be oversubscribed, meaning demand is much greater than supply for the new shares. This may cause the price to rise when the newly issued stock first begins trading on a public exchange. On the other hand, if the supply of shares is much greater than demand, the stock price can rapidly decline.

While you might think you’re buying the next Amazon.com (AMZN) or Microsoft (MSFT), there’s also a chance you’re buying the next Fitbit (FIT) or drkoop.com. In case you’re wondering, things didn’t end very well for investors in drkoop.com’s IPO, which reached a valuation of more than $1 billion following its 1999 IPO. Drkoop.com was eventually sold for $186,000 in bankruptcy court in 2002. Fitbit investors fared better, but as of March 2019, shares have still declined more than 70% from its 2015 IPO price of $20.00 per share as the company’s sales growth and profitability declined.

Investing in IPOs comes with different risks than investing in an established publicly traded company since they are frequently newer companies in younger industries; and they don’t have the history of older, more established publicly traded companies, which helps when conducting research. Once public, the company’s new shareholders may have different ideas how the company should be run, media scrutiny usually increases, there’s greater oversight and regulations from the SEC, and new investors have high expectations for the company’s future growth.

Fitbit, GoPro and Snap are just some examples of “hot IPOs” that didn’t live up to their hype. Many analysts were optimistic about the growth of each company, but the investors who bought these companies when they first went public have experienced large negative returns and underperformed the S&P 500 (SPX) (see figure 1 below). 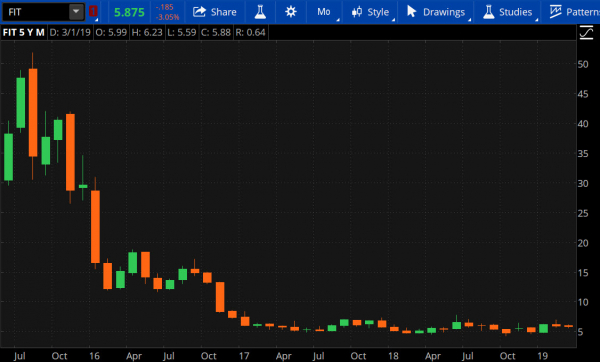 FIGURE 1: FIT DOESN’T SEEM TO BE SHAPING UP. Since its IPO in mid-2015, FIT stock has plummeted as the company’s growth slowed. Chart source: thinkorswim® by TD Ameritrade. Not a recommendation. For illustrative purposes only. Past performance does not guarantee future results.

There have been IPOs that generated substantial returns, but it’d take nerves of steel to have bought Amazon, Apple, or Microsoft and not sold your shares at some point since. Just check out Amazon’s stock chart in Figure 2 below. Some of the most successful IPOs have also been some of the most volatile. Investors in Apple saw the stock price plunge 71% in 2000 and 57% in 2008 (the S&P 500 declined 9% in 2000 and 36% in 2008). Microsoft has earned its investors substantial returns since its 1986 IPO, but they had to hold on tight when the stock price declined almost 70% from the beginning of 2000 to the end of 2008.

FIGURE 2: AMZN SINCE THE START. Since its IPO in May 1997, AMZN stock has provided investors with a lot of volatility and some significant returns. Chart source: thinkorswim® by TD Ameritrade.  Data source: Standard & Poor’s. Not a recommendation. For illustrative purposes only. Past performance does not guarantee future results.

Like any investment, it’s a good idea to research any company that is planning to IPO to determine if it aligns with your financial goals. This isn’t always the case, but newer companies in unproven industries could require more research to fully understand the business and risks.

This is by no means an exhaustive list, but these are some things to consider before investing in an IPO:

Read the SEC Form S-1. This must be filed for a company to register its securities before they can be listed on a public exchange. It provides a detailed look at the business, financial statements, potential risks and how the company plans on using the proceeds from the offering. You’ll also find out important information like what type of shares are going to be available for purchase. More companies are issuing multiple classes of stock that concentrate voting power in the hands of a small number of owners.Check the lock-up period. Many companies compensate their teams with large stock awards, but they don’t want employees to sell large amounts of stock as soon as the company starts trading so they use lock-up periods, which usually last 90 to 180 days and prevent employees and other insiders from selling their stock when the company goes public. The stock can be much more volatile depending on lock-up restrictions and these aren’t always set in stone either. Fitbit lifted lock-up restrictions on 2 million shares early and announced an offering of 21 million additional shares not long after its IPO. When that happened, the stock declined 10% in after-hours trading following the news. Fear of Missing Out? It’s easy to get excited by the buzz surrounding an IPO, but remember you don’t need to buy the stock immediately.  If you wait several quarters, it will give you the chance to examine additional financial statements to see how the company is growing and management is spending the money it raised.Learn if there is a holding period. If you participate in an IPO, be sure to to check with the company to see if there is a holding period where you are restricted from selling shares immediately after the IPO.

All investments have different risks that should be considered, and IPOs are no exception. It can be tough, but don’t let the hype influence your research. When your emotions get in the way, it might be easier to ignore all the things that could make that exciting IPO fizzle.

Before investing in an Initial Public Offering, be sure that you are fully aware of the risks involved with this type of investing. There are a variety of risk factors typically associated with investing in new issue securities, any one of which may have a material and adverse effect on the price of the issuer’s common stock. For a review of some of the more significant factors and special risks related to IPOs, we urge you to read our Risk Disclosure Statement.

For more information on newly-public companies and other up-to-the-minute market news, tune in to TD Ameritrade Network for live programming. 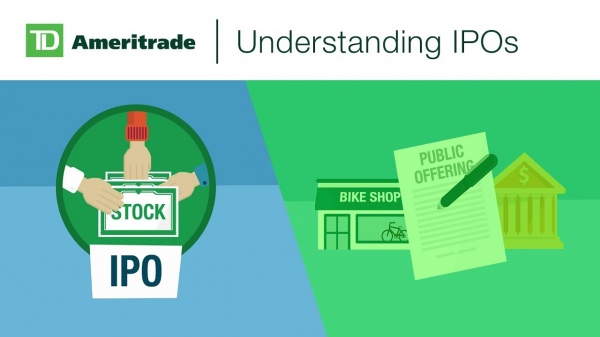