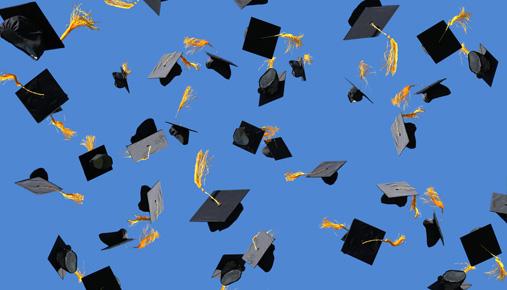 In today’s world of rising tuition, what’s the value of a college education? It’s an especially pertinent question considering that, among 2016 college graduates who borrowed money to finance their educations, the average student loan balance is $37,173, according to student loan expert Mark Kantrowitz.

The good news for college graduates is that salaries are starting to creep up. The National Association of Colleges and Employers said average starting salaries for 2017 college graduates range from a high of $66,097 for engineering students to $48,733 for students with humanities degrees, up from 2016 levels. 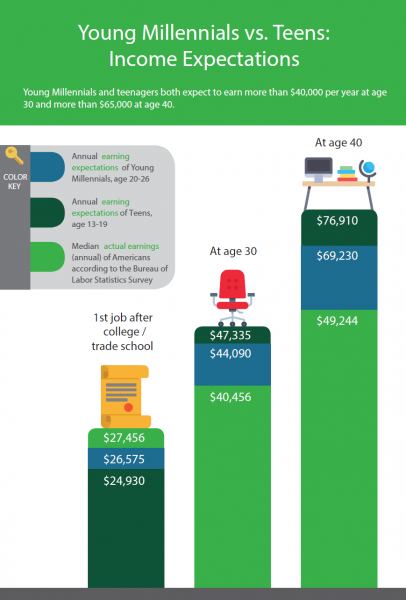 Source: TD Ameritrade. About the 2017 Young Money Survey: A 15-minute online survey was conducted with 2,001 American young millennials age 20 to 26 and teens age 13 to 19 by Head Solutions Group, between March 17 to 22, 2017, on behalf of TD Ameritrade Holding Corporation. The statistical margin of error for the total sample of N=2,001 American teens and young millennials within the target group is +/-2.19%. TD Ameritrade and Head Solutions Group are separate and unaffiliated firms and are not responsible for each other’s services or policies. See Bureau of Labor Statistics Survey.

Young Folks Must Sacrifice, But College Still Worth It

The College Board said tuition at a “moderate” in-state public college for the 2016–17 academic year averaged $24,610, while a moderate private college averaged $49,320. Even with these price tags, participants in the TD Ameritrade Young Money survey say college is worth it. Fifty-seven percent of young millennials between the ages of 20 and 26 surveyed (2,000 in all) said the cost of college or trade school was a good investment in their future, and 80% acknowledged the importance of their degree in obtaining their current job. Seventy-six percent of post-college millennials say they use their degree on a regular basis.

Even so, the costs of college have affected millennials’ lifestyle choices. Thirty-nine percent of participants said they’ve put off buying a home, 31% have delayed retirement savings, 27% are waiting to move from their parents’ home, 25% have delayed having children, and 21% have delayed marriage.

Why It’s Worth It

One reason students say they’re willing to take on college debt is the promise of a better-paying job. In the survey, young millennials in college or who have been to college say they expect higher annual wages when they’re 30, with both groups expecting to make more than $45,000. Those who haven’t attended college expect to make $26,230 at that age. Urban young millennials expect that by the time they are 40, they will make an average of $84,260, while those outside of the top 10 cities forecast an average wage of $62,690 by middle age.

The expectation that college pays for itself continues to bear out in other research. A Census Bureau study released in 2011 estimated potential lifetime earnings for people with and without college degrees. Even considering gender, race, and ethnicity factors, people with college degrees routinely made nearly twice as much over their lifetimes versus high-school-only graduates.

Recent data from the Economic Policy Institute shows the average wage for recent college graduates is $19.18, compared with $10.89 for those with only a high school education. That’s 76% higher.

Although there’s an upfront cost to college, higher education continues to appear to reap benefits. Living with mom and dad may be an initial downside for college grads, but JJ Kinahan, chief market strategist at TD Ameritrade, says young adults can use the time to take the money they’re not paying in rent and use it to save and pay down debt.

“It’s never too early to start learning how to invest and plan for the future,” he says.