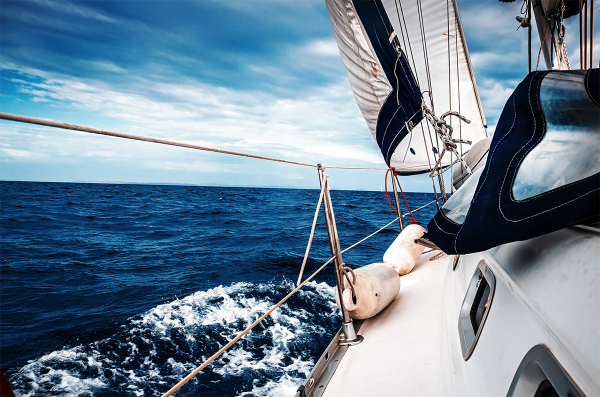 Despite a few bumps, markets are currently on upward trend for 2018

Strong earnings expected by many analysts for Q2, which may bode well for stocks

June kicked off with a stronger-than-expected jobs report, which seemed to help fuel optimism about the economy and allay some concerns about inflation. This positive outlook appeared to remain relatively intact even with all the geopolitical news. The markets had a muted response to the G7 and Trump-Kim summits, possibly because investors realize the fluidity of geopolitical events and are looking beyond the headlines when making decisions. Although, there were some jitters when talk of tariffs with China resurfaced.

Investors also seemed to take the latest rate hike and news from the Federal Reserve in stride. After Chairman Jerome Powell’s press conference on June 13, markets dipped lower but appeared to rebound the next day as attention turned to other matters.

Further evidence of investor optimism might be the low Cboe Volatility Index (VIX) readings, which have been around 12 for most of June. How long this bullish sentiment lasts may depend in part on the next round of economic data, Q2 earnings, and future Fed policy statements.

Here are a few data and events to watch for in July.

As of mid-June, all the major indices were posting positive returns for 2018 and the NASDAQ Composite (COMP) and Russell 2000 (RUT) Index of small-cap stocks had set record highs. Small-cap stocks have been generating more interest as of late likely due in part to concerns about tariffs and a rising dollar. These issues tend to have less of an impact on smaller companies because smaller companies typically don’t do much business overseas. Seven of the eleven sectors that make up the S&P 500 are in the green, including consumer discretionary, info tech, and energy sectors.

In mid-July, the consumer discretionary sector could get a boost from Amazon (AMZN). Prime Day, also known as Black Friday in July, is scheduled to take place on or around July 10. Last year, it was the company’s largest sales day ever. This event could have a ripple effect on retail and the other FAANG stocks: Facebook (FB), Apple (AAPL), Netflix (NFLX) and Google. It could also be seen as a sign of consumer confidence in the economy.

Investors interested in the tech sector may want to watch for news coming from the Google Cloud Next Conference on July 24-26 in San Francisco, the latest in a series of tech events held over the last couple of months. This annual conference brings together industry experts from across the globe to discuss innovations in cloud technology, including application development, data analytics, and artificial intelligence, among other things.

Higher oil prices and increased demand have been fueling the energy sector. In May, the price of crude oil broke through the psychological threshold of $70 a barrel and then receded to the mid-60s, where it’s been hovering for most of the year. If oil production picks up overseas, the increased supply could put downward pressure on this sector. Something else to watch is the potential impact oil prices might have on industries like transportation and hospitality, especially during the summer months. For example, if airlines decide to raise fares to help cover higher fuel costs, some people might decide not to fly and vacation closer to home or not at all. The same could be true if prices get too high at the pump. Of the course, lower prices might spur some people to hit the road, which could have a positive effect on these industries.

On any given day, a sector can be a leader or laggard depending on the latest economic, corporate and geopolitical news. So it’s generally a good idea to focus on long-term trends when evaluating sector weightings. Investors might want to consider creating a watch list for the stocks and sectors in their portfolios to help monitor performance from month to month.

The Q2 earnings season kicks off in July and many analysts are anticipating a repeat of Q1, which saw the highest year-over-year earnings growth since 2011. Preannouncement chatter from analysts seems to support this position. As of June 8, the projected growth rate was 19%, up slightly from the estimated 18.6% at the end of March, according to FactSet, which also noted that of the companies that had issued guidance, 56% were expecting negative earnings per share (EPS), well below the five-year average of 72%.

However, as investors learned last quarter, strong earnings don’t necessarily translate into higher stock prices. Several companies, like Caterpillar (CAT), saw their prices decline despite exceeding analyst expectations because of information provided during conference calls that accompanied the announcements. Comments from executives often shed light on the drivers behind the numbers and the prospects for future growth, both of which may influence how investors respond.

The big news coming out of the Fed’s June meeting wasn’t the 0.25% rate hike, which was expected, but instead that it now seems more likely there may be four increases this year instead of three. The Fed upgraded their assessment of economic growth from “moderate” to “rising at a solid rate” and Chairman Powell indicated that inflation is moving closer to the Fed’s 2% target. Future increases might be needed to help keep inflation in check.

A fourth rate hike has been the subject of much debate among analysts. Prior to the meeting, the probability of a fourth increase was less than 50%, according to the Fed funds futures. It jumped to 58% after the Fed released its statement. Keep in mind nothing is set in stone and the probability of future increases are likely to fluctuate as the Fed continues to monitor:

Trade. Tariffs have the potential to make products more expensive for U.S consumers and cause job losses, both of which could lead to slower economic growth.Global monetary policy. If the central banks in Europe and Japan maintain a more dovish outlook, the Fed may not want to let the rate spread get too wide or it could potentially upset the trade balance. Also, the political turmoil in Italy could impact banks of other European countries that hold a large percentage of Italian debt. What effect, if any, this could have on U.S. markets remains to be seen.Wage gains. With unemployment at a 20-year low, it’s possible employers may need to increase wages to attract and retain workers, which could raise inflation fears.Inflation data. The most recent Consumer Price Index (CPI) and Producer Price Index (PPI) figures seem to indicate steady growth. Future numbers that are higher or lower than expected could affect the timing of any rate hikes. The next set of inflation data is scheduled to be released on July 11 and 12.

Investors could gain more insights into Fed policy on July 5 when minutes from the June meeting are released and then again, after its next meeting, July 31-August 1.

Six Months Down, Six to Go

The first half of 2018 has been somewhat of a roller coaster with geopolitical headlines and economic data jockeying for attention. And as the second quarter comes to a close, it appears data may be back on top. Hopefully, this can continue. Staying focused on corporate earnings and economic indicators, like the jobs report and CPI, could help investors position their portfolios for the next six months and beyond. The numbers may reveal which companies or sectors appear poised for growth and if the economy is slowing or growing. To dig deeper into the data, consider checking out:

The earnings section of tdameritrade.com which includes earnings previews and updates for a broad range of companies and outlooks on the different sectors.    Morning Trade Live from our media affiliate, TD Ameritrade Network, which provides timely information about the market and specific sectors.