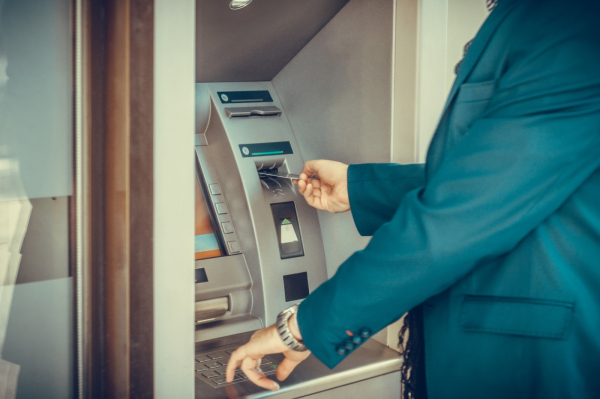 Also, banks face tough year-over-year earnings comparisons in Q2 in part because they had less support from the 2017 U.S. tax reform legislation that gave many firms a boost last year. Those challenging comparisons won’t really go away for most of 2019.

Despite all that, it’s possible we could see solid earnings growth from some major banking firms in Q2, according to third-party consensus estimates (see more below). This might speak to the impressive way that many bank CEOs are managing these tough times with expense cuts and new revenue sources. A booming stock market might have helped, too.

If the big banks do deliver solid results, that would buck the overall tepid trend expected for the Financial sector as a whole, where forecasting firm FactSet expects earnings to grow just 1.4% in Q2. Everything starts Monday morning when Citigroup (C) approaches the batter’s box. They’ll be followed by JP Morgan Chase (JPM) and Wells Fargo (WFC) Tuesday before the opening bell.

What might work in the big banks’ favor this time around is a U.S. stock market that hit new record highs several times in Q2. A surge in volatility during a major market setback in May might have helped reinvigorate what’s been a pretty slow trading environment much of the year, though weak commodity prices throughout the quarter could pose a headwind for trading volume.

In addition, all of those Initial Public Offerings (IPOs) and mergers and acquisitions (M&A) that you might have read about in Q2 could translate into growing bottom lines for many of the investment banks that handle this sort of business, according to research firm CFRA. The number of companies valued at $10 billion or more that went public in the first half of 2019 is more than at any other time since the dot-com boom of 2000, The Wall Street Journal reported.

Consumer confidence, at least here in the U.S., remained near recent highs through most of Q2, as well, which means demand for loans might have kept up a decent pace, analysts said. However, the loans likely came at lower yields thanks to the continued rally in bonds this year amid rising expectations of one or more Fed rate cuts in the near future.

Remember, falling loan rates are a two-sided coin for the financial industry. The Fed is widely expected to cut rates as the year continues, in part to spark more loan activity. Lower rates could eat into banks’ net interest margin—the difference between what it pays on deposits and what it earns on loans—but also could mean more customers coming through the door looking to finance loans now that borrowing rates have declined. It’s similar, in a way, to the effects of lower prices on demand for a product.

At the same time, the China tariff battle, Brexit, and the inversion of the yield curve that first hit in March and then re-emerged in the latter part of Q2 all might have caused uncertainty in the business world, perhaps limiting the market for banks’ services.

The other looming uncertainty for banks moving forward is figuring out what the Fed might do. Expectations are 100% for a Fed rate cut at the end of the month, according to the futures market. Whether the Fed continues to slice rates later this year is a subject of debate.

Uncertainty sometimes seems like the only real certainty in the turbulent world of banking, but investors apparently see reason for optimism. Financial sector stocks rose about 6% over the last three months, good enough to place second on the sector leaderboard for that time period and outpacing the S&P 500 Index (SPX).

Looking at individual banks, JPM Chairman and CEO Jamie Dimon said in a recent Barron’s interview that the company’s consumer banking and asset and wealth management businesses have been resilient. JPM is adding 400 new branches, working to grow its digital-banking services, and buying back shares.

Citigroup warned at a conference last month that trading volume has slowed in Q2, Bloomberg reported. The company’s Q2 fixed-income and equities trading revenue will likely fall by a percentage in the “mid-single-digit range” from a year ago, while investment-banking fees are expected to drop by a percentage in the “mid-teens,” Chief Financial Officer Mark Mason said. The company also announced in June that it plans to merge two key divisions in its sales and trading unit—the foreign-exchange and rates businesses. The company said this would provide a “more streamlined” operating model.

It’s possible the conversation on WFC’s earnings call could once again veer toward its search for a new CEO, especially after The Wall Street Journal reported last month that two top candidates took a pass on the job. As the WSJ noted, Wells Fargo’s new CEO will have to juggle fixing problems in Washington, reviving key businesses, and rehabilitating a corporate reputation damaged by many problems that came to light following the bank’s 2016 fake-account scandal.

While earnings calls can often be helpful to listen to whatever the sector, arguably few are as key as the Financials. Executives at the big banks often keep a close watch not just on their own sector, but on the economy as a whole. That means their calls can sometimes provide perspective you don’t hear from executives in other industries.

This time around, it could be especially helpful to listen to what the banking executives say about the interest rate environment. They’ll probably be asked by analysts how much they expect the Fed to cut borrowing costs the rest of the year, and if they think rate cuts are justified with the U.S. economy still growing at a 3% clip in Q1. Some Fed officials have expressed doubts about whether a cut is needed. 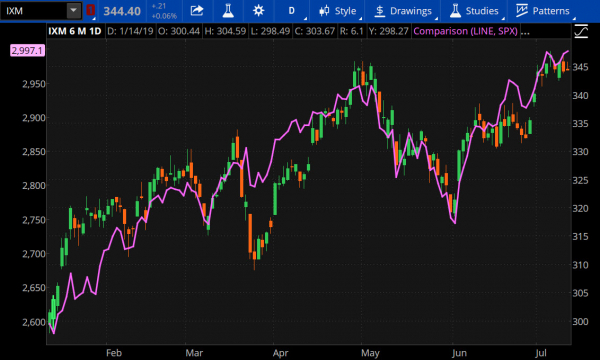 When JPMorgan Chase releases results, it is expected to report adjusted EPS of $2.51, vs. $2.29 in the prior-year quarter, on revenue of $29.01 billion, according to third-party consensus analyst estimates. Revenue is expected to grow 2.2% year-over-year.

Options traders have priced in about a 1.7% stock move in either direction around the upcoming earnings release. Implied volatility was at the 14th percentile as of this morning. Weekly call options have been active at the 115 strike, and put activity has been light, with some volume concentrated at the 110 strike.

Wells Fargo is expected to report adjusted EPS of $1.16, vs. $0.98 in the prior-year quarter, on revenue of $20.93 billion, according to third-party consensus analyst estimates. Revenue is expected to be down 2.9% year-over-year.

The options market has priced in about a 2% stock move in either direction around the coming earnings release. Implied volatility was at the 23rd percentile as of this morning.

Citigroup is expected to report adjusted EPS of $1.83, vs. $1.63 in the prior-year quarter, on revenue of $18.66 billion, according to third-party consensus analyst estimates. Revenue is expected to be up 1.2% year-over-year.

The options market has priced in about a 2.2% stock move in either direction around the coming earnings release. Implied volatility was at the 21st percentile as of this morning.

Call activity for C has been higher in the 72 and 72.5 strikes, while puts have been active at the 70.5 and 67.5 strikes.Good Trading,JJ@TDAJJKinahan