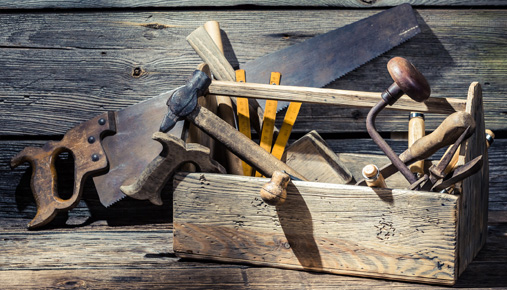 We recently discussed some of the technical indicators that many professional traders harness to determine their opinion of a stock’s valuation and decide when to buy and sell. That article covered some pretty complex stuff, including the Relative Strength Indicator (RSI), the stochastic oscillator, and the Commodity Channel Index (CCI).

Those techniques, although somewhat arcane, might be seen as the logical outcome of a process that began more than 100 years ago with the birth of modern trading philosophies. That was when some trading methods still used today got started.

“Technology played a big role in the development of trading techniques starting about a century ago by allowing stock quotes to be observed in near real time with a ticker tape machine,” said Devin Ekberg, CFA, Investools® content development manager. “Previously, quotes were sent via telegraph and even carrier pigeons.”

How did traders ply their craft back in those early days, when non-avian technology first allowed trading philosophies to develop but before modern computing led to complex theories identified by obscure acronyms? Do any of the old ways still work?

Let’s look at a few methods from days of yore that remain relevant even now.

“We took a look at some of the old sayings,” said Sam Stovall, chief investment strategist for CFRA.

One way to trade that doesn’t require learning any fancy trading terms is simply gathering up the previous year’s winning market segments.

Stovall experimented with this, going back to the start of 1991. He found that if someone bought all the stocks in the 10 best-performing sub-sectors from the previous year in equal amounts on December 31 each year, that investor would have outperformed the S&P 500 Index (SPX) average growth rate by more than 4.5% a year. This strategy delivered a 12% compound rate of growth over that time period versus 7.4% for the SPX.

“When it comes to momentum, you typically want to buy last year’s winners, not last year’s losers,” Stovall said.

How can the average investor put together such a momentum strategy besides combing through the sector results? Stovall advises looking for sub-sector ETFs to make the picking easier.

OK. We’ve all heard that tired phrase, “Sell in May and go away.” Is there any truth to it? It’s not an exact science, but that doesn’t mean seasonal trading is something to sniff at.

“Don’t retreat; rotate,” Stovall said. “Traditionally, the market does better between November and April, but defensive sectors like health care and consumer staples tend to do better between May and October.”

It’s important to note, however, that these seasonal effects are backward-looking, not forward-looking, and thus are no guarantee of what may happen in the future.

A Horse and Buggy Idea?

One way to insult an old idea is to call it “horse and buggy thinking,” meaning that it probably came from a time before automobiles. But the Dow theory, pioneered by Charles H. Dow, the co-founder of Dow Jones & Company, who died in 1902, still enjoys a following even 100 years later.

Dow recognized a certain “rhythm” within his Dow Jones Industrial Average ($DJI). Notably, he observed periods of trends where highs and lows occurred in a successive series (higher highs/higher lows for uptrends, and lower highs/lower lows for downtrends). The series he observed is the common zigzag pattern that most people see on their charts today, and by learning how uptrends and downtrends tend to work, investors can sometimes use these long-term price movements to decide how to trade the market. Here are more details about how Dow theory works.

From a high-level perspective, Dow framed market movements in terms of primary trends, which referred to moves in the direction of the long-term trend, and secondary trends, which referred to smaller pullbacks in a counter-direction. He noted that secondary trends or pullbacks tended to be one of three magnitudes: one-third (33%), half (50%), or two-thirds (67%) of the primary trend. Modern technicians further refined these levels as Fibonacci levels (38.2% and 61.8%, for example).

“It was among the first modern studies to propose that stock price patterns could be insightful when looking at future price moves,” said Ekberg, of Investools.

But remember, no theory, however good it may seem, should be substituted for rigorous research and analysis. Technical trading, and even just trading, are not for everyone. Some will choose to be “investors” rather than “traders.” Investors may want to consider consulting a financial advisor to help put together and manage their portfolios.

That said, these three old-fashioned trading methods still have a following, and none requires carrier pigeons. Who said you had to learn any fancy acronyms?