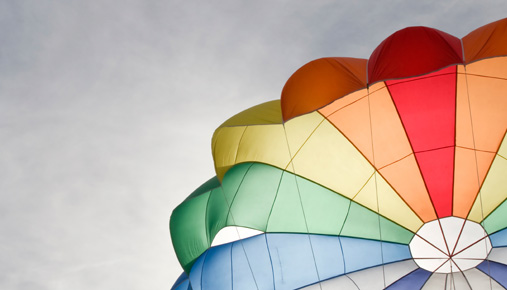 And if you find yourself without backup emergency savings to cover, say, a medical crisis or even a flat tire, you could end up in an ugly downward financial spiral. “It’s hard to get people to save money and to take care of their future selves,” says Aron Szapiro, policy and finance expect at HelloWallet, a personal finance unit of Morningstar that has created an emergency-funding calculator. “Most people are really good at spending now.”

Indeed, most of us are among the 81% surveyed by HelloWallet who just don’t have enough stashed away to cover financial shocks.

How much is “enough”? That’s the $64,000 question that, if answered correctly, could be ample savings in almost any emergency situation.

The truth is, the real answer is the equally nondescript: “It depends.”

Medical bills, for example, have consistently ranked No. 1 among the top causes of bankruptcy among Americans. And health insurance is no silver bullet, particularly because “two people with the same income could have very different health coverage at work,” Szapiro notes.

HelloWallet’s approach to help navigate the messy definition of “enough” is to break down potential emergencies into three levels and then personalize them based on income, types of expenses (say rent and one car payment versus mortgage and two car payments), health insurance, and day-to-day costs as well as partnership status (it’s cheaper for two people to live than it is for one).

“Minor expenses are the most common economic shocks,” Szapiro says. “But the economic impact of these are largely fleeting. Major expenses are less frequent, but can carry punishing economic costs.”

And if you lose your job, all bets could be off.

Minor emergencies. You want to have enough money to safely cover minor home and car repairs, as well as health care deductibles in any given year. And that’s all of them, not just one or two, because one problem can lead to another. A minor car accident, for example, might lead to a broken bone and an unexpected health deductible cost.

How much you save depends on whether you have dependents, own a home, own a car, and your health insurance deductible. The general counsel is to put aside $750 if there’s one car in the family and an extra $1,800 if home ownership is involved. Make sure, too, that there’s enough money on hand to cover health insurance deductibles, which can vary wildly depending on the type of plan and the number of people covered.

So totals look a little like this: an individual with a car is urged to stash away $2,050 annually; a family with a car and home should sock away $5,150.

Major emergencies. HelloWallet suggests you keep enough in the bank to securely cover at least one of the following crises in a given year: major car repair, major home repair, or the total out-of-pocket costs for a traumatic health event.

Remember that the registers ring up higher for major auto fixes on pricier modes of transportation. On a worst-case scenario basis, you should have enough in savings to cover the most costly car repair, no matter what model and make you have. That averages $3,800, according to the auto insurance industry.

But HelloWallet notes that most people will have higher out-of-pocket health care costs than that, “so we don’t necessarily expect car repair to be the largest emergency most could face.” The estimate, though, is a good barometer for these with generous health care coverage who also own a car.

When it comes to major repairs for a house, few beat the $10,000 nut to replace a roof, which is the amount you should have squirreled away if you own a home. As a result, $10,000 is what a family with a car, a home, and generous health care coverage should worry about saving, while an individual without a home or car should put $2,500 aside. Individuals with a car should have $3,800 on hand.

Job loss. This is the real zinger, because the financial blow of missing paychecks for long stretches of time can be devastating. Since the Great Recession that ended in 2009, more than 10% of the jobless have taken more than a year to find new work, according to the U.S. Bureau of Labor Statistics. And, there is a 10% or higher probability that you could lose your job in any given year, according to recent turnover trends.

HelloWallet urges individuals to save enough to manage a year off a payroll. Two-earner families get a break, but should have enough set aside to cover 12 months of the higher-income earner’s wages.

The good news is that major emergency cash  is fungible, meaning you can use it for that medical surprise or the bang-up job your spouse did on the car. But you must replenish it quickly.

“The premise is only one terrible thing is going to happen to you per year,” Szapiro says.

Chat with a TD Ameritrade Investment Consultant at 800-454-9272 or visit any of our 100+ branches to talk about balancing near-term savings with long-term retirement planning.