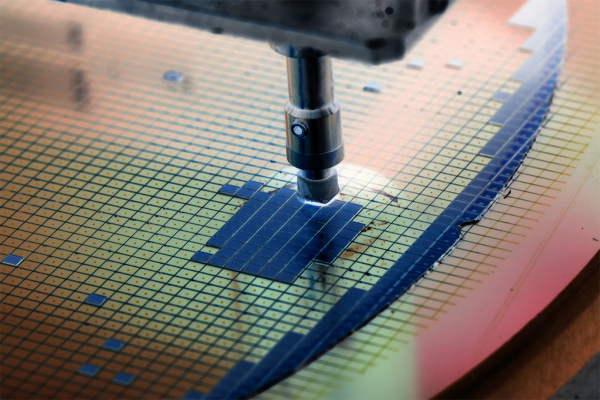 New technology applications might stretch the demands of today’s semiconductor industry, and lead to the next round of innovation

On July 10, 2018, the SEMICON® West 2018 summit kicks off at San Francisco’s Moscone Center. SEMICON is the annual convention held by Semiconductor Equipment and Materials International (SEMI), an industry association. Its purpose is to showcase the latest developments in the Equipment & Materials segment of the larger semiconductor industry.

This year’s convention, according to the conference site, is themed Beyond Smart, and is scheduled to explore the role of semiconductors in the development of applications for Artificial Intelligence (AI) and the “Internet of Things” (IoT)—the interconnection of physical electronic devices, from smartphones to cars, appliances and even industrial machinery. The conference focuses on “smart technologies” whose transformative impact may revolutionize the way industries operate across the globe. 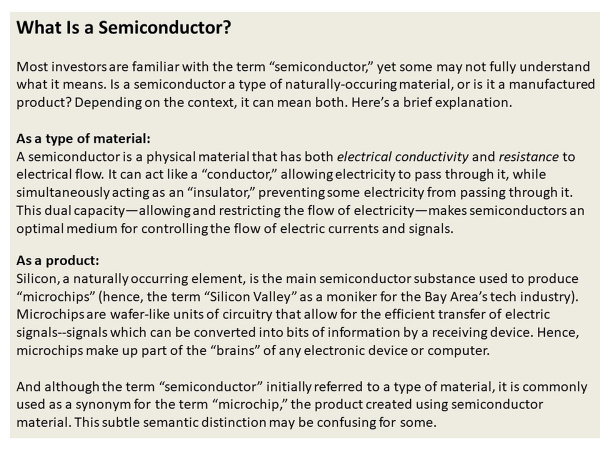 From Digital Tech to Smart Machines

Semiconductors are the building blocks of virtually every form of computerized technology that we have today. Devices such as smartphones, computers, servers, televisions, medical equipment, automobiles, planes, power plants, and many more—all contain a thin wafer of semiconductor circuitry called “microchips.” Invented midway through the last century, semiconductor chips have been essential to technological advancement. More to the point, they are the foundation of today’s digital environment.

Now the industry is seemingly at the juncture of yet another technological transition, this one defined by “smart machines.” Starting with industrial automation, advanced robotics, big data, and continuing in the direction of cloud computing, artificial intelligence, and the Internet of Things, this new technological trend could help one day drive demand for a multitude of products across a wide range of industries.

The Importance of the Semiconductor Equipment and Materials Sub-Industry

SEMICON West 2018 has a narrow industry focus; its emphasis not so much on semiconductor chips as finished products but rather on the discrete components and processes that go into producing them.

This concentrated scope becomes more evident when the event’s roster of exhibitors  is reviewed. With over 570 companies and industry professionals on the list, most of the names may not be familiar. Absent from the list are the large semiconductor companies like Intel, Samsung, Advanced Micro Devices, Qualcomm, and others.

Instead, there are some of the lesser-known disruptors whose efforts toward innovation are concentrated solely on the equipment, tools, machines, materials, and services that semiconductor manufacturers use to build their products.

This contributes to semiconductor importance, not only for the semiconductor industry as a whole but also for investors seeking opportunities on the margins of the mainstream media spotlight: in this sub-industry, innovation is in the process—the sidelines of production—and not the finished product.

Growth Drivers and the Future of the Semiconductor Industry

Big data generated by consumers and businesses have increased demand for servers and data centers; all of which require semiconductors.An increase in the demand for industrial automation may also contribute to growth in the semiconductor market, according to PricewaterhouseCoopers (PwC), projecting a compound annual growth rate of 9.7% until 2019.New devices belonging to the Internet of Things (IoT) tech category are expected to multiply, possibly up to 26-30 billion units by 2020 (15-20% annual growth) according to McKinsey & Company.And the proliferation of other emergent technologies, such as self-driving cars, may have a significant impact on industry growth.

It’s important to note, however, that, like many industries in the tech sector, the future has been clouded in recent days by potential tariffs and trade disputes. According to the International Trade Administration, though the U.S. leads the world in semiconductor manufacturing equipment, at 47%, over 80% of U.S. semiconductor sales take place outside the U.S.

Who Are the Players?

There are numerous companies in the semiconductor equipment and materials industry subset. Here is a short list of some of the larger companies by market cap, a few of which are featured SEMICON exhibitors, according to the conference web site:

If you are interested in investing in the semiconductor or semiconductor equipment and materials industry, here are a few caveats to consider:

Investors may want to consider that broadline semiconductor stocks—may be driven by different economic factors than the more specialized sub-industry stocks as the ones listed above. For instance, while microchip sales may be directly affected by the cyclical demand for products across other industries requiring microchips—products such as televisions, personal computers, mobile and smart phones, electronic toys, and vehicles—the demand for semiconductor equipment and parts may vary according to the different phases of the production cycle.

Second, in addition to the supply/demand factors that may cyclically affect semiconductor stock prices, the semiconductor industry as a whole might be affected by the speed of change and innovation that drives its advancement and contributes to its high volatility.

Choosing semiconductor stocks as investments can be a time-consuming endeavor and not for everyone, as there are so many manufacturers and supporting companies from which to choose. If you don’t have time to do the homework, or if you would like to spread your investment across the industry, investing in a semiconductor ETF may be an appropriate way to gain exposure to a basket of semiconductor stocks.

Research is an important component of any sound investing strategy. Learn more about the tools and resources TD Ameritrade provides to help you look for your next investment opportunity.