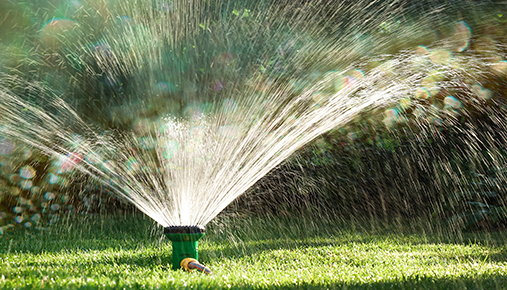 The leverage and flexibility of the futures markets is a magnet for some traders. But large, directional moves are also in play. That leaves the unprepared at risk of ending up on the wrong side of a fast-moving market—this summer’s crude oil and interest rate markets come to mind. In response, futures spreads can help sophisticated traders manage a degree of risk.

Just what is a futures spread? It’s the simultaneous purchase of one futures contract and sale of a related contract. This multi-legged trade could include the same underlying contract but with different delivery months, or it might include different underlying assets whose price movements tend to react similarly to the same factors. The goal: profit (minus transaction costs) from changes in the differential of the contracts rather than the outright price change in only one contract. By design, you’re attempting to limit the amount of the loss at risk in your trade—and your profit potential—to the widening or narrowing of the spread.

A calendar spread is created by buying one futures contract and selling another of the same type with different delivery months. The mechanics of a calendar spread might include selling a contract with a near-term expiration and buying another contract with a longer-dated expiration. For example, consider the difference between an October 2015 crude oil futures contract (/CLV5) priced at $45.47 and a December 2015 (/CLZ5) futures contract priced at $47.14. This spread, with a price differential of $1.67, had been widening for several weeks in the late summer (figure 1). Please note: This is not a recommendation, just an example. 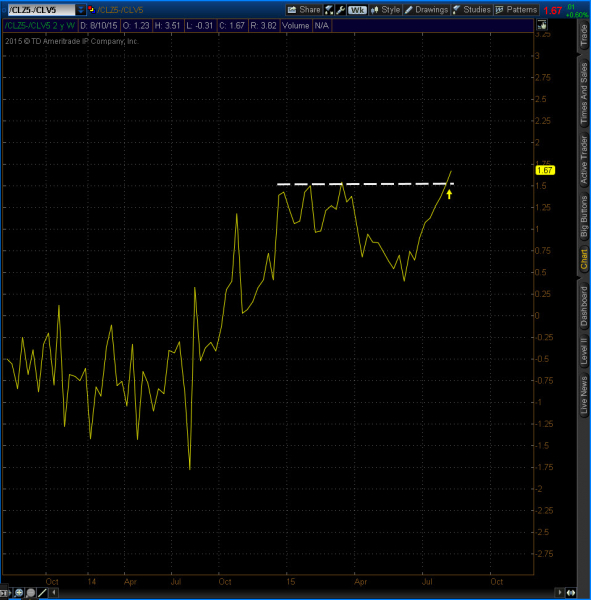 The spread between October crude oil (CLV5) and December crude oil (CLZ5) began expanding in early spring, with momentum picking up through the summer. Not a recommendation. For illustrative purposes only. Past performance does not guarantee future results.

That could mean that the short-term October contract was under uneven selling pressure from a strong U.S. dollar. The buck gained in anticipation for higher U.S. interest rates. Traders who expected the spread to continue to widen might buy the calendar spread. They would sell the Oct 15 contract and buy the Dec 15 (figure 2). Traders who believed the spread would narrow would sell the calendar spread. They would buy the Oct 15 contract and sell the Dec 15. Either way, the amount of the loss at risk and potential profit are limited to the difference between the two contracts (not accounting for transaction costs).

FIGURE 2: SPREAD CHOICES. This sample page shows various calendar spread choices and their respective quotes. Not a recommendation. For illustrative purposes only. Past performance does not guarantee future results.

It’s worth noting that the margin requirement for a futures spread is significantly less than for a single directional contract. Proponents would argue that the offsetting nature of the two contracts, while still carrying risk, allows for capital flexibility.

Another choice might include an intermarket spread. That’s the simultaneous buying and selling of different, but often related, futures contracts, usually in the same expiration month, sometimes on different exchanges. Intermarket spreads are designed to capitalize on the changes in relationships between the two contracts.

For example, a common relationship exists among U.S. Treasuries’ various maturities. This relationship forms the basis of the Treasury yield curve—the shape of which either steepens or flattens depending on investors’ perceptions of the economy.

While spread trading can be less risky than an outright futures position, you still need to be cautious. Related markets generally move in the same direction based on the same fundamental information, but there are times when spreads can be just as volatile. Positions should be monitored frequently, even if they’re considered a longer-term investment or hedge. Additionally, positions should be sized carefully to avoid putting too much capital at risk. Consider entering and exiting both sides of the spread trade at the same time to avoid leaving one side of the position open to more risk.

You’ll likely want to designate a stop-loss point. The challenge in spread trading is that stop-loss orders become more complicated and are typically handled manually. Don’t be lulled into the idea that the risk is small because it’s moving so slowly. You have to be disciplined to stop yourself out of the trade.

See You at Market Drive?

Get more details on select locations or register now »