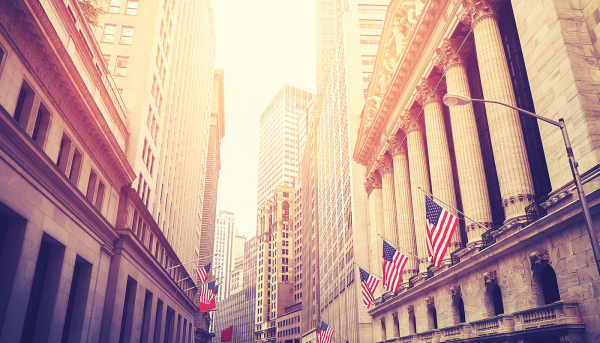 Swing and a Miss: Jobs Report Shows Much Lower Than Expected Gains, But Inflation Worries Ease

April jobs growth of 266,000 comes in way below expectations, and March gains revised down

(Friday Market Open) This week’s big jobs report is now in the rearview mirror, and Wall Street may be eager to move on from it.

The nonfarm payrolls report this morning showed the economy added just 266,000 jobs, far less than expected. And the unemployment rate rose to 6.1% from 6% last time around. A Briefing.com consensus had expected 1 million jobs to be added and an unemployment rate of 5.8%. Meanwhile, the prior report’s estimate that 916,000 jobs were added in March was revised down to 770,000.

Most of the gains came from leisure and hospitality, which are basically old jobs coming back. But manufacturing jobs edged lower, and construction employment was flat—not particularly good signs for the economy. One thing to keep in mind though is that states are reopening at different rates, and it may take some time for those new jobs to hit the books, meaning that it may not be until next month’s jobs report that we see some more of the added jobs we were expecting this time around.

Hourly earnings did form a bright spot, rising by 21 cents compared to a 4 cent decline the last time around. The rising hourly earnings mean some of the jobs created may have been higher paying. Having said that, the overall takeaway (and maybe the silver lining) is that the soft jobs growth data may ease concerns about inflation (see more below).

As you take today to digest the data, it might be helpful to remember some of what’s been leading up to the jobs report.

The labor market has been improving, but new jobless claims still remain elevated by historical standards even though they’re now comfortably below their peak from the financial crisis. The vaccine rollout in the United States has been going well, but there are still global hotspots where coronavirus case counts have been rising. And investors seem to be generally optimistic about the economic recovery but have been wary of rising inflation.

That mixed sentiment seems to have kept investors from going whole hog into reopening stocks. While they keep one foot in stay-at-home names, they’ve also pulled back on mega-cap growth stocks amid yield spikes in longer-term U.S. government debt that come along with inflation expectations.

And with those expectations comes a double edged sword of the economic recovery—worry that the Federal Reserve will begin tightening monetary policy by tapering its asset-buying program or by raising interest rates, or both.

But this morning the economic recovery prospects didn’t seem as bright as they once did, tamping down talk about a recovery that causes the economy to overheat.

In fact, the yield on the 10-year Treasury initially fell to two-month lows around 1.47% on the news as problematic inflation seems farther away (the yield recovered to 1.53% ahead of the open). The falling 10-year yield seemed to help growth stocks as futures tied to the tech-heavy Nasdaq Composite (COMP) jumped after the news.

Futures tied to the Dow Jones Industrial Average ( $DJI) pulled back on the news, but notably those tied to the S&P 500 Index (SPX) held on to their gains. It seems that the report might be a boost for some of the stay-at-home stocks, but investors don’t appear to be totally fleeing the re-opening stocks either

Yesterday, investors seemed to be optimistic ahead of the big employment report, with all three main U.S. indices ending on the green and the$DJI notching a record close. There may have been a buy-the-dip mentality afoot as all three of the indices spent time in the red, and there may also have been a delayed positive reaction from a better-than-expected weekly jobless claims report.

Initial unemployment claims for the week ended on Saturday showed an increase of 498,000 when a Briefing.com consensus had expected the number to come in at 530,000. The news seems to be another sign that the economic reopening is moving along well as the U.S. vaccine push continues to take hold and government stimulus helps support consumer spending.

The Financials sector was the best performing on the day. It seems that investors are liking what they’re seeing in terms of the economic recovery, which could help increase loan volume for banks. A booming economy might also come with rising interest rates and a steepening yield curve, which is good for banks’ net interest margin and income.

Communications Services and Information Technology also did well, but then again so did the traditionally defensive Consumer Staples sector. That may indicate that while investors are generally optimistic, they also realize that we’re not completely out of the woods regarding the pandemic.

Another example of that sentiment seemed to come from the commodities sector, where crude oil futures fell, with the U.S. benchmark settling under $65. India, the world’s second most populous nation, is facing a crisis as coronavirus case counts surge, leading to worry about demand for oil. Amazon (AMZN) confirmed to CNBC that it is postponing its annual Prime Day in India as well as in Canada, which is also seeing elevated case counts.

Next week’s economic calendar is on the lighter side but still contains important reports on consumer and producer inflation, retail sales, industrial production and consumer sentiment.

And while earnings season does slow a bit next week, investors still have their plate pretty full of earnings reports to digest. Among the companies reporting next week, those that could tell us something about the reopening economy include Marriott (MAR) and Walt Disney (DIS).

DIS could be especially interesting to watch as the stock is a bit of a hybrid of the reopening trade and the stay-at-home trade. It has seen its Disney+ streaming service go gangbusters as people were increasingly entertaining themselves at home. But at the same time, its theme parks have taken a beating. Now, better performance from parks and hotels would be a vote of confidence for the reopening economy. And we’ll have to see what happens with the Disney+ part of the business.

HART OF THE DAY: HOMEBUILDERS LOOKING STRONG. The S&P Homebuilders Select Industry Index ($SPSIHO—candlestick) has been looking strong since early March. The index has been trading above its 20-day simple moving average (yellow line). How much further could it go? This could be something worth keeping an eye on. Data source: S&P Dow Jones Indices. Chart source: The thinkorswim® platform. For illustrative purposes only. Past performance does not guarantee future results.

Getting Healthy: The strong reopening narrative has gotten another boost from WW International (WW), formerly Weight Watchers, which reported earnings after the closing bell on Wednesday. It was interesting to see comments from the company’s chief executive officer that suggest another bit of the economy is coming back to life. “It is clear that many members are craving in-person community, and are eager to return to workshops as the environment evolves,” CEO Mindy Grossman said in a call on Wednesday accompanying the company’s results. “In fact, for the last two weeks, our U.S. in-person weekly workshop attendance surpassed our virtual workshop participation, the first time in over a year.”

Rate Expectations: As the economy continues to recover, investors have been especially tuned in to inflation metrics. Growth stocks, including mega-cap tech-related names often don’t do as well in an atmosphere of rising inflation because that erodes expectations for future earnings. Rising inflation can also bring on the spectre of tightening measures by the Federal Reserve. Although the futures market continues to overwhelmingly expect that the Fed won’t raise rates at its next meeting, the percentage expectations for the opposite have been creeping up. On April 6, the CME Fedwatch Tool showed the futures market calculating a 98.9% chance that the central bank will stand pat on interest rates. But as of Thursday afternoon, that had fallen to 89%, meaning an 11% chance of a hike. Expectations for a rate hike have decreased since yesterday afternoon, but they are still higher than what they were on April 6. However, those expectations may have a chance of going back down after today’s swing and miss on jobs.

Inflation Data On Tap: With expectations for a rate hike inching higher, investors will likely want to keep abreast of inflation data next week. The consumer price index for April is due out Wednesday morning, and the producer price index for the same month is scheduled for release the day after. Both reports tend to be closely watched by investors, in particular what the consumer price index number looks like with volatile food and energy prices stripped out. Last time around, that core CPI figure came in at an annualized rate of 1.6%. While that was up from the 1.3% we saw in February, it remains well below the Fed’s target of 2% inflation, especially when you consider the Fed’s inflation averaging policy. That target rate is based on the Fed’s preferred inflation gauge of the core personal consumption expenditures price index, but the core CPI is also closely watched.