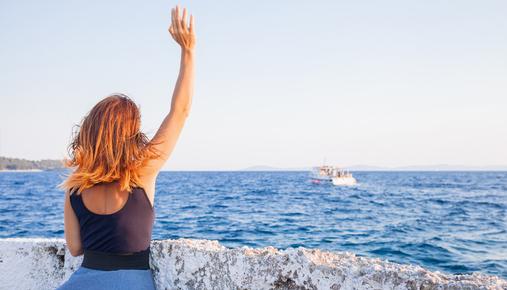 Tax Reform and the Alternative Minimum Tax: Farewell until 2025

Many taxpayers will get to say ta-ta to the alternative minimum tax (AMT), which was revised last year under what was known as the Tax Cuts and Job Act.

That was the original intent of the law back in 1969 when Joseph W. Barr, then Treasury Secretary, made headlines when he told Congress that 155 wealthy individual taxpayers—their incomes exceeded $200,000—did not pay a cent of federal income tax in 1966. The public maelstrom that followed was fast and furious: Congress reported that it had received more constituent letters about those 155 taxpayers than it did about the Vietnam War that year. By the end of 1969, the AMT was put into law.

What is alternative minimum tax? It’s considered a parallel tax in which the levies are computed under the standardized method and recalculated under the more stringent AMT rules. The higher of the two is what the taxpayer ends up owing.

But as individual incomes grew, the tax snared more than the top-tier wealthy. And lawmakers have pointed out that many of those hit hardest by the tax were dual-income married couples with children making $200,000 to $1 million a year. Taxpayers in high-tax states like New Jersey, New York, California, and Illinois also got socked harder.

By 2015, the latest numbers available from the IRS, nearly 4.5 million taxpayers had forked over $31.2 billion in AMT-generated taxes. (Overall, 150.5 million taxpayers shelled out $1.4 trillion in taxes, accounting for refunds and other offsets, the IRS said.) The Tax Policy Center estimated that 29.4% of households with incomes of $200,000 to $500,000 are facing 2017 alternative minimum tax liabilities. The major AMT changes, which expire in 2025, are expected to affect only about 200,000 taxpayers in 2018, according to the Tax Policy Center.

To circle back to its origins, Congress significantly upped the amount of income exempt from AMT calculations and dramatically scaled higher the phaseout thresholds for these exemptions.

The ability to use those exemptions phases out as incomes grow, and the marked increase in those levels is in part what gives rise to the steep drop in the number of taxpayers facing AMT liabilities.

What supposedly rankled some in Congress back in 1969 was the number of exemptions rich folks were taking to get their taxes to zero. Under AMT, many items that brought standardized tax calculations down, like personal exemptions, interest on home-equity loans, and business expenses not covered by your employer, were not allowed in AMT computations.

But those deductions were repealed under the 2018 law, which means many taxpayers will see their standardized tax calculations remain at about the same or near that of their AMT. As a result, many middle-income taxpayers that were hit with AMT won’t be affected in 2018 and beyond. Well, at least, until 2025—unless another alternative minimum tax reform initiative is hammered out in Congress.