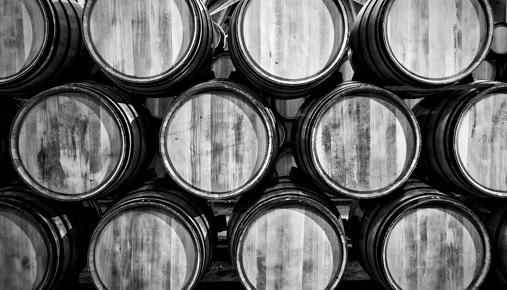 Investing in fine wines has been popular for decades, but recently fine whiskey has become a sought-after investment.

High-end whiskeys can fetch top dollar at auction, such as a specialty collection of Macallan Scotch whisky aged between 50 and 65 years, which sold for nearly $1 million earlier this year. (And before you ask, the Scots spell it without the “e.”)

There are even whiskey indexes that track the value of certain bottles, giving investors an idea of the market value of their spirits. Unlike investing in publicly traded companies like Diageo (DEO), which owns brands like Johnnie Walker and Talisker, whiskey collectors seek actual bottles.

Don’t Get Spirited Away

Much like collecting wine or art, the main rule for collecting whiskey is the same—figure out what you like.

“The investment should be an extension of your enjoyment,” says Robin Robinson, whiskey consultant and investment expert.

Newbies can start researching online and take classes. “That helps to orient their tastes to things they like, so when they make purchases, it’s closer to the realm of their own liking,” Robinson says.

Many people gravitate toward Scotch whisky when they first start, he says, although Japan, the U.S., and Canada also make fine, collectable whiskeys.

“Most people are going to go to what I call the usual suspects. There’s nothing wrong with them, the Macallans, the Balvenies, the Laphroaigs. They’re wonderful, excellent whiskys, all of them—but there’s a whole other area of Scotch whisky. It’s worth broadening your horizons,” he says.

The popularity of whiskey investing has pushed up prices across the board, but Robinson says there are many great spirits available with flavor profiles similar to the big names, but with cheaper price tags.

“Aberlour, GlenDronach, Glenfarclas—these are fabulous, off-the-rails, gorgeous whiskies not everyone knows about. Aberlour is owned by Pernod Ricard (PDRDY), but it’s not a heavily marketed brand. GlenDronach was picked up by Brown-Forman (BF.B). Glenfarclas is still family owned,” says Robinson.

Once investors know what they like, Robinson says they should sign up with distilleries for advanced notices when the brand is ready to offer special releases. For instance, Balvenie “Tun” is a limited-edition release that is popular with collectors, and bottles from past releases have quickly increased in value. Many distillers are following suit.

“If you’re looking to create a legacy collection, look at these limited-edition, one-of-a-kind releases that are coming out now, and keep those,” he says.

Robinson says whiskey auction websites can also be a good place to buy and sell the noble malts. When someone is ready to sell, these auction sites typically like to purchase lots—which could be anywhere from five bottles to an entire collection.

Once a collector has the whiskey, he also says to store it properly: in a cool, dry place; out of the sunlight; standing up; and with a fairly regular temperature.

Unlike wine, where people buy by the case, Robinson says collectors can purchase whiskey by the bottle. He recommends buying at least two—one to drink, one to keep.

“If it’s a fantastic bottle that’s one-of-a-kind and you find you’re absolutely in love with it, but had only one, you’re crying forever,” he says.