To Hold or Fold that Options Position: 3 Questions You Should Ask Yourself – Professional ThinkorSwim indicators – Premium ThinkOrSwim Downloads & Indicators 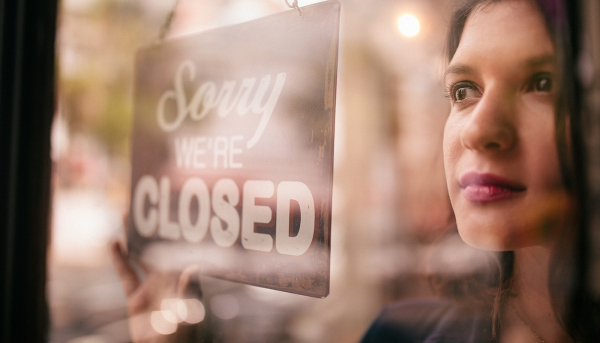 To Hold or Fold that Options Position: 3 Questions You Should Ask Yourself

Tracking the risk/reward profile can help you weigh the odds

When deciding whether to stick with a trade, ask if you’d initiate the trade as of that point

If you’re like many traders, when you buy a stock, you set your exit plan. That means setting both the profit target and pain point, either on paper or in your head (or as a limit order and a stop order in the thinkorswim® platform from TD Ameritrade). You might reassess periodically. Liquidate it, will it to the grandkids, or anything in between.

Of course, that’s not to say you’re locked in until expiration. Far from it—under normal conditions you can close the options position at your discretion. But should you? As with most trading decisions, the answer is a solid “it depends.” When weighing that exit decision, consider asking yourself three questions.

One note before we get into the list. The math behind the decision-making isn’t what it used to be—transaction costs used to be a bigger part of the equation. Nowadays, it’s zero commissions for online exchange traded stock, ETF, and options trades. There’s still a $0.65 contract fee for options, but there are no longer any exercise or assignment fees.

With long call and put options, the risk is clearly defined—it’s the premium you paid for the option. For some other strategies, like long or short vertical spreads, both the maximum risk and the maximum reward are defined. Using defined-risk spreads can help you get a firm handle on the prices and probabilities at the outset and at any point in the options trade’s life cycle.

Suppose you sold the 105-strike put and bought the 100-strike put (called the 105/100 put vertical spread) for $2, 45 days before expiration, with the following parameters:

Note that at the onset, the spread has a 64% probability of finishing OTM (that is, with the stock above 105 at expiration), meaning you’d realize the $2 (minus transaction costs). Also, there’s a 26% chance that both legs would be ITM at expiration (the stock would be below 100). And again, these are probability estimates, not guarantees.

Now let’s roll the calendar ahead 32 days, assuming the stock is right about where it was when you initiated the trade. With a little more than a week left to go, suppose this is the current snapshot:

In this example, because you’ve theoretically captured a greater percentage of potential reward than you’ve reduced in total risk, the risk profile has risen—quite a bit, actually. There’s still a high probability that both legs will finish OTM and a low probability that both will be ITM, but the risk/reward is less favorable than it was at the outset.

Perhaps it’s time to consider queuing up an exit order ticket. But there are other considerations.

2. Would You Initiate This Trade Today?

Suppose you hadn’t sold the 105/100 put spread a month ago. Instead, you’re looking at it now, with eight days until expiration, at a price of $0.50. Would you take it, considering the current risk profile? There’s no right or wrong answer; it depends on your objectives, risk tolerance, available capital, and a host of other considerations.

But if this type of short-term, small-premium trade isn’t your cup of tea, and you in fact sold the spread at $2 a month ago, it might be time to part with it.

Look at it this way. At any given point between trade entry and exit, once you’ve assessed the risk and reward, if you decide to stay with the trade, you’re effectively saying, “Given this risk/reward, I’ll accept these terms.” Isn’t that the same as initiating the trade as of right now?

3. Is It Occupying Too Many of Your Resources?

This third question is a two-parter, as there are two types of resources to consider: financial and mental.

The financial part isn’t just about whether you’ve got enough cash in your account to cover your positions. It’s also about opportunity cost. Even if you think a position has some room to run and that maybe you can eke out a little more upside from it, what opportunities are you forgoing in order to maintain that position? In our example, that last $0.50 might be better deployed somewhere else.

And then there’s mental capital. Just like your trading account, which is limited by the available cash, the typical human brain has a finite capacity. Do you have a trade in your account that might have some potential, but it’s one of those whipsawing nail-biters you can’t keep your eyes off of? You don’t want to be hit with a TWD—trading while distracted—as it might cause you to miss something elsewhere in the market.

Options trading is less straightforward than trading stocks. But if you stick to defined-risk strategies, you can at least know the parameters. The rest is about getting comfortable with the math, assessing the probabilities, and deciding your tolerance levels—both financial and mental.