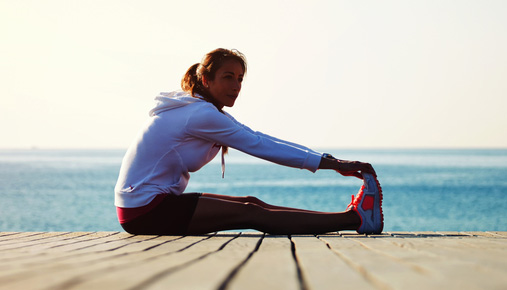 Trading Around a Core Position: Methods and Mechanics

Once you have your core position established, it’s time to decide what criteria you’ll use to potentially trade around it. There is no right or wrong way to approach this, but most of the trade triggers you’ll use will be based on time or events.

All in How You Frame It

When trading around a core position, you’re essentially trading two different time frames simultaneously: the long-term and the short-term. And that means one of the best indicators is a moving average.

Events—earnings announcements, new product launches, boardroom reshuffles, and so on—are another trigger that you can use to initiate satellite trades around your core position, although they’re less objective than indicators or studies.

Events tend to create short-term distortions in a stock’s price that can potentially be exploited to your benefit. For instance, suppose your stock were to gap higher, getting ahead of itself after a surprise upside earnings announcement. You could take advantage of this temporary price spike by selling part of your core position with the idea of buying those shares back when the price settles down.

The opposite holds true for events that temporarily exaggerate price to the downside. Those can be opportunities to pick up a stock at a cheaper price point. You can then potentially unload it if the price recovers.

It’s important to note that when a stock makes an extreme move because of an unexpected event, you shouldn’t necessarily expect the price to retrace completely. So it might be a case of selling part of your core position when a stock jumps from $100 to $110, for example, with an eye to buying it back around $105.

If the short-term price action damages the long-term outlook for your stock, you should consider closing out your entire position. Otherwise your short- and long-term positions (and trades) are no longer working together, but against each other.