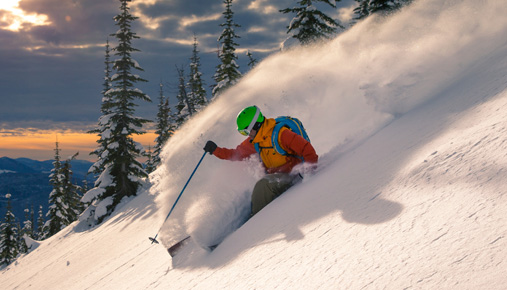 Trading the slope of the yield curve using Treasury futures is a little like skiing the slopes of Utah. Steep or flat, there’s something for everybody. Just remember, when the slope changes, it can change fast.

The yield curve represents yields across several maturities ranging from short term (1 month) to long term (30 years). In its “normal” state, the yield curve is positively sloped, or steeper, where the yields of longer-dated maturities are higher than shorter-dated ones. Yields are higher to compensate investors for the longer exposure. The reverse can be true, too, leading to an inverted curve.

The yield curve, as measured by the 10-year and 30-year Treasuries, flattened significantly in the last 15 months. Several factors combined to push the longer-term bond yields down (they move inversely to price) at a faster rate than shorter-term bonds. Those factors include the Federal Reserve’s quantitative easing bond-buying program, slowing global growth, and currency volatility. The last time the yield curve looked this flat was before the financial crisis in 2007 (figure 1). 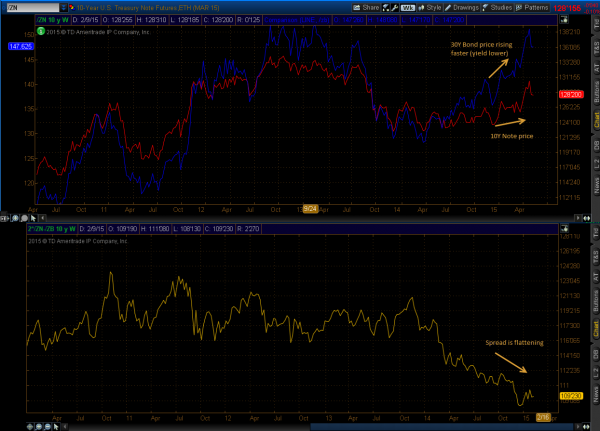 FIGURE 1: WHAT CURVE? “Curve” may be a misnomer, as this chart from early February compares 10-year and 30-year Treasury moves (upper view) to the flattening “curve” or spread (lower view). The economy may be perking up, which would typically steepen a yield curve, but global demand for U.S. bonds hasn’t fallen off. Is this curve due for a bounce? Chart source: TD Ameritrade’s thinkorswim® platform. For illustrative purposes only. Past performance does not guarantee future results.

The yield curve spread includes two legs: the front leg, which “drives” the direction of the spread, and the back leg. For the example in figure 2, we’ll use the NoB spread of 10s30s, but other popular spreads include the 2s10s and the 5s10s.

Most spread traders live with the fact that the trade is capturing 90–95% of the change in the curve, while the rest is exposed to some directionality of interest rates.