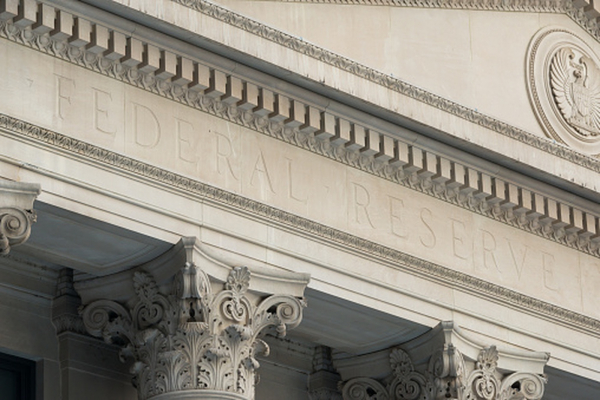 A “gradualist” monetary policy approach looks likely to continue, based on Powell’s comments

Without dropping any policy-related bombshells, Fed Chair Jerome Powell still seemed to help give the market a lift with his speech last week at the annual Jackson Hole Economic Symposium. Much of the market’s focus concerned just a few words Powell said about a lack of “overheating” in the economy.

“While inflation has recently moved up near 2%, we have seen no clear sign of an acceleration above 2%, and there does not seem to be an elevated risk of overheating,” Powell said. “This is good news.”

It also seemed like “good news” for stocks, which quickly rumbled to new all-time highs for the Nasdaq (COMP) and S&P 500 (SPX) shortly after the late August speech.

Hopes for a Less Aggressive Fed

Powell’s words seemed to indicate that despite somewhat higher inflation, the economy isn’t growing at a rate that would potentially cause price increases to get out of hand. Many analysts seemed to assume that the Fed could continue with its gradual rate hike policy, perhaps avoiding the need for the kind of aggressive rate hikes it’s sometimes made in the past when the economy began growing more quickly. A more aggressive Fed might potentially pose greater risk to the stock market by making it harder for companies and consumers to borrow money and invest.

His speech didn’t appear to change odds of another Fed rate hike at the upcoming September meeting, at least not judging from the futures market. There’s still a better than 96% chance of that, according to CME Fed funds futures. The market seemed to interpret Powell’s words as dovish, notably him saying the economy isn’t overheating. Stocks rose in the hours after he talked and the dollar weakened vs. the euro.

Just days after Powell’s speech, the July Personal Consumption Expenditures (PCE) prices figure came in at 2.3% year-over-year, the biggest increase since March 2012. PCE prices are a metric the Fed has said it watches closely, so it’s something investors might want to consider keeping an eye on in the months ahead for possible clues to the Fed’s next move.

“The focus moving forward is likely going to be on inflation,” said Shawn Cruz, Manager of Trader Strategy at TD Ameritrade. “If inflation takes off, the Fed could get behind the curve and might have to tighten at a faster pace than previously expected.”

The Fed has indicated that it is struggling with a dilemma: Whether to tighten monetary policy more aggressively during a period of low unemployment and economic expansion, or to hold off on tightening as inflation remains low on a historic scale.

It’s likely that the Fed doesn’t want to risk choking off economic growth when inflation still isn’t a big factor, but some analysts have warned that the Fed can’t wait too long before inflation rears its head. Low unemployment can sometimes lead to inflation because it often gives workers more bargaining power, and potentially can lead to higher wages which then get passed along to consumers as higher prices.

Powell seemed to be walking this particular tight rope by recommending a gradual yet highly responsive approach, warning in his Jackson Hole economic symposium speech about the dual risks of “moving too fast and needlessly shortening the expansion, versus moving too slowly and risking a destabilizing overheating.”

The main takeaway in Powell’s speech was that gradual rate hikes in response to a close monitoring of economic conditions may be the most appropriate path.

“I see the current path of gradually raising interest rates as the FOMC’s approach to taking seriously both of these risks,” he said, referring to the Federal Open Market Committee.

“The economy is strong. Inflation is near our 2 percent objective, and most people who want a job are finding one. My colleagues and I are carefully monitoring incoming data, and we are setting policy to do what monetary policy can do to support continued growth, a strong labor market, and inflation near 2%.”

What’s In It for Investors?

As Powell clearly stated in his Jackson Hole economic summit speech, we can likely expect further interest rate increases, and typically rate hikes are bearish for the stock market. How high rates might ultimately go, however, still seems unclear, perhaps even to the Fed.

Many investors and analysts have been asking what a “neutral” interest rate might be and where the “natural” rate of unemployment should lie, with sentiment growing that it might be lower than in the past. Powell didn’t have the answers to either of these questions, saying, “While the unemployment rate is below the Committee’s estimate of the longer-run natural rate, estimates of this rate are quite uncertain. The same is true of estimates of the neutral interest rate.”

A “neutral” rate is one that neither overly encourages nor discourages economic growth.

The Fed’s updated “dot plot” next month, which shows Fed officials’ views of where rates might go in coming years, might give more clues about where the Fed’s current hiking cycle might end up. June’s dot plot showed many estimates coalescing near a 3% Fed funds rate in 2019 and around 3.5% by 2020. The current rate is between 1.75% and 2%, up from around zero just three years ago.

“Investors should also consider keeping a close eye on inflation readings and be prepared for the Fed to potentially get more aggressive if inflation moves higher than market expectations,” Cruz said.

The Fed’s response to potential trade issues such as the tariff battle between the U.S. and China could also work its way into the market. If trade issues start to slow the economy, as some analysts predict, that could be a potential factor in the Fed’s rate decisions.

With regard to investor concerns about the emerging markets turmoil that has been shaking up things lately, it appears, based on Powell’s very brief acknowledgment concerning the matter that the Fed’s approach may remain consistent with the responsiveness that Powell highlighted with regard to shifting economic circumstances.

“As always,” Powell said, “there are risk factors abroad and at home that, in time, could demand a different policy response.”

You can read Powell’s entire speech or view the entire agenda on the Federal Reserve Bank of Kansas City’s economic symposium page. If you’re interested in checking out all of the past Jackson Hole Economic Symposium topics since 1978, you can also view them on the Kansas City Fed’s site.

Looking to stay on top of the markets on a daily basis? Check out JJ Kinahan’s Daily Market Update on the Ticker Tape.  Or tune into the TD Ameritrade Network, which is live programming that brings you market news and helps you hone your trading knowledge.