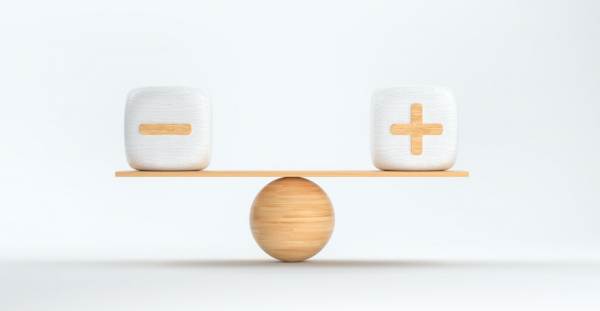 Life, it seems, is an endless series of decisions. By some estimates, we average about 35,000 decisions in a typical day. Whether you believe that statistic or not, let’s just agree that we make a lot of decisions.

Should you cross the street now, or wait for that approaching car to pass?Going with a salad for lunch today, or is that slice of pizza calling your name?Should you sell a call option against a stock in your portfolio, and if so, which one(s) should you consider?

See? Options trading is a lot like life in general—weighing risks, rewards, and probabilities.

Turns out, with the right tools, it’s not that hard to calculate. One way is by looking at the options delta. That’s right: Among the many pieces of information offered by options delta, many traders look at delta as an approximate percentage chance that an option will be ITM at expiration. Although it’s not a perfect science, an options delta calculation can provide a pretty close estimate.

Delta and the Probability ITM Feature

Take a look at the Option Chain in figure 1. The underlying stock is trading around $132, so the 135-strike call is OTM, and its 0.22 delta implies it has about a 22% chance of finishing ITM at expiration. Another way of expressing this is to say the option has about a 78% chance of expiring worthless.

But there’s another way TD Ameritrade clients can estimate the chance of an option being ITM at expiration: the “Probability ITM” feature on the thinkorswim platform from TD Ameritrade. You can add this to the Option Chain by selecting a column header, then choosing Option Theoreticals and Greeks > Probability ITM. The calculations may be slightly different from the options delta, but the two readings are generally within a couple percentage points of each other. Either reading can be used to help define the trade’s risk. Look up and down the Option Chain at each options delta and Probability ITM, and think of it as a probability analysis chart. 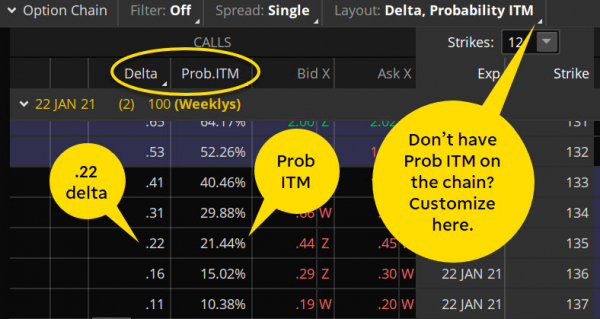 FIGURE 1: WHAT ARE THE CHANCES? TD Ameritrade clients can estimate the probability of an option being in the money at expiration by using options delta or the Probability ITM feature. Source: the thinkorswim platform from TD Ameritrade. For illustrative purposes only. Past performance does not guarantee future results.

The Probability ITM feature has a counterpart—Probability OTM—that estimates the likelihood of an option finishing out of the money.

A quick side note: Even if an options delta or Probability ITM says 100, there’s no guarantee the option will actually finish ITM at expiration. There’s always a chance, even if it’s a small one, that the underlying could have a big enough move to knock something that’s deep ITM to a position where it’s OTM.

Returning to the example above, suppose that instead of just selling the 135-strike call outright, you decide to sell it and also buy the 137-strike call (in trader parlance, this would be “selling the 135-137 call vertical spread”). Remember, selling a single option can expose you to significant risk, but selling a vertical spread limits your potential loss to the difference between your strikes, minus the premium you collected, plus transaction costs.

Rather use the Probability ITM numbers? They’re about the same. The 135 call shows a 21.44% chance of being ITM, which means it has about an 78.56% probability of being OTM. And there’s about a 10.38% chance of the underlying rising above $137 before expiration, which again would result in a maximum loss.

Applying the Math to Decision Making

These numbers assume the position is held until expiration. Depending on your objectives, you could try to close or adjust this trade prior to expiration. But when structuring your trade and considering adjustments prior to expiration, understanding these probability calculations can help you more objectively manage your risk.

Let’s look at some basics. First, if an option is currently trading at a price that’s ITM, meaning it currently has a delta greater than 0.50, it’s more likely to still be ITM at expiration. That’s basic options probability theory—the price of the underlying stock fluctuates, but those fluctuations tend to be distributed in a way that’s bunched around the current price. Picture a typical bell curve.

Comparing an options delta (or other probability calculation) against the price at which you could buy or sell an option can help you determine your strategy for entering and exiting options trades.

And with that decision out of the way, you can move on to other important matters, such as whether to have salad or pizza for lunch. For that decision, though, you’re on your own. There’s no Probability WeightGain feature in thinkorswim.

Are options the right choice for you?

While options are definitely not for everyone, if you believe options trading fits with your risk tolerance and overall investing strategy, TD Ameritrade can help you pursue your options trading strategies with powerful trading platforms, idea generation resources, and the support you need.

Learn more about the potential benefits and risks of trading options.