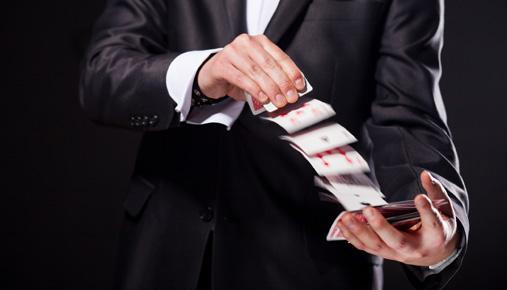 What Is a Bond? Demystifying Bond Trading and Investing

Cookies and milk. Hansel and Gretel. Stocks and bonds. Some things just seem to go together. But as familiar as the phrase “stocks and bonds” might be, the truth is, many investors are unsure of what bonds are and how they work. This might cause some to shy away from bonds in their portfolio allocation.

Perhaps the intimidation stems from the fact that bonds are often referred to as “fixed income” or a “debt instrument,” two terms that average investors may not be familiar with. So let’s describe a bond using a more relatable, but accurate term—a loan, from the bond investor to the issuer. That’s really the definition of a bond.

How a Bond Works

Government entities, from the U.S. Treasury down to state and local municipalities, need to raise money—whether for specific projects, or simply to fund basic services. Corporations, too, will often choose debt to finance acquisitions, upgrade plants or technology, and other things. So they issue bonds. Bonds are typically made up of three components:

Principal. This is the face value of the bond, the amount an investor initially pays to purchase it. It’s often set at $100 or $1,000 per bond. The principal is also sometimes referred to as “par.”

Maturity. This is the date on which the money loaned—the principal—needs to be paid back. For example, a U.S. Treasury bond has a 30-year maturity. (As an aside, short-term Treasury securities that mature in one year or less are called “bills.” Maturities from one to 10 years are called “notes,” and beyond 10 years, they’re called bonds.)

Interest rate. This is the annual amount, expressed as a percentage, that the bond issuer must pay the purchaser over the life of the bond. This also known as the “coupon” and is where the term “sitting at home clipping coupons” came from.

Here’s a sample scenario to illustrate how a bond investment might work.

But what if our hypothetical investor wanted to sell her bond before the maturity date? In that case, things can get a bit more complicated.

The interest rate of a bond at the time of issuance is affected by two factors: current interest rates and risk of issuer default. This rate is fixed for the life of the bond. Setting aside default risk for the moment, suppose investor Anne bought a 10-year maturity bond in a low-interest rate climate, but when she wanted to sell it five years later, interest rates had risen significantly.

In this case, investors could purchase newly issued bonds with higher rates than the one Anne is selling, and thus earn a larger return on their principal. Because of this, Anne’s bond would trade at a discount, also known as “trading below par.” This discount allows a buyer of Anne’s bond to make a similar return on capital as if they bought a newly issued bond with a higher interest rate. Remember: regardless of where the bond is bought or sold, at maturity, the bond owner will receive the par value of $1,000.

Once again, this is a highly simplified example of how interest rates can affect bond prices, but it illustrates the underlying concept. If the numbers were reversed and Bond B had a lower interest rate than Bond A, Bond A might be trading at a premium to its face value.

As we mentioned, risk also plays a part in setting the coupon rate of a bond. Government bonds tend to be less risky than corporate bonds, and thus they will usually have a lower interest rate. But there can be different rates even among corporate bonds. This is because of something known as default risk.

Default risk is the estimated risk of an issuer going out of business and not being able to pay back the principal—and any remaining interest—on the bonds they’ve issued. The riskier the issuer, the higher the interest rate they’ll offer on their bonds. Governments and municipalities, as a general rule, rarely default on their bonds. However, there have been several times during the last 20 years when they have gone into temporary default.

Much of the risk in buying bonds can be mitigated by buying only those that are highly rated. Various agencies like Moody’s and Standard & Poor’s issue, track, and update bond ratings on a regular basis, but they each have their own grading criteria, so investors need to educate themselves first.

Bonds can be an integral part of an investment portfolio, but for those who are still not sure where to start, TD Ameritrade clients can use the TD Ameritrade Bond Wizard to walk through the process of discovering bonds that meet unique criteria.

Learn more about the basics of bond investing by watching this short video on bonds.