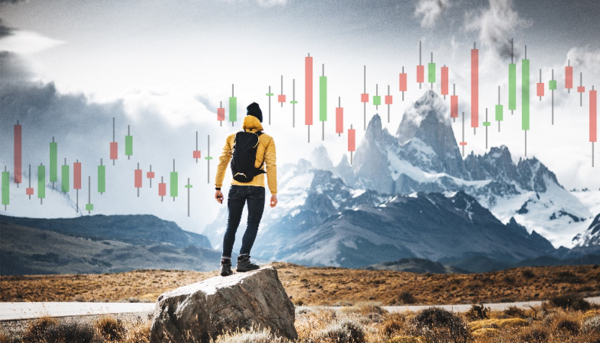 What to Consider Watching in March: Tariffs, Fed, Oil

U.S.-China talks remain on the forefront of investor concerns

March is often a transitional month from a weather perspective. It comes “in like a lion and out like a lamb,” the saying goes.

The stock market, on the other hand, possibly faces the opposite scenario if events don’t go right. It approaches March looking a lot less volatile and arguably more soft and fuzzy than it did at the end of last year. Whether it exits March like the proverbial big cat, however, could depend on a bunch of deadlines hanging over investors and if they get resolved in the weeks ahead.

Many of those hard geopolitical stops that helped keep volatility elevated until recently might face their respective “Waterloos” in March, including U.S. trade talks with China, Brexit, and a U.S. government debt ceiling debate. While stocks seemed to shake off a lot of these worries in a long January/February rally, March could be when investors might have to come face to face with the outcomes of each event. It’s one thing to chase prices higher based in part on rumors and innuendo. It’s another when the actual news hits the headlines.

Will March be the month when we finally see a resolution of the year-long trade battle between the U.S. and China? In a late-February move that seemed to cheer the markets, President Trump cancelled a March 1 deadline that was scheduled to trigger an increase in tariffs on some $200 billion in Chinese imports to 25% from 10%. And he suggested that talks were going well, with a summit between the two countries’ leaders expected in the next month or so. The question is whether there’s really going to be a formal signing of some sort of deal. Trump hinted at that, but progress hasn’t always followed a straight line over the last year when it comes to U.S/China trade relations.

The recent earnings season helped to make it clear that many U.S. companies are already having trouble navigating China’s slowing economy, and also that there’s been some sluggish capital investment as executives try to play a game where the rules aren’t yet known. A deal, whether in final form or even a draft, might give U.S. executives a better sense of how trade relations might proceed, and potentially help to lift this sense of mystery from the market. It’s been these hopes, rather than worries about a non-deal, that arguably helped accelerate the rally so far this year.

Remember, too, that trade relations with China aren’t just about goods going back and forth. That’s probably the least complicated part. Long-standing battles over intellectual property and forced technology transfers are likely far more complex, and it’s unclear if any progress has been made on those issues.

Stocks Head Into March on an Upswing

This rally has raised valuations of S&P 500 stocks to more than 16 times earnings on a forward basis from around 14 at the market lows late last December. The Dow Jones Industrial Average ($DJI) and Nasdaq (COMP) both posted nine-week win streaks to start the year, and by late February the markets had recovered about 75% of the losses sustained between late September and Christmas Eve, research firm CFRA noted. Investors appear to be willing to pay a bit more for equities as positive tidings come in about trade talks. Remove the positive tidings and substitute any kind of breakdown and we’ll see what happens to those optimistic valuations.

In other political events that could help to shape stock movements in the month ahead, the Brexit situation enters another month, this time facing a March 29 limit on negotiations. That’s when Britain is supposed to leave the European Union, but the British parliament’s failure to pass Prime Minister Theresa May’s plan for a Brexit deal earlier this year has left things in limbo. Now there’s some talk of a possible delay in that deadline while Parliament prepares for a new vote, but things are still up in the air as the new month dawns.

The Financial Times Stock Exchange 100 Index (FTSE 100 Index) that tracks the top-100 London Stock Exchange companies by market capitalization, was up more than 7% in late February, trailing the wider European averages and the S&P 500 (SPX). As March 29 draws closer (assuming the deadline doesn’t change)  it might be interesting to see how the FTSE performs, as well as how the broader European market reacts.

A dive into uncertainty can sometimes initiate what analysts call a “flight to safety,” meaning investors fleeing toward what they might see as safer investments in gold, the dollar, and U.S. Treasuries, though no investment is truly “safe”. The dollar index was on the rise much of February before trailing off at the end of the month. However, the euro has been relatively flat vs. the dollar.

One sector to consider watching as the Brexit parley plays out over the coming weeks is Financials. A lot of big banks do major business in London, which is one of the financial capitals of the world. A messy Brexit might potentially be a boon for U.S. banks, which might attract more international business if London looks less stable.

However, if U.S. Treasury yields start to buckle under pressure from investors shifting funds toward the U.S. bond market, financial stocks could face challenges. Back in January, Bloomberg quoted J.P. Morgan (JPM) CEO Jamie Dimon saying a “hard Brexit will be a disaster for Great Britain. We don’t think it’s going to happen, because it’s bad for Europe, too.”

Dimon told Bloomberg that JPM has spent hundreds of millions on preparations to avoid scrambling to continue operating across Europe. It’s likely other U.S. banks have done the same, but you can’t rule out possible bumps in the road for the sector in late March if things look unruly overseas.

Another outside event investors have no control over is the U.S. debt ceiling. The bad news? There’s a March 1 deadline. The good news? The Treasury Department can do what it’s often done over the last few years to juggle accounts and maybe put off the day of reckoning until later this year, according to media reports. Still, it’s another unpleasant reminder that the U.S. debt continues to grow, and it also could mean a harsh debate in Congress to avoid default.

Potential Fed Moves in the Background

We’ve spent a lot of time talking about events outside the market’s purview, but a Fed meeting on March 19-20 puts investors back into familiar territory. The Fed pushed the pause button earlier this year, so a rate hike seems awfully unlikely in March, judging from futures market action.

CME futures put the odds of a March hike at below 3% as of late February. The Fed could also potentially provide an update on its balance sheet plan, something many investors have been watching closely. The Fed has been reducing the amount of bonds it holds in its $4 trillion balance sheet for about a year, but Fed officials have discussed that possibly being brought to a halt at some point in 2019 as part of the Fed’s more dovish profile.

The March Fed meeting also brings an update of the Federal Open Market Committee’s (FOMC’s) “dot plot,” which maps Fed officials’ individual outlooks for rates moving forward. Last time we got one of these, back in December, the Fed forecast two rate hikes in 2019 and one additional hike in 2020. Since then, the market and the Fed have gotten way out of whack, with futures values predicting just 4% odds of any rate hike at all this year. The question is whether the Fed dials back. A dot plot that looks more hawkish than investor expectations might raise questions about whether investors are reading the Fed’s intentions correctly.

As the Fed eased its policy outlook (the minutes from January’s Fed Meeting and Fed Chair Jerome Powell’s testimony to Congress in late February seemed to reinforce that impression), market volatility also eased. By late February, the market’s most closely watched “fear gauge,” the VIX, fell below 14 for the first time since last fall after climbing above 30 in December. It did tick up again slightly in the very last days of February to above 15, likely the result of some investors seeking potential protection in case of a trade deal not working out. Even with that, VIX remains near its historic average, and the number of 1% daily gains or declines in the stock market has dropped considerably from late last year.

The VIX could be a good tracking tool for investors as March advances. A relaxed VIX might serve as a sign of investors feeling more confident about future geopolitical developments. If things start to look more unsettled and the lion comes roaring back, perhaps expect VIX to reflect that by charging higher.

Economic Indicators for Your March Radar

One thing to keep in mind is that the Fed said it would be data dependent. So far in 2019, the inflation data have been pretty benign, which seems to support the Fed’s decision to remain on pause. However, the first day of March brings the Fed’s preferred inflation meter, Personal Consumption Expenditure (PCE) prices. If these show more of a move than the consumer and producer price index numbers saw in February, the Fed would likely take that into account.

It also seems safe to presume that the Fed will be closely watching the February payrolls report, due March 8. Jobs growth in January exceeded expectations in a major way, but there’s some thought that a revision might be in order due to the government shutdown that month. We’ll have to wait and see, and also see if a slack housing market and some soft consumer spending seen in February’s data reports had any impact on hiring in the year’s second month.

March isn’t normally a big earnings month, but it does come ahead of April’s Q1 earnings season. Many Wall Street analysts have been ramping expectations for corporate profit growth being down ahead of that, and more estimates might come in as March continues. Negative earnings prognostications could be another potential lion’s den for the market to navigate past during the transition from winter to spring.

Here are a few data and events to watch for in March.