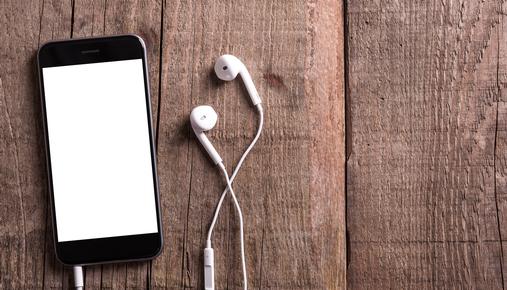 Music-streaming company Spotify has filed to go public, sometime in March or April, only it’s choosing to do so in an unconventional way, via a direct listing.

Over the past decade, direct listings have been few and far between. There have been six of them on the Nasdaq since 2006 and Spotify’s would be the New York Stock Exchange’s (NYSE) first now that the U.S. Securities & Exchange Commission (SEC) has accepted the NYSE’s proposed rule changes that would allow direct listing.

What is a Direct Listing?

So far, the majority of companies that have gone the direct listing route have been smaller companies and some real estate investment trusts. Spotify is unique in that it is far and away the largest company to pursue such a course. In mid-December, Reuters reported that Spotify was valued at about $19 billion based on the price of recent private transactions, putting it in the large-cap bucket.

Regardless of the process to go public, once the shares start trading on the exchange they’re still subject to the same requirements as every other company and could be delisted if they fail to maintain the exchange’s listing requirements. The companies also need to abide by the SEC’s rules and regulations.

Why Would a Company Choose a Direct Listing?

Despite their infrequent use, there are several reasons the direct-listing approach can be attractive. From a financial standpoint, since there’s no underwriting process, companies can save on the fees that investment banks charge, which can top $100 million for the largest IPOs. Also, being in an industry that is subject to the “cool factor”(in this case, tech), the move might be viewed by members of the public as a way to avoid the costs associated with large, traditional underwriting firms.

There’s also no need to issue new shares with a direct listing. If the company doesn’t need to raise capital, this route allows it to avoid dilution to current shareholders’ ownership. At the same time, it provides current investors with the ability to more easily sell shares, or exit their position entirely, than might be possible in private markets.

The tradeoff is the company forgoes the services that investment banks provide: covering the stock in research reports, ensuring there is a market for the stock, and the IPO roadshow—the process where investment banks and senior management of the company going public meet with potential investors to drum up interest in the business and offering.

Without underwriters, there also tends to be a greater chance for price volatility once shares start trading publicly. There have certainly been IPOs where prices soared or crashed shortly after going public, but for the most part investment banks try to set a reasonable opening price for the new shares that won’t result in massive price swings.

If Spotify’s direct listing ends up being widely considered as successful, it could pave the way for more private companies to consider going public by skipping the traditional IPO process. Or it could just be another one-off like Alphabet’s (GOOGL) Dutch auction IPO back in 2004 when it was just Google.

To read more about Spotify, and the evolution of media from physical to and streaming services, check out this article on the Ticker Tape.