What’s an Inverted Yield Curve, and How Could It Affect the Economy? – Professional ThinkorSwim indicators – Premium ThinkOrSwim Downloads & Indicators 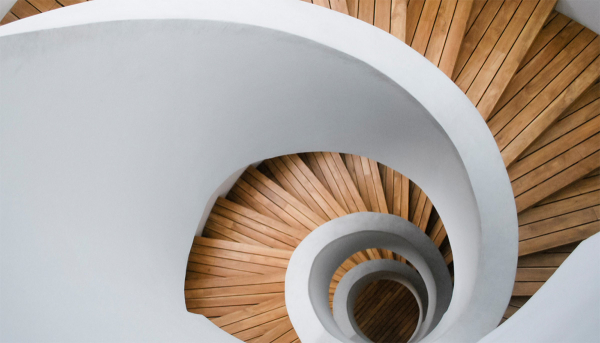 What’s an Inverted Yield Curve, and How Could It Affect the Economy?

Yield curve inversions have occurred ahead of market downturns and recessions

Learn about the yield curve, how it works, and what it could mean for the markets

If you’re hearing a lot of talk about a possible “inverted yield curve,” you might be wondering just what impact it might have on the economy. To begin with, however, it helps to learn what a yield curve is and why it’s important.

Let’s take a look at some yield curve basics that investors might want to remember.

First, What Is the Yield Curve?

At its core, the yield curve is a measure of interest rate expectations. The curve itself is a graph of Treasury yields across different maturities. Short-term maturities like bills and notes are plotted on the front (left side) of the curve, while long-term maturities or bonds are plotted further out (right side). See examples below.

The yield curve can slope upward (positive slope). It can invert (negative slope), and it can even be flat, although that may sound like a contradiction (how can a curve be flat, anyway?). Some analysts equate an inversion of the yield curve with possible economic malaise, though the relationship is up for debate. 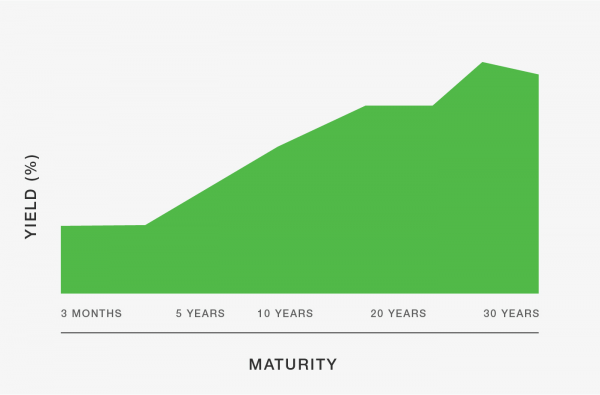 FIGURE 1: THINK POSITIVE. Positive-sloping, or normal, yield curve from left to right across maturities. For illustrative purposes only.

Bond traders use the types of yield curve to identify the relative value of a single maturity versus rates on other bond investments. Knowing some yield curve basics can sometimes help investors determine if a particular bond will compensate its holder for exposure to changing interest rates or inflation. A bond trader might observe that 30-year yields are higher than 20-year yields. If the difference is large enough, the bond trader might be willing to accept more risk in the longer maturity to capture a higher yield.

Stock traders might use yield curve observations to help get a rough idea about interest rate and inflation expectations. Again, the yield curve takes three shapes: positive-sloping, negative-sloping or inverted, and flat. For stock investors, the shape of the curve offers hints about how interest rate markets are positioning for current expectations on future rates, inflation, Federal Reserve action, international economic disruptions, and other current expectations on developments that can sway stock values. A positive-sloping (sometimes termed a “normal”) yield curve is the typical shape shown in figure 1. A normal yield curve forms when bonds with shorter maturities yield less than bonds with longer maturities.

This is the usual shape because longer maturities have more exposure to value-eroding inflation or other potentially risky factors. That means investors expect a higher yield to compensate. Importantly for stock investors, the yield curve is usually positive when the economy is growing, and economic growth typically leads to increasing corporate profits and rising stock prices. 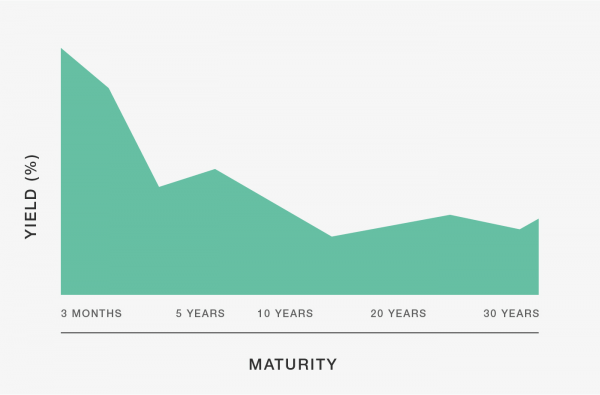 FIGURE 2. DOWNHILL FROM HERE? A negative-sloping, or inverted curve. This unusual shape can signal an economic recession and possible bear stock market. For illustrative purposes only.

What Is an Inverted Yield Curve?

A negative-sloping, or inverted, yield curve is shown in figure 2. An inversion forms when bonds with shorter maturities yield more than bonds with longer maturities. That could happen because of a recession, for example, or if extraordinary demand is flowing into longer-term Treasuries because the U.S. may be deemed the safest place to stash money in the wake of global political or economic rumblings.

An inversion of the yield curve can sometimes be a warning sign for stock investors because it signals possible slowing corporate profits and a potential fall in stock prices. For instance, the yield curve inverted in 1999 and 2007—right before bear markets in stocks and recessions. The yield curve came close to inversion in 2018 as the Fed raised short-term interest rates but long-term rates stayed stubbornly low. 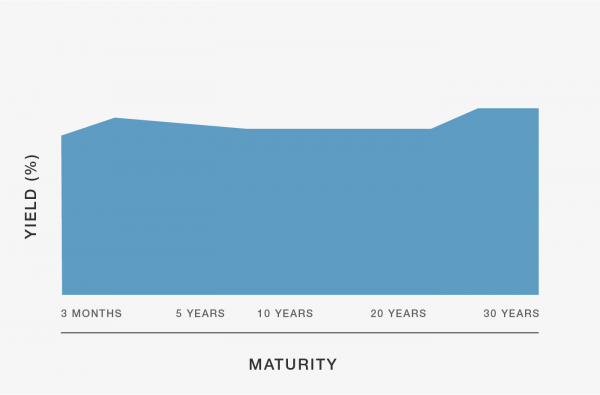 The yield curve was positive in the years following the financial crisis of 2008-09. However, stock investors might do well to pay attention over time, because things can and do change.

What Does an Inverted Yield Curve Mean?

If you’re concerned about a possible inverted yield curve, you might consider watching U.S. Fed rate policy carefully. The Fed began hiking short-term interest rates in late 2015 after keeping them at essentially zero for many years, and the yield curve fell to its lowest level since back near the time of the great recession of 2007-09 as those rate hikes continued into 2018. The Fed hikes affect an ultra-short-term rate that influences the broader interest rate spectrum. If the Fed keeps raising short-term rates, and long-term rates don’t also climb, that’s one potential factor that could lead to an inversion.

While an inversion might serve as an economic warning signal, some analysts noted that other factors, including historically low rates and continued slow growth in Europe and Japan, might have been partly responsible for the narrowing gap between long- and short-term yields in 2018. The Fed takes the yield curve into consideration as it makes rate decisions, and an inverted curve—should it occur—might not necessarily point toward an economic slowdown, Fed officials say. The jury remains out.

$1 Per Bond Transaction Fee on Over 40,000 Fixed Income Securities.