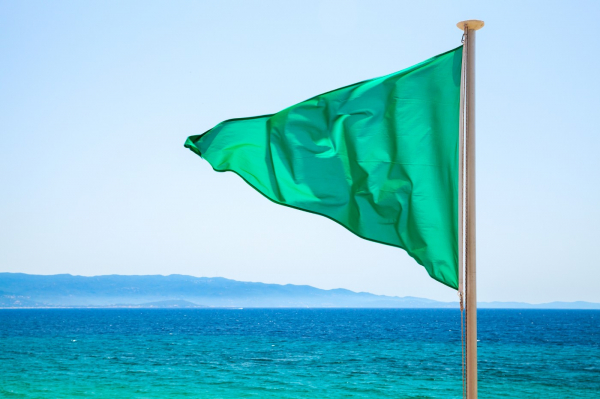 While a Few Stocks are Making Waves, Transportation Stocks are Sinking

The Stock Market Looks Adrift Ahead of Earnings Season, But a Few Stocks are Making Waves

The Dow Jones Industrial Average Bounces Back After 300-Point Slide

(Friday Market Open) Investors hope to build on Thursday’s rebound as S&P 500 index futures moved higher before the opening bell. After the open, the wholesale inventories report will be released with a look into the strength of the manufacturing, refining, and mining industries.  At lunch, the WASDE report will show estimates of demand in commodity markets and potential insights into the inflation picture. Until these reports come out, investors do have a few stocks to focus on.

Defense company CrowdStrike (CRWD) rallied 3.91% in premarket trading on the news it received Provisional Authorization to Operate at Impact Level 4, which will allow its products to provide security for the U.S. Department of Defense and Defense Industrial Base. CRWD has gained because it specializes in protecting computer hardware and mobile devices through cloud-based solutions. The U.S. government and many companies are worried Russia will launch digital strikes due to ongoing tensions.

Tesla (TSLA) celebrated the opening of its new vehicle assembly plant in Austin, Texas with a “Cyber Rodeo.” The new plant is expected make 500,000 Model Y cars per year once it’s at full capacity. Tesla CEO Elon Musk also teased other products the company has in development including its Cybertruck and a robotaxi.

One earnings announcement of note comes from WD-40 (WDFC). The company is looking pretty slick as it rallied 9.95% in premarket action after soundly beating earnings and revenue estimates. The company did report that the stronger dollar hurt results, which will likely be an ongoing theme this earnings season.

There’s some news out of Asia that could be a drag on stocks, but they’re ongoing issues that the market may already be discounting. First, Japan is joining the sanctions on Russian coal causing coal futures to tick higher before the bell. The other news item is that China continues its lockdown of Shanghai and other cities trying to stamp out rising COVID-19 cases.  In the last month, 23 cities in China have been locked down, taking its toll on the Chinese and world economies.

After selling off most of the morning and pushing the Dow Jones Industrial Average ($DJI) 300 points lower, stocks turned around and rallied back into positive territory. The Dow closed the day 87 points higher or 0.25%. The S&P 500 (SPX) rose 0.43% and the Nasdaq Composite ($COMP) ticked 0.06% higher. Despite reaching positive territory about 20 minutes before the closing bell, the Russell 2000 (RUT) couldn’t hang on and closed down 0.35%.

The strong jobs market got stronger with initial jobless claims coming in much lower than expected and lower than the previous week. However, investors may have been preoccupied with four FOMC members giving speeches on Thursday in addition to a separate speech during the day by former Fed Chair and current Treasury Secretary Janet Yellen. Markets were rattled earlier this week when Fed Governor and soon to be Fed vice chair Lael Brainard gave a speech indicating inflation is too high, so investors seemed a little sensitive to podiums and teleprompters.

After a spirited day of trading, liquor and beer brewer Constellation Brands (STZ), closed 4.61% higher on the day despite falling short on earnings estimates. Also in earnings news, ConAgra (CAG) which owns brands like Duncan Hines, Hunt’s, and Healthy Choice, beat on earnings and revenue, but had a rocky day of trading with positive and negative swings before closing 0.26% higher on the day. Levi Strauss (LEVI) beat on top and bottom-line numbers too but spent most of the day well into negative territory until trimming its losses to 0.72% at the close.

Outside of earnings, HP (HPQ) was one of the biggest winners on the day rallying 14.75% on the news that Warren Buffett’s Berkshire Hathaway (BRK/A) took a $4.2 billion stake in the company. Costco (COST) rallied 4% and hit a new all-time high after reporting an adjusted March comparable sales growth of 12.2%.

Finally, Cameco (CCJ) rallied 8.32% on the strength in uranium futures. Several news outlets reported that the United Kingdom is pushing for more nuclear power to gain greater energy independence and as a way to break its dependency on Russian gas, oil, and coal. Despite its bad reputation, nuclear power has a good safety record and it’s clean. In fact, last year, Warren Buffett and Bill Gates announced that they’re backing a $4 billion nuclear power plant in Wyoming.

CHART OF THE DAY: FREIGHT TRAIN. The Freight Transportation Services Index (TSIFRGHT:FRED—green and red) tends to be correlated to the Dow Jones Transportation Index ($DJT—pink). FRED® is a registered trademark of the Federal Reserve Bank of St. Louis. The Federal Reserve Bank of St. Louis does not sponsor or endorse and is not affiliated with TD Ameritrade. Data Sources: ICE, S&P Dow Jones Indices. Chart source: The thinkorswim® platform. For illustrative purposes only. Past performance does not guarantee future results.

Lagging Leader: In Tuesday’s article, we observed that the Dow Jones Transportation Average ($DJT) fell in response to a steep decline in trucking jobs. The transports index has been down six of the last seven trading days dropping 13% in value. The index is moving into bear market territory. Freight companies like J.B. Hunt Transportation (JBHT) and Norfolk Southern (NSC) have led the slide due to falling freight problems. The transports index is nearing support levels around the 14,000 level. A break of support would put the index securely in a bear market.

Pay the Freight: The Freight Transportation Services Index is one component of the Transportation Services Index (TSI). The TSI comes out each month and measures the movement of freight and passengers. If you compare the performance of the freight TSI to the $DJT, you can see that the two indicators are correlated. However, during the pandemic, the $DJT appears to have been overbought compared to the actual volumes shipped.

If it’s the case that the $DJT has just gotten ahead of the TSI, then the recent selloff may be more of an arbitrage-type move where transportations stocks are simply pulling back in-line with the actual freight volumes. However, if the freight TSI is weakening, this could be bad news for the economy and the $DJT may be leading stocks even lower.

Pilot Car: In a study titled, “Transportation Services Index and the Economy-Revisited,” Peg Young, Ken Notis, and Theresa Firestine found that the freight TSI tends to lead economic growth cycles by about four  months. What happens is that a transportation company has to have a truck, train, or airplane on a route whether it’s full or not. The costs are roughly the same for the company so the fuller the shipping vehicle, the higher the revenue for that load. If there’s lower demand for goods, then there will be fewer items on the load and transportation companies will start seeing earnings decline. A decline in earnings results in a falling stock price.

Of course, this is just one aspect to revenues and expenses that make up the profits and losses of transportation companies, but it’s a big one. The next TSI report comes out April 13. If you’re interested in transportation stocks, it may be worth your while to put it on your calendar.