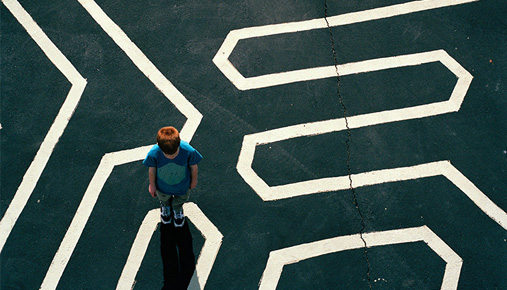 Why Wait for Financial Aid?

Go ahead, throw yourself on the mercy of State U’s aid office and crank out the scholarship essays. But you may also want to consider a tax-advantaged 529 College Savings Plan.

Ask any college student who’s stumbled through organic chemistry and they’ll probably stress the same thing: always learn the exception to the rule. That tip may apply long before your budding student takes his or her first walk to class. For college applicants and their parents, there’s no shortage of “exceptions to the rule” when navigating the financial aid process. In fact, some applicants have called it the most mindnumbing heap of paperwork they’ve ever encountered.

Qualifications vary by school and by student. For instance, what qualifies as “need” and “aid” are quite different thresholds, depending on the institution. Some schools enforce “need-blind” admissions, but increasingly, more of them care a heck of a lot about whether you can afford to go there. Everyone starts with a basic federal formula, but colleges and universities can ultimately crunch the numbers any way they choose.

FIGURE 1: PAYING FOR COLLEGE. rants and scholarships accounted for thelargest source of funding for college costs in the most recent academic year, at 30%.Still, parents are footing a big chunk of the bill. Source: Sallie Mae. For illustrative purposes only.

No one’s suggesting you take a pass on trying for financial aid. In some cases, you’ll need to jump through the hoops simply so that your kid can get a campus job. In fact, you’ll want to jump through those hoops, because when it comes to shouldering this big bill, every bit helps (see figure 1). That said, wouldn’t it be better to control your own financial destiny?

One way to empower your family when it comes to higher-ed funding may be by diverting income and gifts to tax-advantaged 529 College Savings Plans (read last year’s Ticker Tape interview with financial advisor Ric Edelman for more on this subject). You can start when Junior first joins your family and keep contributing until your student needs the money for a traditional four-year program, for chef school, or for pretty much any institution of higher learning.* It’s never too late to start investing for college, and with 529 plans, grandparents and other family members can chip in.

Tuition and other college expenses have soared far beyond the rate of consumer inflation benchmarks over the past two decades. That partly reflects schools’ passing along higher costs as federal funding was cut.

Tuition expenses will likely be heading in one direction for the foreseeable future: higher. Still, the rate of annual increases has slowed somewhat recently, to about 5% last year from 9% in 2004, according to data from the College Board and the U.S. Bureau of Labor Statistics.

Even at a 5% annual increase, we’re talking about public tuition and other fees of roughly $23,000 annually five years from now. And, the price jumps to about $41,000 for public universities per year and about $82,000 for private school for kids who are currently in third grade.

For instance, in the TD Ameritrade 529 College Savings Plan:

Money grows tax-deferred and is excluded from your taxable estate

Each parent (as well as grandparents, aunts and uncles) can annually contribute a maximum of $14,000 per beneficiary, with the one-time option to combine up to $70,000 in one year (see Program Disclosure Statement for more details)

Funds can be used for qualified expenses beyond tuition

Should a child skip college, funds can be transferred to siblings (or another member of the extended family, or yourself).

Let’s take a deeper look at the increasing complexities of financial aid’s benefits and limitations.

The good news is that plowing through financial aid forms can pay off: About 71% of undergraduates received some type of financial aid in the 2011–12 academic year, according to the National Center for Education Statistics. But things get complicated when trying to compare different schools. Education experts and politicians have called for a level playing field and a universal financial aid form, but for now, the patchwork system persists.

A percentage of your purchases at hundreds of qualified U.S. retailers and restaurants goes right into your child’s TD Ameritrade 529 College Savings Plan.

Find out more at Upromise Rewards »

Start online. College websites are required by law to have net-price calculators so that people can estimate what they really are responsible for paying (i.e., not the sticker price). At the national level, the government operates the Financial Aid Shopping Sheet, which attempts to standardize the definitions and information for a side-by-side college comparison (although it’s voluntary for colleges to participate).

Once a family ditches the mock-ups for the real form, they use the Free Application for Federal Student Aid, or FAFSA. That determines whether a student qualifies for grants or subsidized student loans. Most colleges stick largely to the FAFSA formula. But many private colleges require another form, the CSS/Financial Aid Profile, and use a related formula created by the nonprofit College Board. Some use a blend. Because schools aren’t required to make their formulas public, the result is a system that’s nearly impossible for apples-to-apples comparisons.

Wrong Side Of The Ledger

Keep in mind that financial aid “awards” typically include loans and workstudy opportunities to round out things like federal Pell Grants and scholarships. That’s not exactly a gift.

What about those loans? Some financial professionals stress that student loans, at least as debt goes, are a “good” kind of debt. They help young people establish a credit history, and borrowers can generally pay them back slowly, at interest rates that typically run much lower than other types of borrowing (student loan rates were in the 4% to 5% range for 2013–14).

Some experts stress that young professionals might begin respectable retirement savings as soon as they land in the workforce, diverting money away from an aggressive pay-down of college debt.

Bottom line: debt is debt, period. The less you have, the farther you can stretch your income. If you’re diverting money to college anyway, doesn’t it make sense to do it ahead of time into a 529, where you have a potential to watch your money grow, and not after the fact, where you get buried in interest?