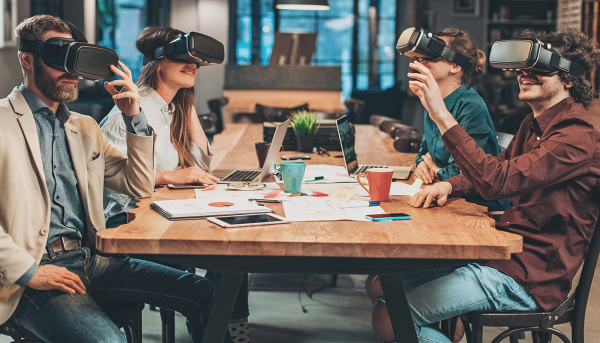 5G Investments: How Might a 5G Network Impact the Economy?

The 5G transition could take years, some investors might wait before shifting allocations to 5G investments

Imagine being able to download a high-definition movie in seconds. Or even better, imagine never getting stuck in traffic. Both of these innovations could become the norm when 5G technology takes hold.

In September 2018, the Federal Communications Commission (FCC) voted to streamline 5G infrastructure, which should allow operators to deploy high-speed broadband wireless networks and roll out 5G services in communities across the country.

The digital transformation will disrupt some industries. But it will also create new 5G investment opportunities and perhaps even new industries. So how might 5G affect our lives individually and on a global scale? We’re just starting to see the impacts now.

Michael Obucina, senior producer, content at TD Ameritrade, said that when Apple (AAPL) released the iPhone 3G in 2008, it was the first device to really harness the power of 3G (which debuted in 2001), changing the mobile landscape forever. “It really was the game-changer, allowing faster web browsing, the development of apps, and everything we take for granted today,” he explained.

A 2017 study by IHS Markit and Qualcomm on the global gross domestic product (GDP) impact of 5G found that between 2020 and 2035, the impact could be similar to adding an economy the size of India to the current global economy. The study noted that a broad range of industries—from retail to education, transportation to entertainment—could produce up to $12.3 trillion worth of goods and services enabled by 5G.

One of the first consumer benefits will be in wearable technology and the connected-device space, known as the internet of things, as 5G will allow these products to work faster.

When it comes to 5G investment opportunities, McKinsey & Company (a consulting firm that’s been studying the outlook for 5G) and the Consumer Technology Association suggested that some of the early uses of the new tech are just appearing now. Here are a few:

“The smart-city angle is really cool,” said Obucina. “You have all these city management systems, whether it’s sewers, electricity, or traffic management systems—all of these systems are going to be able to talk to each other over the cellular network. Everything’s going to become smarter and more efficient.”

Internet service providers may be disrupted. If 5G is as fast or faster than home or business Wi-Fi, people may drop their internet service, just as many people have cut their cable cords.

The new 5G technology will mean an upgrade in infrastructure—everything from more cell towers, which may make cell tower real estate investment trusts (REITs) attractive, to new mobile devices that will be needed to become compatible with 5G. That means chipmakers, parts suppliers, phone makers, and the like may see greater demand.

But you don’t need to start building an all-things-5G portfolio yet. It will take time for 5G to be fully entrenched. McKinsey doesn’t expect 5G to be widespread until about 2025 because of high development and deployment costs. And remember what Warren Buffett said about automakers? As he pointed out, when the car was invented at the turn of the last century, a couple thousand auto manufacturers failed and only a few succeeded.

Obucina flagged an example with Verizon (VZ). An investor who bought Verizon as 3G rolled out in 1998 may have suffered heavy losses in the dot-com bust—and the stock still hasn’t returned to its all-time high from October 1999.

There’s one more consideration when it comes to 5G. The new technology will likely spawn new devices, maybe even new sectors we haven’t even dreamed of, and those unknown inventions could be investment opportunities of their own.

5G and How to Invest in New Technologies
5:27