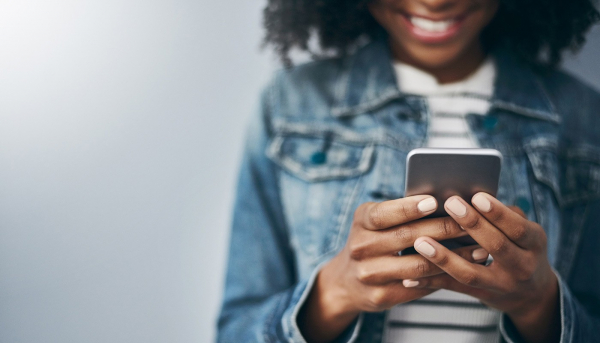 Apple’s annual Worldwide Developers Conference is an event where developers convene to learn about new Apple technologies, developments, and products

New features for Apple’s iOS, macOS, watchOS, and tvOS are expected to be unveiled

June 3 marks the launch date for what just might be the biggest media event of the year for Apple (AAPL)—its annual Worldwide Developers Conference 2019, or WWDC19.

Set to take place at the San Jose McEnery Convention Center in California, WWDC19 continues Apple’s long-standing tradition of convening “the world’s most innovative and creative developers” for a five-day event bustling with technical lab and design sessions, product consultations, and of course, the unveiling of new Apple products, upgrades, and apps.

For coders and developers, the Worldwide Developers Conference is an opportunity to connect with Apple engineers and other independent app developers who are interested in or working within Apple’s operating system (OS) ecosystem.

For investors, WWDC19 can provide insight into potential tech innovations that could transform the way people go about their daily routines—of course, depending on the quality, accessibility, and adoption of new tech.

Considering that an estimated 1.4 billion devices run on Apple’s operating systems (according to the company), even the slightest incremental change could have a significant effect on the personal and professional lives of those who use them. It’s something to think about when considering a case for investment.

Following company tradition, Apple executives have been pretty tight-lipped about their upcoming product launches. None of the product or topic “reveals” are previewed on the official conference website for WWDC19. But several media services—Bloomberg, MacRumors, Macworld, and 9to5Mac, to name a few—have all reported similar developments concerning Apple’s four core operating systems: iOS, macOS, watchOS, and tvOS.

Here are just a few items that are expected to be unveiled for each OS. Remember that although these updates and launches have been widely reported in the media, no release is guaranteed.

iPads and iPhones may be able to run on “dark mode,” allowing users to optimize their night viewing through a black and gray interface.A new keyboard feature, currently in testing mode, may allow users to type out words by swiping across letters—a feature similar to those offered by Android and other apps such as SwiftKey.A unified “Find Network” combining Find My Friends and Find My iPhone services is set for release. This new app may also come with a physical beacon that can be attached to external devices (like backpacks) for users to track.Apple’s Health app has been revamped, including a new “hearing health” section and an improved menstrual cycle tracking feature.An upgraded Reminders app will come with a grid feature that will allow users to better manage their scheduled tasks in detail. The Apple Books app will incentivize reading with an improved progress tracker and a new rewards system.Apple has updated its Maps app to more easily navigate frequent or past location settings (making the app competitive with Waze and Google Maps).Screen Time will have a new feature that lets parents control who their kids can and cannot contact at certain times of the day.

macOS 10.15: For Desktops and Laptops

According to Bloomberg, the biggest change this year will be that iPad apps will have the capacity to run on Mac desktops and laptops (near-future plans are to expand this capability to iPhone apps as well).macOS 10.15 may come with a functionality that can send any app to an external display such as a monitor or iPad.New apps for Music, Podcasts, and Books will be available in macOS 10.15. This development is to be followed by a TV app for Mac, possibly as early as this fall.A new “window-snapping” feature may be available that allows users to snap windows to one side of the screen.iMessage Screen Effects, allowing users to add visual animation to messages, and Screen Time, a way to monitor the time users spend on certain apps, will be available on Macs.

watchOS 6: Updating the Thing on Your Wrist

The App Store will now be accessible through the Apple Watch, meaning users can download apps on the go, which will give the device more flexibility and independence.Users may also record and listen to memos on their Apple Watch, iPad, and Mac via a new app called Voice Memos.For those who want to listen to audiobooks on their Watch, the Apple Books app will now be available.Adding an “old” wristwatch feature dating back to analog days, Apple Watch will now have a Calculator app.Two new health apps will be added to the Apple Watch: an app called Dose for pill reminders and a menstrual cycle tracking app called Cycles.Other new apps and features may include more emojis (Animoji and Memoji) and several new watch face design options.

There’s been little news regarding the upcoming tvOS functionalities. Apple could unveil features that will bring more attention and appeal to a device that has been lagging others in popularity and adoption.Another question is how Apple may respond to the upcoming launch of Disney+, Disney’s (DIS) new streaming service, which aims to compete with AppleTV, Netflix (NFLX), Amazon (AMZN) Video, and others.

With the majority of the world running macOS or Microsoft Windows for their computing power, plus Google Android for mobile phone or pad devices, any small ripple coming from these three corners of techdom has the capacity to cause major seismic shifts in the daily personal and professional lives of tech users. This is what makes conferences like WWDC19 so exciting for users and developers, and potentially valuable to forward-looking investors.