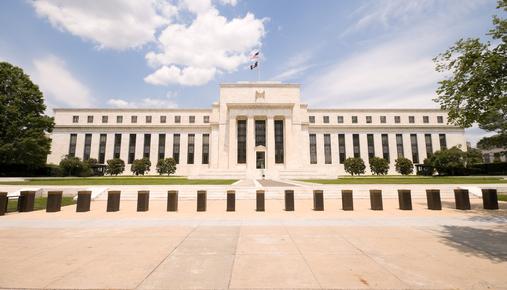 A Brief History of the Federal Reserve

The Federal Reserve, or the Fed, is a common topic when it comes to investing and the financial world. Here is a refresher on the history of the Fed and the impact they can have on the economy.

A Brief History of The Federal Reserve

After a series of financial crises over the course of the 1800s, and the particularly bad Panic of 1907 where business titans J.P. Morgan, John D. Rockefeller, and others pledged their own capital to shore up the banks, there was an obvious need to improve the nation’s banking system. Over time, there had been several bills passed to address issues from previous panics, but there were still challenges and disagreement among the public and government about the right approach.

Not too long after his election, Democratic President Woodrow Wilson began working on a new plan that would address the competing concerns of the banking sector, general public and Democrats and Republicans. In 1913, he signed the Federal Reserve Act, creating the Federal Reserve System.

Over time, as the economy and financial conditions have evolved, so has the Federal Reserve System. After the Great Depression, Congress passed the Banking Act of 1933, more commonly known as the Glass-Steagall Act. This resulted in the creation of the Federal Deposit Insurance Corporation (FDIC) and also put the Fed in charge of open market operations.

Not too much later, the Banking Act of 1935 was passed. This Act changed the name of the “Federal Reserve Board” to the “Board of Governors of the Federal Reserve System” and resulted in changes in the Fed structure, including the separation of the Federal Open Market Committee (FOMC) as its own legal entity. Over the years, there have been other bills passed by Congress that have changed the scope of responsibilities that fall under the Federal Reserve System. Quite often, these bills are passed in response to the economic situation at the time, allowing the Fed to implement different measures to address issues in the economy.

Today, the Federal Reserve System is comprised of the Board of Governors, the 12 Federal Reserve Banks, and the FOMC. Together, those three entities serve five key functions:

What Does the Federal Reserve Do?

The overarching purpose of the Federal Reserve System is to achieve three goals that it has been tasked with by Congress: promote maximum employment, stable prices, and moderate long-term interest rates.

The 12 Federal Reserve Banks, and their branches, provide critical banking services across the U.S. Much like you and I need checking accounts and other banking services, so do banks. For that reason, the Federal Reserve Banks are sometimes called the bankers’ banks. These banks also act as the fiscal agent of the U.S.,  providing checking accounts for the U.S. Treasury, issuing and redeeming government securities, and handling other responsibilities.

The third component of the Federal Reserve System is the FOMC, the main way the Fed implements monetary policy.  The voting membership is comprised of the seven members of the Board of Governors, the president of the Federal Reserve Bank of New York and four other Reserve Bank presidents, who serve one-year terms on a rotating schedule. At each meeting, they determine what monetary policy changes to implement to promote sustainable economic growth.

A BRIEF LESSON ON THE FEDERAL RESERVE. The Federal Reserve, or the Fed, is an important and influential part of the U.S. economy. But what exactly does it do? In this video from the Income Investing course, our Education Coach gives you a simple explanation. Open an account with TD Ameritrade to get access to the Income Investing course and more immersive investor education.

Why Should Investors Care?

First and foremost, the Fed’s decisions regarding interest rates and the money supply (availability of loans, credit, etc.), can have direct and indirect effects on every asset class.

The Fed makes decisions on interest rates and other aspects of monetary policy eight times a year at FOMC meetings. Four of those meetings include a summary of economic projections and a press conference by the Fed Chair. Four weeks afterwards, minutes from the FOMC’s meeting are released, which provide a more granular look. The FOMC also holds additional meetings as necessary.

On top of the FOMC’s meetings, the Fed Chair delivers a semiannual monetary policy report to Congress.  As a result of the Fed’s influential role and insight into large aspects of the U.S. and global economies, investors can learn more about what’s going on across markets by following its meetings.

In addition, there can be heightened volatility around FOMC meetings, especially when there is uncertainty regarding the economy and what actions they might take to control interest rates and the money supply. Not only that, when inflation and employment-related data, two of the key things the Fed monitors, is released ahead of Fed meetings,  many different traders quickly react to how they think that might influence the FOMC’s decisions. This can also add additional volatility in the market.

The Fed shouldn’t be a primary driver of your investment decisions. However, because it plays an influential role in the U.S. and global economy, it’s helpful to have an idea of what’s going on at the Fed. Hopefully this refresher helps.

Is the Federal Reserve public (government entity) or private? In a way, both. The Fed has a unique structure that allows it to operate independently within the government, but its authority is ultimately derived from the Federal Reserve Act, which Congress can change. Who owns the Federal Reserve?  The 12 Federal Reserve Banks are structured like private corporations and each one is owned by its member banks–more than a third of U.S. commercial banks are member banks of the Federal Reserve System. National banks must be members and state-chartered banks can join after meeting certain requirements. When a bank becomes a member of the Federal Reserve System, that bank must purchase stock in its regional Federal Reserve Bank. That stock cannot be sold or used as collateral for a loan. In exchange, the banks receive a fixed 6% annual dividend on the stock. What is the Beige Book? The Beige Book is the commonly used name for the Fed’s Summary of Commentary on Current Economic Conditions by Federal Reserve District. Each Federal Reserve Bank gathers information on economic conditions in their District by gathering reports from Bank and Branch Directors, as well as interviewing business contacts, economists and market experts.What does hawkish or dovish mean? Market watchers and financial media will often say that the Fed Chair or other FOMC members had a “hawkish tone” or “dovish tone”.  The term hawkish refers to the perception that statements and actions by FOMC members indicate they favor tightening monetary policy. The term dovish refers to the perception that statements by FOMC members indicate they favor loosening policy.