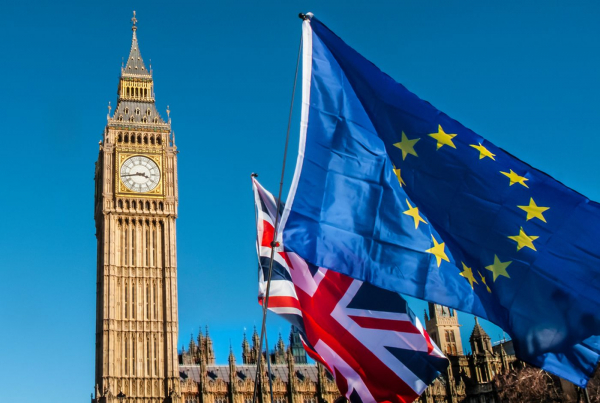 Look at the facts, not the headlines, for your investing and trading decisions

Political events can often result in knee-jerk reactions and rapid reversals as investors and traders react to the latest breaking news. In the past few years alone it’s happened with Brexit, the Italian elections and President Trump’s election.

November is looking like it could be one of those months, as there is likely to be plenty of geopolitical noise for investors to cut through. In addition to U.S. midterm elections and the 2018 Asia-Pacific Economic Cooperation (APEC) Summit, ongoing Brexit negotiations are expected to last into November as U.K. politicians have said that a deal is unlikely by the original deadline of October.

Personally, when I have a rough idea of what’s going on, I’m less likely to emotionally react and more likely to stick with my investing plan. Below you’ll find some high-level information about each event.

Polls say Democrats could realistically take control of the House, as they need to win only an additional 23 seats. Republicans currently have control of both the House and the Senate, which has helped them pass legislation like tax reform and rewrites to Dodd-Frank. Depending on the outcome of the midterms, we may go back to much of the gridlock that has occurred in the past.

The 2018 Asia-Pacific Economic Cooperation (APEC) summit takes place November 12 to 18. Not only will APEC members including the U.S., China, Russia, Japan, Mexico and Canada be there, there will also be CEOs from major global corporations in attendance.

All of these leaders are scheduled to gather to discuss promoting global business, investment and trade between APEC members. And considering that a primary goal of APEC is to “ensure that goods, services, investment and people move easily across borders,” trade and tariffs are likely to be front and center during that week.

The official hard date for the U.K. to leave the European Union is March 29, 2019. But you’ll probably keep hearing about it until then, thanks to the fact that British politicians like to talk just as much as ours do.

Right now, British Prime Minister Theresa May and U.K. officials are working with EU leaders and officials to hammer out the details of the final Brexit agreement. Originally, the soft deadline for reaching an agreement was mid-October, although many political analysts have said that’s looking like it will be pushed back until sometime in November.

Basically, Brexit is like a nasty, publicized two-year divorce battle between the U.K. and the EU, arguing about Ireland, borders, jobs and other issues like that.

Bear in mind there are a wide range of possible outcomes from these events that nobody can predict accurately. Ultimately, any steps you decide to take should be based on your risk tolerance, time horizon, and financial goals. Here are a few different things you might want to think about:

If you’re going to need your money in the short-term and can’t afford much volatility, it could make sense to move away from more volatile stocks and junk bonds and consider more stable investments like U.S. Treasurys, FDIC insured CDs, and higher rated investment-grade bonds. Defensive stock sectors could also make sense. Bear in mind all investments still have various risks to consider and you’ll incur commission costs on any trades you make.Raise cash? Shifting a portfolio from riskier assets to cash might help buffer the volatility of a stock-heavy portfolio. It might also help you take advantage of potential buying opportunities depending on market swings. If there is no dip, then the tradeoff is you’d miss out on any potential returns you could’ve earned from staying invested. For those investors that have both a high risk tolerance and a long time horizon, it might make sense to just do nothing. There are many possible outcomes and market reactions so leaving it invested according to your original plan might make the most sense. For active investors who have experience with options, there are different options strategies depending on how you think markets will move. The risks associated with each strategy vary, and there are variable commissions to take into account as well. Learn more about the ins and outs of options trading at Essential Option Strategies.

“There’s a lot of noise around these types of events and markets often have these knee-jerk reactions,” TD Ameritrade Chief Market Strategist JJ Kinahan points out. “Try not to let emotions get in the way and work to keep things in perspective by looking at the facts, not the headlines, when you’re deciding what moves to make.”

I’ll end with sharing a mistake I’ve made in the past around these types of events: overestimating the number of people who think the same way that I do. This is known as false-consensus bias and it can result in overconfidence—a state of mind that has routinely humbled the best investors and traders in the world.