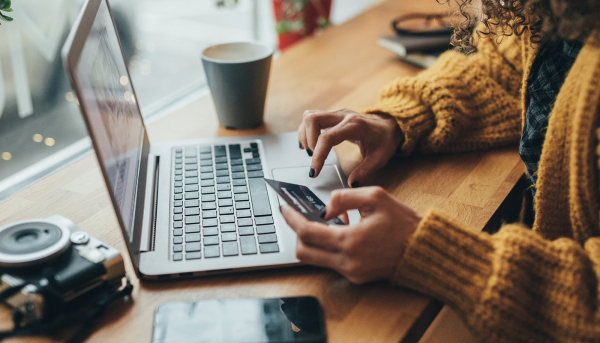 With its earnings release around the corner, Alibaba Group Holding Limited (BABA) is among the companies with shares that have been taking a beating from the escalating tariff issue between the U.S. and China.

Last week, as U.S. tariffs on Chinese imports officially kicked in, shares of BABA continued to deflate. If its Q4 results bear good news, perhaps the Chinese online retailer can shift investors’ focus from tariff woes to its potential as a dominant online retailer in China and its expanding number of business lines. However, with trade tensions escalating and triggering concerns and uncertainty about the future impact to the bottom line, it may be difficult for investors to let recent performance to take center stage.

Wall Street analysts have indicated that they are expecting significant revenue growth for BABA, the largest e-commerce platform in China, which is scheduled to report before the opening bell May 15. However, analyst earnings growth expectations are a bit more modest.

For Q4, BABA is expected to report adjusted EPS of $0.98, up from $0.83 in the prior-year quarter, according to third-party consensus analyst estimates. Revenue is projected at $13.42 billion, up 50.4% from $8.92 billion a year ago. One thing that could be in Alibaba’s favor is that third-party analysts have a more modest outlook for earnings, which means that target could be easier to beat.

Aside from ecommerce, BABA has its hand in a number of other businesses, such as its cloud computing business Alibaba Cloud and logistics company Cainiao. Plus, it’s part-owner of Ant Financial, a major financial institution in China. BABA’s media-focused realm includes companies like Youku, Alibaba Pictures, Alibaba Music, Alisports.com and Daimai.

With most of its consumers in China, BABA does not compete directly with U.S. online retail giants Amazon (AMZN) and Ebay (EBAY), but it seems to be trying to make headway in the U.S. market.

Tariff tensions between the U.S. and China not only failed to reach a resolution after talks last week, the problem seems to be growing. On May 10, tariffs on $200 billion worth of Chinese merchandise increased to 25% from 10%, and the Trump administration has said it planned to impose 25% tariffs on about $300 billion in goods that Americans buy. In response, China said it would retaliate by raising tariffs on some $60 billion in goods, some by as much as 25%.

BABA’s Q4 earnings call could give investors a better sense of how executives are feeling about the trade war’s role in its business. In a previous call with analysts, BABA’s vice chairman Joseph Tsai said the company was not very concerned about the impact—both on the company and the Chinese economy at large—of higher costs of U.S. goods sold in China. He said that if BABA and Chinese consumers faced higher prices on U.S. goods, the company would likely turn to domestic suppliers.

Still, BABA shares have been tanking in tandem with negative news on the standoff.  Shares have lost about 13% in the past week as of May 13.

Before the latest round of tariff trouble, BABA had been on a tear this year, with shares still up about 26% year to date as of May 13, outpacing the S&P 500’s ($SPX) 13% climb during that same time.

Last quarter, BABA reported fiscal Q3 earnings of $1.77 per share that beat analyst estimates, and revenue of $17.1 billion. It said its China retail marketplaces had 636 million active annual consumers, which is about twice the entire U.S. population. Shares closed about 6% higher following the report.

Its free cash flow of $7.5 billion last quarter has allowed it to spend money on other businesses, including investing in Ele.me, a food delivery platform, and Koubei, a local services guide, BABA’s chief finance officer said in a statement.

The options market has priced in an expected share price move of 5.3% in either direction around the earnings release, according to the Market Maker Move™ indicator on the thinkorswim® platform.

For the May 17 weekly expiration, call activity has been higher at the 175 and 180 strikes. Put volume has been heaviest at the 170 strike. The implied volatility sits at the 48th percentile as of Monday.

FIGURE 1: RUNUP AND PULLBACK. Though shares of Alibaba (BABA) have taken some heat in recent days as trade tensions heat up between the world’s two largest economies, BABA shares are still up over 25% since the first of the year. Data source: Nasdaq. Chart source: The thinkorswim® platform from TD Ameritrade. For illustrative purposes only. Past performance does not guarantee future results.