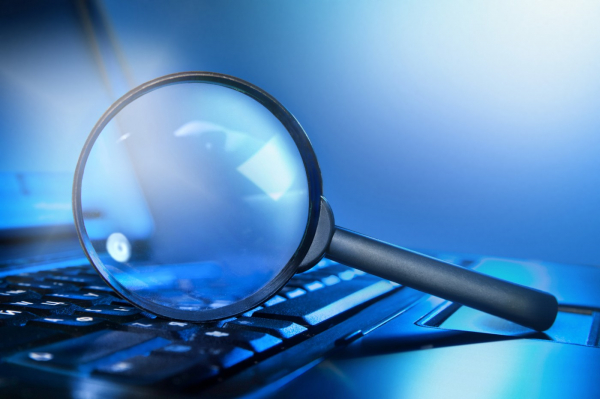 Even amid pressure from increased competition in online advertising realm, Google parent Alphabet Inc. (GOOGL) shares have been on a rip this year, up about 21.5% year to date as of April 24, versus a 17% rise in the S&P 500 (SPX). The search engine giant is scheduled to release Q1 results after the closing bell April 29.

As one of the FAANGs, which include Facebook (FB), Apple (AAPL), Amazon (AMZN) and Netflix (NFLX), Google is a kind of bellwether for big players in the technology sector. For much of 2018, FAANGs’ momentum helped drive a solid rally for much of the year, and then played a large role in Q4’s steep losses. So far this year, FAANGs have had a lesser role in the more-broad-based rally, but their positive drive has certainly also contributed.

GOOGL itself doesn’t provide quarterly guidance, but the Street expects it to report Q1 adjusted EPS of $10.56, down from $13.33 in the prior-year quarter, according to third-party consensus analyst estimates. Revenue is projected at $37.33 billion, up 19.9% from a year ago.

In Q4, GOOGL shares slid about 3% after it reported rising costs and a decline in advertising prices, where it gleans a good deal of revenue. Its core advertising revenue grew 20% to $32.6 billion, which was about the same rate of growth it saw in Q3, meaning that line of business had hit a bit of a plateau. Meanwhile, the costs for traffic acquisition, for example what it pays to other companies to be a default search engine, climbed 15% year over year to $7.44 billion.

Still, GOOGL showed it continued to expand its hardware sales and cloud business, and earnings and revenue topped Street estimates. Q4 revenue was $39.3 billion, up 22% from the year prior, and earnings were $12.77 per share, up 12% year over year.

Its “other revenue,” which includes Google Play, hardware and cloud computing, increased 31% year over year to $6.49 billion, although the company did not break down that number to show exactly where the growth came from. CEO Sundar Pichai said in an earnings call that Google Cloud was one of the company’s “fastest-growing business segments.” He also said the company “more than doubled” the number of Cloud Platform deals over $1 million and the number of multi-year contracts, although he didn’t provide specifics.

“Everything we do at Google is united by the mission of making information accessible and useful for everyone. Providing accurate and trusted information at the scale the internet has reached is an extremely complex challenge and one that is constantly getting harder,” Pichai said.

In events since its last quarterly report, GOOGL was hit with a roughly $1.7 billion antitrust fine from the European Commission over what the commission said was abuse of its dominant position in the market. GOOGL is accounting for the entire fine in the first quarter, so that will reduce its earnings and operating income, as well as its net income. That’s the third massive fine for GOOGL from the EU in about three years, totaling about $9.4 billion, so investors are likely hoping its regulatory headaches are over soon.

The options market has priced in about a 3.6% stock move in either direction around the upcoming earnings release.

For the May 3 options expiration, volume has been light overall. Put options have been most active at the 1230 strike. On the call side, the 1300 strike has been the most active, followed by the 1310 strike. Implied volatility was at the 42nd percentile as of Friday morning. 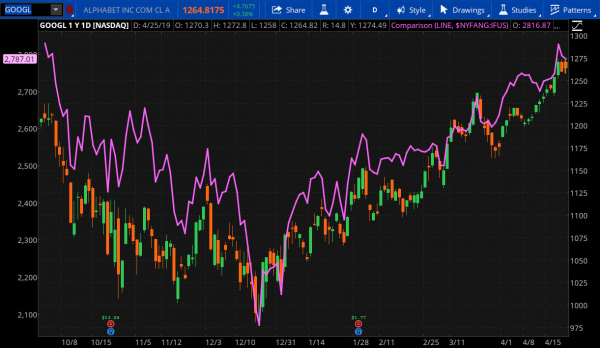 FIGURE 1: FOLLOW THE FAANGS. In general, shares of Alphabet (GOOGL – candlestick) have followed those of the other components of the NYSE FANG+ Index ($NYFANG – purple line) — hit hard at the end of 2018 and recovered swiftly. Data source: Intercontinental Exchange (ICE). Chart source: The thinkorswim® platform from TD Ameritrade. For illustrative purposes only. Past performance does not guarantee future results.